East-Meets-West Entertainment In the News TrendingNovember 30, 2018 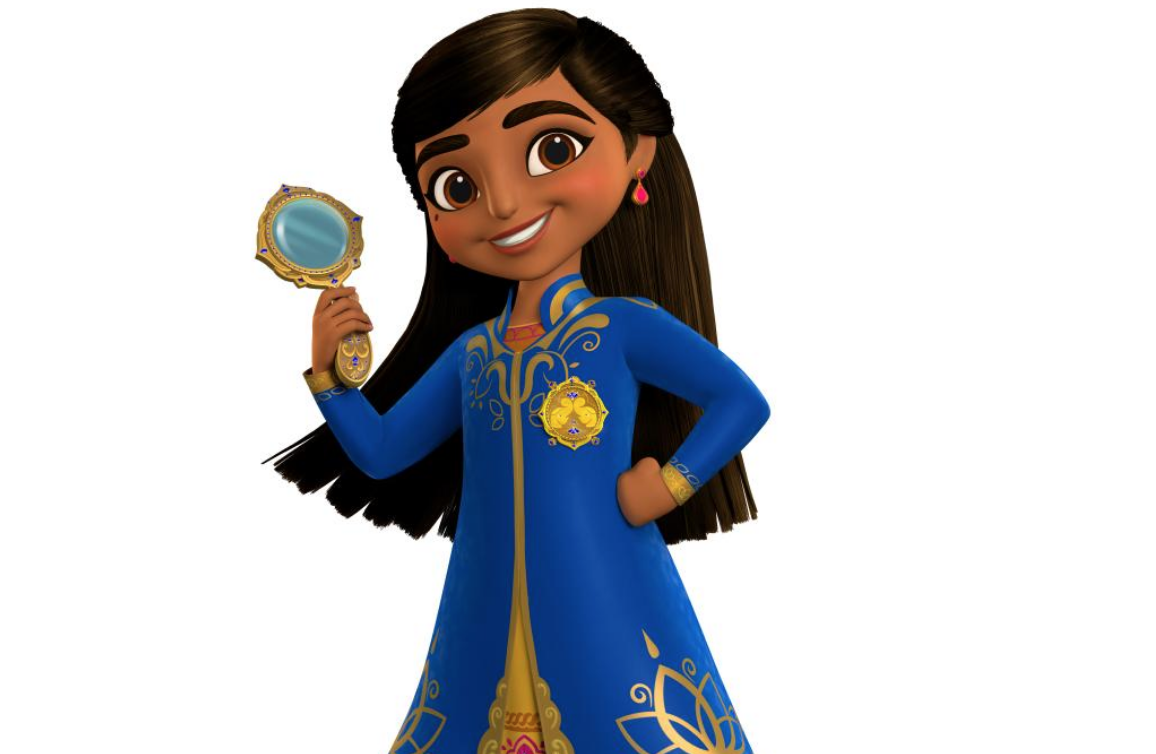 Yesterday, Disney announced a new show for their junior network, slated for release in 2020. The show is called “Mira, Royal Detective” and is about the adventures of a smart young girl named Mira in the kingdom of Jalpur. Though a commoner, her ability to solve mysteries for both members of the royal household and common people in the kingdom has earned her the title of Royal Detective. Each episode will feature two 11-minute stories about Mira and her merry band of mates. The show also features “authentic music, dance, and customs that are rooted in India’s vibrant heritage.”

“Mira, Royal Detective” is set to debut on Disney’s Juniors channel in 2020, and we can barely contain our excitement. If the possibility of baby desi Sherlock Holmes is not enticing enough for you, take a peek at the star-studded cast.

This 15-year-old newcomer is all set to make her Disney (and social media) debut as the lead of the new series. She’ll be voicing the title character in “Mira, Royal Detective,” the young, sleuthing star of the show.

Today is the season finale of Mech-X4. The whole journey has been so amazing with everyone who helped me get there including my friends, family, and the fans of the show. I've had so much fun playing Harris and am glad I'll be able to play him in seasons to come. Today we will be doing a live tweet/instagram Q&A and will try to answer a bunch of questions you guys have?! But again thank you everyone who stood by us, watched, and gave the same appreciation I did when I stepped on set the first day. Love you all! I also couldn't forget to include a photo of @nathanielpotvin and I with Moana herself (@auliicravalho ), and @pearcejoza and I at the RDMA's. #mechx4 #askmechx4

Kamran’s been on the Disney roster since 2016, starring on “Mech-X4.” Now, he’s all set to star as Prince Neel, Mira’s best friend, and a talented inventor at that.

This 19-year-old newcomer stays stunting on IG (no, really, follow her and cry with us about how cool she is), and soon she’ll be voicing Priya, Mira’s artsy cousin.

Now that he’s had a break from “Harold and Kumar,” and working for Obama, and playing a speechwriter on “Designated Survivor,” and generally being a star on Twitter (seriously what can’t the man do???), Penn will lend some comedic voice acting to “Mira, Royal Detective” by playing a Mongoose name Mikku.

BG’s favorite brown boy (We all know it’s true — we’ve been stans since day one) will join pal Kal Penn as the other mongoose, Chikku.

Off to the next adventure

Okay, is no one else shook about this??? Pinto will voice Queen Shanti, Mira’s mother, and we cannot wait to watch her character in action.

This is a love letter to all you ride or die sisters who have been sliding into my DMs and writing monologues in my comments about how to navigate a bang free life and my Big Bang Theory is this: those who have walked this road of growing out these pesky hairs know that the struggle is real and temptation to snip is ever present so THANK YOU for the insane photos you have all sent of your own hair woes, your daily reminders that a bobby pin is my friend and that a new lewk is a good thing. You are my sisters and get the the draaaaaama I’m bringing is understated. Also this will be my speech if I ever win an Oscar. I’m dedicating it to YOU who supported me on this journey. To the rest of you: I’m sorry and will go back to my scheduled programming about cats and bullshit rompers shortly. #oldphoto #oldhairs #oldlife

That’s right people. Disney also managed to rope the best character on “New Girl,” Cece (seriously, I’ll fight anyone on this), into the gang! Simone will voice a young girl named Pinky, and if that isn’t the most desi thing you’ve ever heard, you’re insane.

Remember earlier this week when I said that I found that new red carpet pose? I NEVER LIE. (Sorry @vanityfair ) ? @soulstealer007

The “Mira, Royal Detective” cast would be incomplete without our new best friend, Jameela Jamil, of “The Good Place” fame. As she shared in a super sweet post on Twitter, she’ll be joining the cast to lend her voice as Mira’s Auntie Pushpa.

Sat down with @thedailybeast to chat about the cultural changes since I first performed Sakina’s Restaurant in 1998 and the role it plays in today’s society. Tickets are available through Nov 11th via the link in my bio!

You’ve seen the man in about a million things and he’s a fan favorite here at Brown Girl. Mandvi will play Mira’s father Sahil, and we’re ready for dad jokes and lectures about ‘when I was a young boy…’

mindy tucker (@withreservation) is a magical gem with a keen-eyed lens. we are all the luckiest for her. congrats on a decade of capturing a comedic village! oh AND she is truly the most delightful person to get to see on a regular basis ?? go celebrate her at butterboy at littlefield tonight at 8! but every day too.

She was great on “BoJack Horseman,” she’s iconic on Twitter and she’s written for about a billion great shows. Now get ready for her to play Meena, another one of Mira’s cousins, and part of the sleuthing squad.

Fun fact: these stairs were burning hot when we did this shoot. so just know I suffered for this shot.

Our boy Ravi’s all grown up!! In case you’re missing Karan from his “Jessie” and “BUNK’D” days, he’s rejoining the Disney crew to voice Prince Veer.

In case you were wondering, YES we absolutely are dying about this too! Sarayu will play a secondary role in the cast, appearing occasionally as the royal tailor.

Parvesh Cheena and Sonal Shah will also feature in a limited number of episodes as bandits Manish and Poonam.

Announcement: If anyone in the world at all needs babysitters after 2020 I gotchu. Your kids are I are gonna have some great “Mira, Royal Detective” marathons.

Oh, and I’m set with my niece’s Christmas/Birthday/just-because-you’re-cute gifts for the next three years, at least. My guess is most South Asian kids will be getting “Mira, Royal Detective” gifts for the next several years, and it’s about time kids see more images that look like them as they grow up.