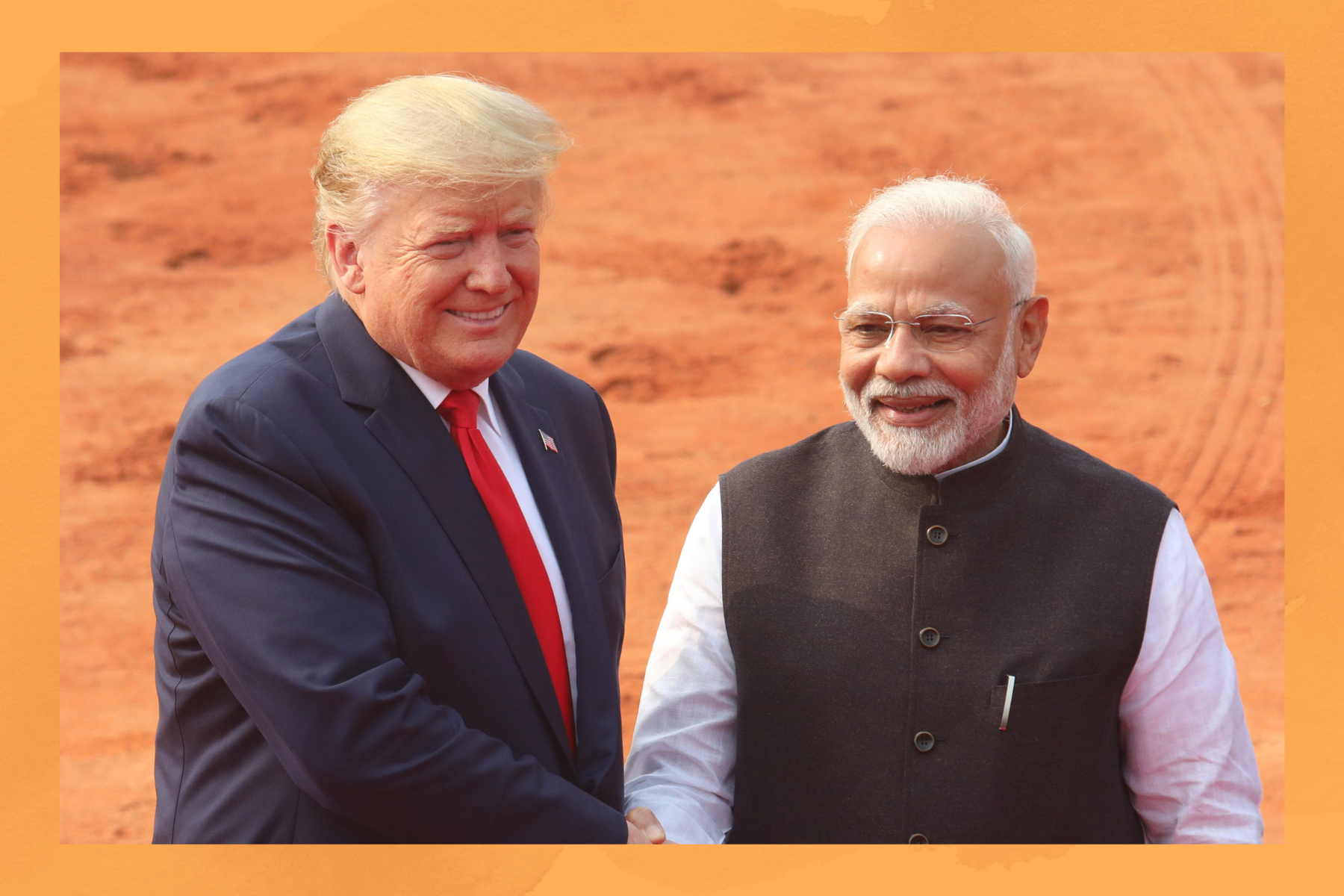 All eyes are on Delhi as farmers who have been protesting unfair agricultural legislation for weeks hoisted the Nishan Sahib, or Sikh triangular flag, up outside the Red Fort. Violence followed as protesters took to the streets and clashed with Delhi police, who brought with them lathis (large wooden sticks) and tear gas. But the significance of this event was magnified due to it being Jan. 26, India’s Republic Day, when the Constitution of India took effect.

Many national and global figures condemned the protests as a despicable act and drew comparisons to the U.S. Capitol insurrection on Jan. 6. The problem? Trump’s white supremacist actions that incited the riots in Washington, D.C. don’t parallel those of the Sikh farmers. Rather, they can be compared with Indian Prime Minister Narendra Modi’s government.

But, making this comparison is a fundamentally flawed analogy and this begins with the buildings where these incidents took place. The Red Fort in Delhi is a Mughal relic which now serves as a park and public site. Meanwhile, the Capitol is the working office of the federal government and some of the top officials in the country were forced to go into lockdown in an attempt to protect their lives.

The irony around the rhetoric of preserving the Red Fort from India’s days of Muslim rule is exacerbated when compared with other recent events, such as people involved in the demolition of the Babri Masjid, another historical Mughal site, to build a Hindu temple being acquitted. It is clear that right-wing Bharatiya Janata Party (BJP) supporters don’t hold themselves to the same standard, but rather, twist principles to fit their broader agenda. Thus, the fundamental analogy is flawed: This was not a threat to the Indian government, nor was it an insurrection because of the sheer nature of where it took place.

[Read Related: Farmers in India are Protesting Against new Agricultural Legislation and Here’s Why]

The farmers protesting the farm bills are amongst the most marginalized in the country. Additionally, suicide rates for Indian farmers are at an all-time high as they have been forced to fight for fair prices for years to keep up with corporate money from business conglomerates such as the Reliance and Adani Groups, two of India’s largest multinational chains.

A better comparison would be likening these farmers to Black Lives Matter protesters in the U.S. this summer, who, in the face of systemic oppression, were standing up to protect their rights. Both Sikhs and Black Americans have been historically discriminated against, whether it be through the institution of slavery in the States or the 1984 Sikh Massacre in which thousands of Sikhs were murdered. Both groups suffer inequality as a consequence and should not be criticized for organizing in protest of their current status.

The unfortunate reality is that both the Trump and Modi governments were and are strongly right-wing and borderline fascist regimes that operate(d) on a nationalist agenda. Despite both countries’ constitutional commitments to equality amidst diversity, they have been oppressing minority groups for years and this has reached its height under the most recent administrations.

Sikh farmers are only next in line in a chain of the groups already subjugated by the Modi government including women, Dalits, and Muslims. Trump, similarly, in his white supremacist quest, put down groups including Muslims, Latinx individuals, and the Black community. Much like Black Lives Matter efforts have been globally supported and Trump and the Capitol riots were condemned, it should then follow that Sikh farmers are supported and Modi and Hindutva actions are condemned.

Agriculture accounts for nearly half of India’s workforce and is largely prevalent in the states of Punjab and Haryana, which have a sizable Sikh presence. Indian farmers also make up 11.2 percent of suicides in the country due to poverty and stress over cultivating and selling crops. These groups have been protesting for nearly six months now without any resolution from the Modi government and have faced an internet shutdown around areas of New Delhi, with journalists covering the protests also being charged; it is clear that blatant human rights violations are taking place by the current administration.

Ultimately, the very nature of a protest should make it so that the protesters themselves aren’t blamed for the incident. Protesters are fighting to be given protection under the law, and if they aren’t extended the privilege to voice their contempt against those in power, then India as a country can no longer call itself a healthy democracy.

The struggle for liberation transcends borders and we cannot change our moral framework from country to country. Protests are not designed to be comfortable for those in power. Rather, it is the discomfort that breeds change. Therefore, instead of criticizing the actions of the protesters themselves, the government must be questioned as to the tool which allows such discrimination to fester. In this case, Modi’s Hindu Rashtra should be unequivocally condemned.

Anvee Bhutani is currently an undergraduate student at the University of Oxford in the UK where she is studying Human Sciences. Originally from Silicon Valley, California, she is involved in student journalism, serving as Managing Director of her university publication. Anvee has a keen interest in telling stories and writes about identity, politics and global affairs.