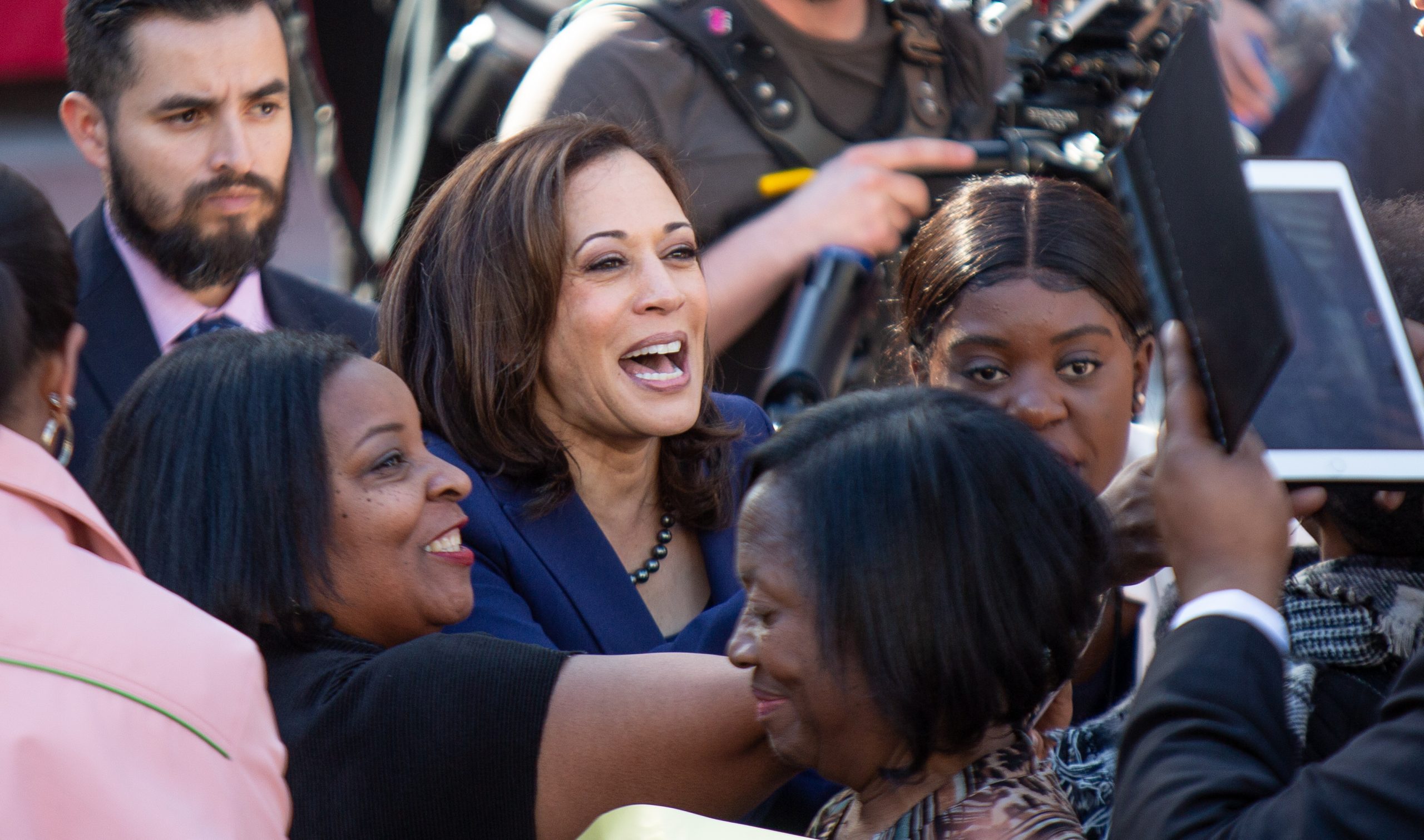 We’ve witnessed the same election cycle every four years. A male candidate runs for president, engages in complex and sometimes seething debates, and then it happens. The candidate selects his running mate for vice president who is usually also male. History came to a screeching halt when Democratic presidential nominee Joe Biden hand-selected Sen. Kamala Harris as his vice-presidential running mate on Tuesday, Aug. 11. It sent shockwaves of glee throughout Black and brown communities in the United States. While Democrats look at this as a strategic political move for Biden’s campaign, the well-received appointment is a win in both the West Indian and South Asian communities for more than just political clout.

This is exactly why Harris is especially important to Caribbean-American women. While she represents a point of view that is so often excluded in politics, which is that of a woman of color, to West Indian American women like myself and many of you reading this article, she represents something much deeper. The point of view of a West Indian American woman. You see, Afro-Caribbeans, Indo-Caribbeans, and Asian-Caribbeans living in the United States are often identified by ethnicity, while recognition of our ethnic Caribbean backgrounds is often dropped. We’re grouped as African-American or South Asian but not as Indo or Afro-Caribbean American. Harris is not just a Black, African-American, or bi-racial woman to us. Caribbean women celebrate her as a West Indian American. She’s one of us! In our community, she is celebrated as a senator.

Today and every day, let us celebrate #BlackJoy.

Harris the Jamaican-American and Indian politician. Her potential appointment to vice presidency symbolizes a moment of representation that has been lacking for years – a face of our own in one of the most powerful positions in the United States. It’s iconic. It’s groundbreaking. It damn right makes us proud because rarely are “West Indian American” women celebrated or acknowledged. She’s put a minority group among minority groups on the map. It’s one of the few instances in U.S. history where we actually feel represented.

Should Joe Biden win the 2020 election, Harris’s appointment would translate into a beautiful irony that the White House has never known. One that West Indian women have never known. Gracing its halls would be the first Jamaican-American female vice president. The White House, a historical landmark that was built on the backs of dehumanized Black slaves. Slaves that looked like Harris and her Afro-Caribbean father.

Joe Biden is a leader who can unify the American people, because he's spent his life fighting for the American people. And as president, he will build an America that lives up to our ideals. I'm honored to join him as our party's nominee for Vice President, and do everything it takes to make @JoeBiden our next Commander-in-Chief.

As West Indian American women, both Afro-Caribbean and Indo-Caribbean millennials and Gen Zers have spent the last two to three decades of our lives with few West Indian female icons to highlight.  Whether on the cover of top fashion magazines to top executives of Fortune 500 companies, rarely were West Indian women appointed and celebrated in powerful and influential positions. Harris, whose first name in Hindi means “lotus” or “pale red,” is the daughter of Jamaican and Indian immigrants. Her late mother, Shyamala Gopalan Harris, was a breast cancer researcher. Her father, Donald Harris, serves as Emeritus Professor of Economics at Stanford University. Harris credits her work ethic to her mother’s influence.

“I was raised that, when you see a problem, you don’t complain about it, you go and do something about it.” – Harris, during an interview with Good Morning America

It’s a concept that’s all too familiar to both South Asian and West Indian children of immigrants.

Additionally, Harris is a graduate of the famous and Historically Black College (HBC), Howard University. Howard University, as other HBCs, is one of only a handful of universities that admitted non-Black students of color, including Indo-Caribbean students, during segregation. One of its most prominent students was Cheddi Jagan, Guyana’s late and former Indo-Caribbean President.

Why is this important to note? In an age of racial upheaval and a reinvigorated Black Lives Matter movement, many non-Black communities of color, particularly immigrant communities, such as the South Asian community,  have oftentimes misunderstood the Black community perpetuating its pre-existing colonization-derived notions of anti-Blackness. We’ve heard it plenty of times from our immigrant relatives: “But we came here with nothing and worked our way up, why can’t they?”

Shyamala Gopalan was a single mother who raised a child who would go on to be the first Black and Indian woman Vice Presidential nominee in American history. To great mothers, may be remember them when their children triumph. ???? . . . . . . . . . . . . . . . . . #kamalaharris #kamaladeviharris #vp #vicepresident #nominee #bidenharris2020 #indianheritage #brown #crpwnthebrown #indianroots #blackasian #women #womenempowerment #politics #2020 #feministart #feminist #womenforwomen

Here at Brown Girl Magazine, we’ve had frequent discussions on dismantling anti-Blackness within our own community. What some immigrants of South Asian descent fail to realize is that the Civil Rights movement, founded by our Black counterparts, is what has even allowed us the privilege of being able to live in America. Indian womxn, brown womxn, and all immigrant men and women are here because of African Americans.

“Let’s be clear. This is a nation founded by immigrants. Unless, you know, your history is of your ancestors being kidnapped and brought over on a slave ship, unless you are Native American, your people are immigrants,” Harris said during an MSNBC Town Hall in May 2019.

Whether Harris will serve as the right hand to the president of the United States remains to be seen. What we do know is that one of us has ascended to a powerful arena historically excluded from us. This is to be celebrated. A West Indian American girl. A South Asian girl. An African American girl. A girl, period. Harris represents groups who were never supposed to make it to the White House. When my Caribbean American daughters and your daughters flip through the pages of a history book, they may just see one of us as a prominent political and historical figure, something we didn’t have.