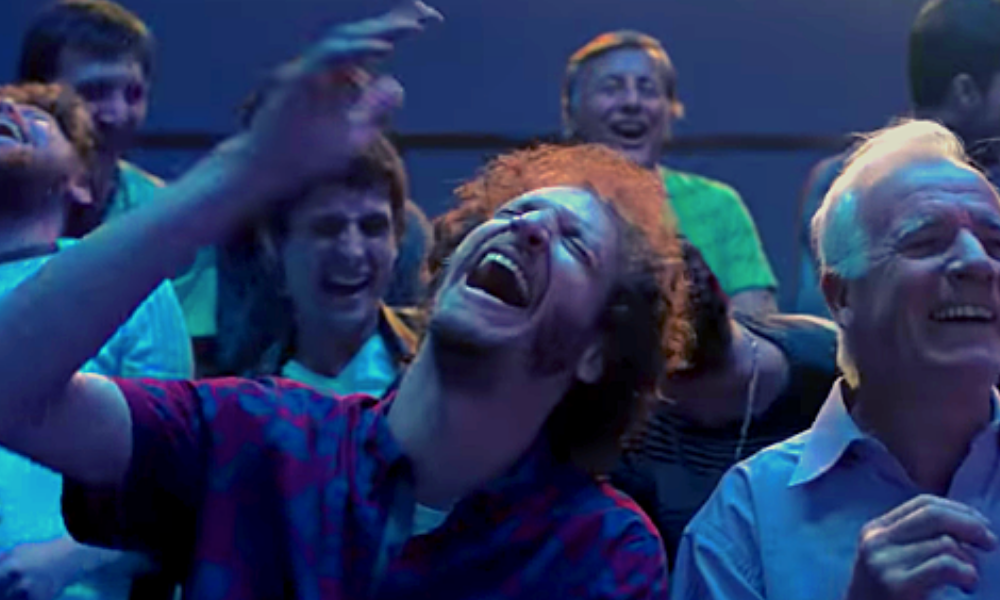 That was the new company slogan Gillette unveiled earlier this month in a commercial that addressed toxic masculinity head-on. The first I heard of this commercial was from a CNBC headline highlighting its controversy: “Gillette draws fire for #MeToo commercial that challenges ‘toxic masculinity.’” My initial reaction was cynicism. A major corporation releasing a commercial addressing a contemporary, hot-button, sociopolitical issue? It had to be a PR move to cover up something it did wrong.

Then I actually watched it. It featured men stopping bullying. It showed them stepping in when other men were catcalling women. It addressed the #MeToo movement—not by dancing around it with euphemisms, but with plain words: “sexual harassment.” It reminded us that young boys are looking up to grown men to model good and moral behavior. The message was clear: Being “a man” didn’t equate to being a bully or a harasser. It meant rejecting the age-old saying of, “Boys will be boys.” Being a man meant standing up for what’s right.

It was an admirable and touching commercial. I couldn’t see anything wrong with such a message whatsoever. There were no tone-deaf remarks, no cringe-worthy attempts to be woke, and not even any self-congratulating notions for simply acknowledging these issues. So, what was the controversy all about?

Then I looked at the analytics. At the time of writing, the video has around 700,000 dislikes on YouTube. I also did the one thing you’re told not to do on the internet: read the comments. Some were supportive of the ad. Some were the usual, self-referential internet meme jokes. Unfortunately, the majority were negative and downright alarming.

“[I] will never shop with you again. Get woke go broke,” commented one user, with more than 1,700 upvotes on the comment. “Thank you for man-shaming. I’ll buy my razors from a company that doesn’t shame-fart in my mouth just because I’m male,” said another with over 1,000 upvotes. Clearly, “men’s rights activists” are upset. The Twitterverse was equally charged with both men and women attacking the message, some effectively propagating toxic masculinity with their responses.

Any guy I hear endorsing that #GilletteAd is not someone who’s EVER going to get inside my knickers. End of story.

One brand’s trash is another brand’s treasure. After 40 years I’m switching and taking two sons with me. #onebrandstrashisanotherbrandstreasure #GilletteAd @bhalla_p @Gillette pic.twitter.com/2YtTZHQwHF

But these people aren’t just directing their anger at feminists and “woke culture.” They’re attacking other men, calling those who used Gillette razors “beta males” and “cisgender soy boys.” Why? All because they feel like they’re being lectured?

To have a multinational corporation address these issues is encouraging because any political statements are risky business moves. Sure, there are reasons to be cynical. At the end of the day, Gillette is a business. Their goal is to sell products. Where do we draw the line between praising Gillette for taking a publicly progressive stance and recognizing that this commercial is just that: a cleverly executed ad campaign that some say is just an example of virtue signaling.

[RELATED: Want to Be a Better Ally For Women? Ask Them How. That’s What I Did.]

In an official statement, Gillette promised to donate $1 million dollars every year for the next three years to non-profit organizations like Boys & Girls Club to “provide young men with the important social and emotional skills they need to communicate effectively, to work with others, and develop coping mechanisms in order to face challenging situations.” This is definitely admirable. Of course, you could argue that a company worth $17.1 billion can afford to donate so much more.

But only focusing on this overlooks the significance of the public reaction to the commercial. Gillette, for whatever internal reason, simply put out an ad encouraging men to just be good people. Good people do not bully. Good people do not catcall. They do not mansplain. And they certainly don’t harass others in any capacity. Except the reaction they received wasn’t just cynicism — it was hate.

I’m angry at these reactions. I don’t believe the commercial is hating all men. It’s not saying all men are toxic. It’s simply encouraging all men to call out and check this type of behavior if they see it. It’s asking men to be champions for their mothers, partners, daughters—and their fathers, brothers, and male friends. But to be honest, I’m not surprised at the polarized response. The fact that so many men feel offended by such a seemingly simple notion speaks to how far-reaching and ingrained toxic masculinity is. It speaks to how essential reflection and growth are to every man.

I wish I could say that not all men are like this, but I won’t. If this is the best men can be, then all men desperately need to do better.