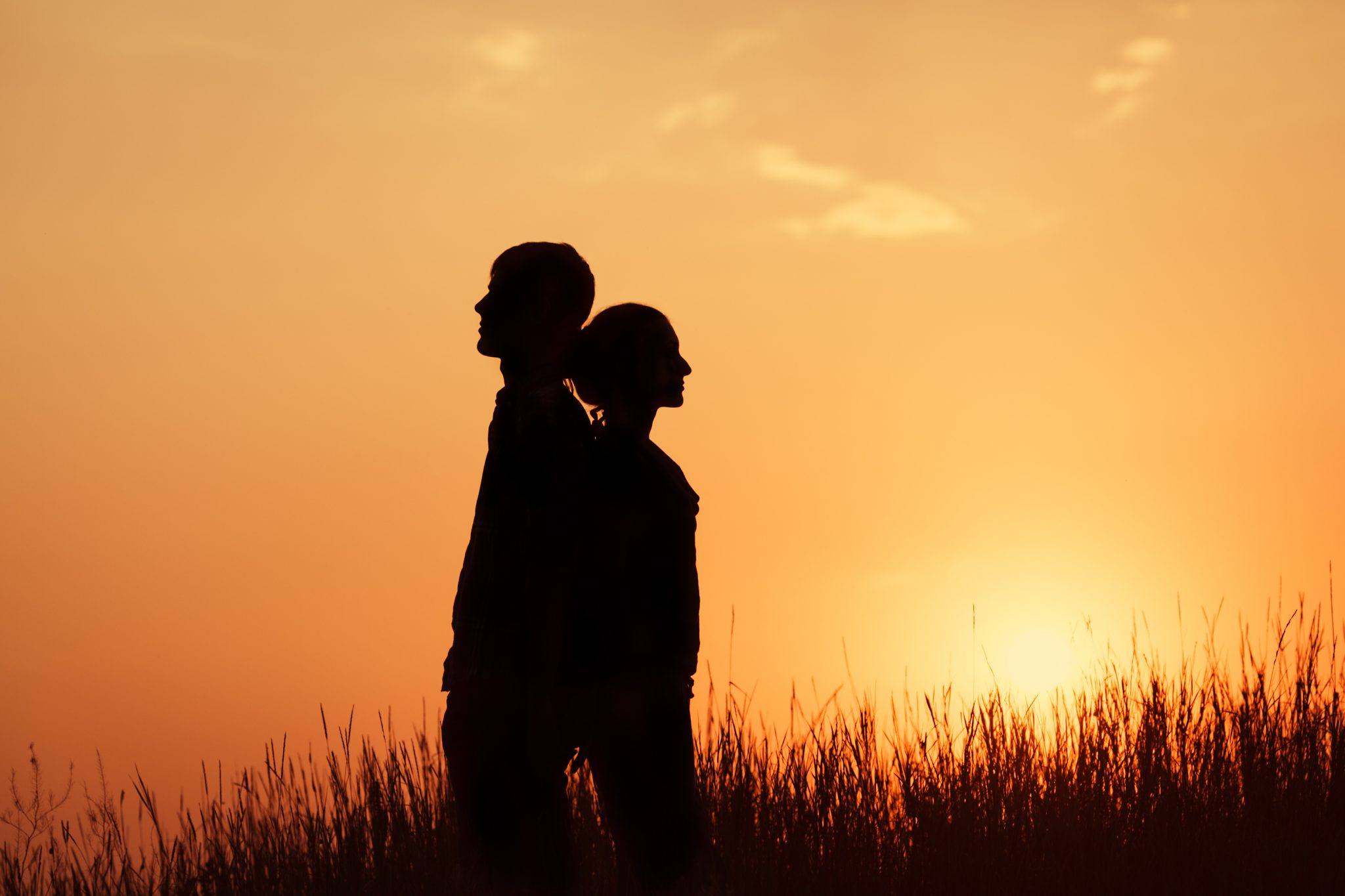 According to the unspoken rules that defined our upbringings, our story should have ended there. The moment we discovered our difference—about an hour into our first date—we were supposed to chug the last of our coffee, politely shake hands because a hug would be too intimate and say, “it was nice to meet you.”

But I was drawn to his way of speaking and his laid-back nature. He was the kind of person who could wear sweatpants and a hoodie on a first date and get away with it. And maybe he felt attracted to me, too. So we let our identities as “Pakistani” and “Indian” blow away like fall leaves, while we slipped into an easy conversation about basketball, living in Houston, and our friends. We went on this way for three hours, his fingers wrapped around a mug of black coffee as he spoke, taking his time with each word. Me, rambling quickly with big hand gestures.

When it came time to go our separate ways, we exchanged a quick side-hug and said a casual see you later like we were old buddies. I texted my friend that evening saying, “I really wanted to give him a huge bear-hug.” But I restrained myself and tried to act as cool as him.

Within a few weeks, we were close friends—texting non-stop, having deep conversations about happiness and philosophy, pushing that nebulous line between friendship and romance.

But that line was not one we’d cross easily. It was drawn 72 years ago when the British ended their colonial rule over India and partitioned the subcontinent into two nations, divided by religion. One of the most violent mass migrations in human history ensued. Millions lost their lives in a mutual genocide between Hindus and Muslims, and millions more were displaced from their homes.

To him and me, Partition seemed like ancient history. But we knew its legacy lived on.

One evening, we went to a Houston Rockets game together. Standing outside the arena, he told me he’d mentioned to his mom that he was going to a basketball game with a girl. His mom asked if the girl was Muslim. He had said no.

I knew then our separation was inevitable. An impassable line lay between our matching copper-skin tones and dark brown eyes. But at that moment, I only wanted to be with him. So I pulled him into the basketball arena and engrossed him in NBA trivia before he could say anything more.

The next time we met, there were things we needed to say to each other. Things we needed to work out. We were sitting in the gym parking lot, sweaty after completing a yoga class together, and I could feel a heavy conversation looming. I was hoping that if I lingered in his car long enough, he’d lean over and kiss me, and we could forget about reality.

Instead, he looked straight ahead, wanting to say something but not sure how to say it. He was frustrated and drained by the situation, and I needed to acknowledge it too. Both of us were living at home with our parents and felt compelled to hide our whereabouts in order to meet. He was irritated that his parents’ outdated mindset had a strong pull on him. I, too, heard my parents’ voices in my head, telling me to back out.

“Don’t make life more difficult,” my mom would say. “There’s just too much history there,” she’d add, trying to justify the archaic animosity between Hindus and Muslims.

I understood her urge to justify it. She, like my father, is the child of Indians who lived through Partition. I’ve grown up hearing both of their parents make discriminatory comments about Pakistan and Muslims. The underlying racism in my grandparents’ attitudes made me cringe, but for my parents, those comments were tossed around the dinner table, implanting a prejudice in their entire generation. Those biases would not be easy to erase.

As I sat silently in his car, I heard my mom’s voice ringing in my ears, urging me to forget him. Minutes passed this way but finally, we reasoned that we were just friends anyway and there was no harm in that, was there? Who knows what will happen, so why create unnecessary stress?

But a few days later, we couldn’t say we were just friends. We’d gone to see Mean Girls in the park. It was dark outside when the movie ended. We walked to the street corner together and when it made sense for us to each turn a different way, I started up a conversation, just to be with him a little longer.

When there was finally nothing left to say, he looked me in the eye and then at my mouth. I leaned in and our lips lightly touched how they’re supposed to. My hands slid around his neck, and his arms pulled me in close.

We had the difficult talk the next time we met. Neither of us agreed with our parents’ views but we both needed our families and feared losing their support. So, after a long kiss, we thought it would be our last, we said goodbye.

Only a week passed before we re-entered each other’s lives. The Snapchat he sent me of his breakfast one Wednesday morning was enough to spark a longer text exchange. We enjoyed the back and forth banter and talking again. Even through a screen, it brought back the longing. I gave in to my emotions and said, Why not?

I was still getting to know this boldness in myself. By nature, I’m a rule-follower. My mom often reminds me that, as a child, I would ask for her permission to fall asleep in the backseat while she was driving. I’m the person who had a near panic attack when I thought I might have cheated on an assignment (I hadn’t).

I worked hard through school, not for the love of learning but because I was trained to do so. I followed the worn path, keeping my eyes on the next gold star, no distractions. And It seemed to work: I’d landed at a top college and ultimately a corporate job my family could brag about to their friends.

But eventually, I started to unravel. I was in my first semester at Harvard Law School, a place I ended up in because, apparently, it would lead me to even greater things. During my first few weeks there, I struggled with debilitating anxiety. Anxiety so painful I requested a leave of absence and moved back home with my parents.

When I finally reemerged as a real human a few weeks later, I felt a new freedom to do whatever I wanted. I grew bold, deferring law school another year and taking up a job as a writer. I questioned everything to get to the core of myself.

When he came along, I was ready. I wouldn’t let an irrational cultural bias drive my decision about whom to have a relationship with.

But he was more restrained, unsure whether this was a battle worth fighting. And though I may sound gutsy, I, too, was scared. Leaving law school was one thing. Choosing a love I was trained to see as forbidden was another.

We finally decided to keep seeing each other temporarily. He was moving across the country soon anyway so just until then, we said. No games. My friend warned this was dangerous territory. Ripping off the Band-Aid is better, she said. I disagreed. I know myself. I won’t get attached. In my mind, knowing the relationship had an end date would keep my emotions in check.

But we were soon in the back of his car, parked on the top floor of the empty movie theater parking lot, whispering those three words into each other’s ears. On our days off, he’d come with me and my dog Pearl to the dog park. I noticed Pearl took to him quickly, the same way I did. She barks at everyone else, but with him, she sits right under his legs and lets him pet her head.

My friend was right. That last goodbye and the days after did hurt but hurt is all right, I’ve realized. I think it means we did something right. We let go of the future and what it may or may not hold, and we gave in to the present. We put aside the weight of other people’s expectations, and we played by our own rules.

Thousands of miles lie between us now, and neither of us dares predict the future. We cut off our communication because, with us, there’s no moderation. It’s an all or nothing endeavor, and neither of us was ready to put in our all.

I like to root for our relationship, pondering that maybe one day we’ll land in the same place again, and maybe then, we’ll be older and stronger and ready to dive in. We’ll boldly challenge our parents, bridging the cultural divide by example.

But I know our paths may never cross, and we may simply be fond memories in each other’s pasts. Maybe one of us will fall for someone else. Or maybe we’ll meet again and discover our relationship worked only because we both saw it as time-constrained. I do not know.

For now, I think back to our memories together, his arm around me, eyes dazzling and easy smiles, and I remind myself of what is possible when we dare to cross the line.