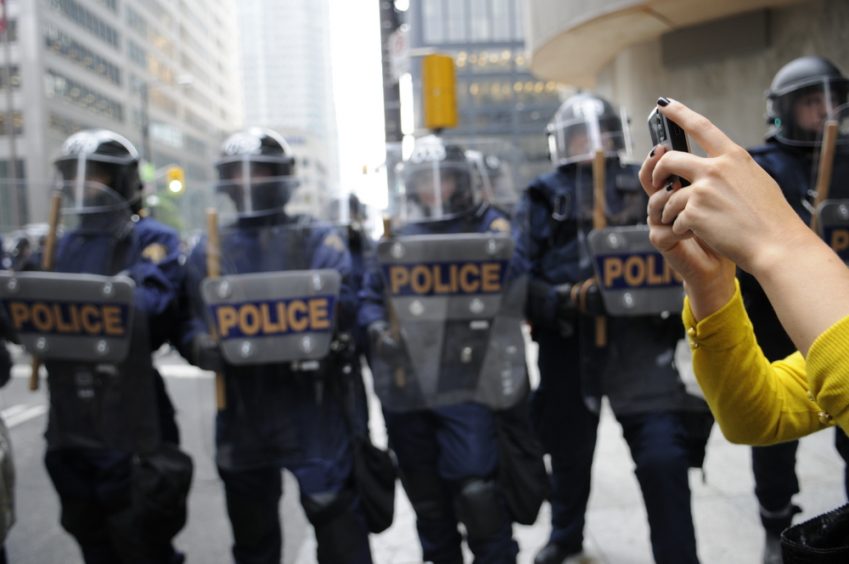 This article was originally published in TMO Media and republished with permission.

This time around, at this point in history, the revolution is devotedly televised, meme-fied, and commodified. It is televised because our numbers are difficult to ignore; meme-fied because this generation is set up as a perpetual hunt for punchlines; and commodified because, now, activism sells and the corporate powers that be want to tap into these newly discovered cash flows with their feminist t-shirts and seemingly woke branding.

In one of the most recent materializations of activist commodification, Pepsi fell flat on its face with its attempt to co-opt protest culture. It did not take any think-pieces or collaborative social deconstruction to immediately understand all that was problematic with having Kendall Jenner, and Pepsi by extension, represent the savior of the revolution.
Marginalized communities will be the first to tell you that the fight for enfranchisement is a long and perennially difficult trajectory. It requires maintaining perpetual visibility and showing up for the interests of not only your own people but for the communities who are in need of allies. A Pepsi cannot do that. If that were the case, Black men across the country would always keep a case in their vehicles for any “routine” traffic stops.

The generations before us never had an easy cure for strained government/police power-civilian relations. We do not either. But there are some technological innovations that are here to make the journey just a little bit easier for us by covering some of the details that we may forget about before heading out to a protest or executing any plan of action. Basically, if you want to be part of Generation Resistance 2.0, here are some apps for that.

This is not so much an app as it is a service, but it is easily utilized from your mobile device so it’s got all of the trappings of cellular convenience. Resistbot is a free service that turns your text messages into faxes, which are then sent to members of Congress. First, users must text the word “resist” to 50409. The automated bot will then intake their names and zip codes in order to determine the appropriate public officials for contact purposes. Users are responsible for drafting their own letters for politicians, and Resistbot handles the rest with respect to ensuring that the written communications reach the right hands. If reaching out to political figures is something that has always seemed like an elusive process to you, then Resistbot has just made the process of hounding elected representatives to the point of meaningful action that much easier.

[Read More: ‘Why Some are Unhappy with Zaid Ahmed’s #BlackLivesMatter Stanford Essay‘]

Available for both iOS and Android, this free app tracks how your local lawmakers have voted on proposed legislation. It also helps you communicate with these lawmakers via text, phone call, or video messages (to be recorded and sent).

Available for iOS and Android, this free walkie talkie allows you to send voice notes to large groups of other Zello Walkie Talkie users much like a traditional walkie-talkie. This can prove to be extremely helpful with respect to organizing and coordinating with a large group for a protest or any other demonstration.

Talk about details we don’t think about when we’re ready to rise up—where do we pee!? This free app for iOS and Android locates the restrooms nearest to you at any given point. Thus, it is an essential resource for long protest days or, you know, LIFE. Dragging this one to the “essential” folder icon in my brain.

This one is important. This free iOS and Android app alerts your emergency contacts when you need help with just the tap of a button. To use it, users must first set up an account with their phone number and e-mail. In addition to protesters, the app is great for children, travelers, the elderly, and all others who may need quick help in vulnerable situations.

This free app available for iOS and Android, allows users to easily locate their friends in a crowd in the event that they lose each other. Sticking together is the key in situations of potential chaos. What if your friends get lost in a city they don’t know? What if they get arrested? With this app, you can always know where they are, courtesy of complicated satellite science. Don’t have iOS? I guess just texting them works too.

This free Android app gained its fame during the Occupy Wall Street protests and has proved to be a helpful resource from the United States all the way to Egypt. This app allows users to alert their loved ones, with the quick tap of a button, that they are being arrested—an expedient process that is necessary for the course of police interaction. If you’re heading to a protest and the police will be there, have this app on deck so your family knows where to find you in the unfortunate event that your hands are cuffed and your phone is out of reach.

This free Android app allows users to blur the faces of bystanders in any photos they may take of themselves, not just at protests or demonstrations. To be certain, posting photos with unblurred faces is not an issue—it is legally understood that if you’re standing in a public space (especially for public events), your expectation of privacy regarding your countenance is exceedingly minimal. Nonetheless, securing the privacy of the people around you is just a nice thing to do. This app allows you to share photos of yourself to social media without plastering the faces of unsuspecting strangers to your newsfeed as well.

There you have it. These may not be liquid, carbonated antidotes for social justice harmony, but they’ll help you with some of the legwork in your important journey of resistance. Whether you’re mid-march and your bladder is howling, or you’ve got a lot on your mind and want to unload it on your appropriate representative, this list has got you covered with free technological support.