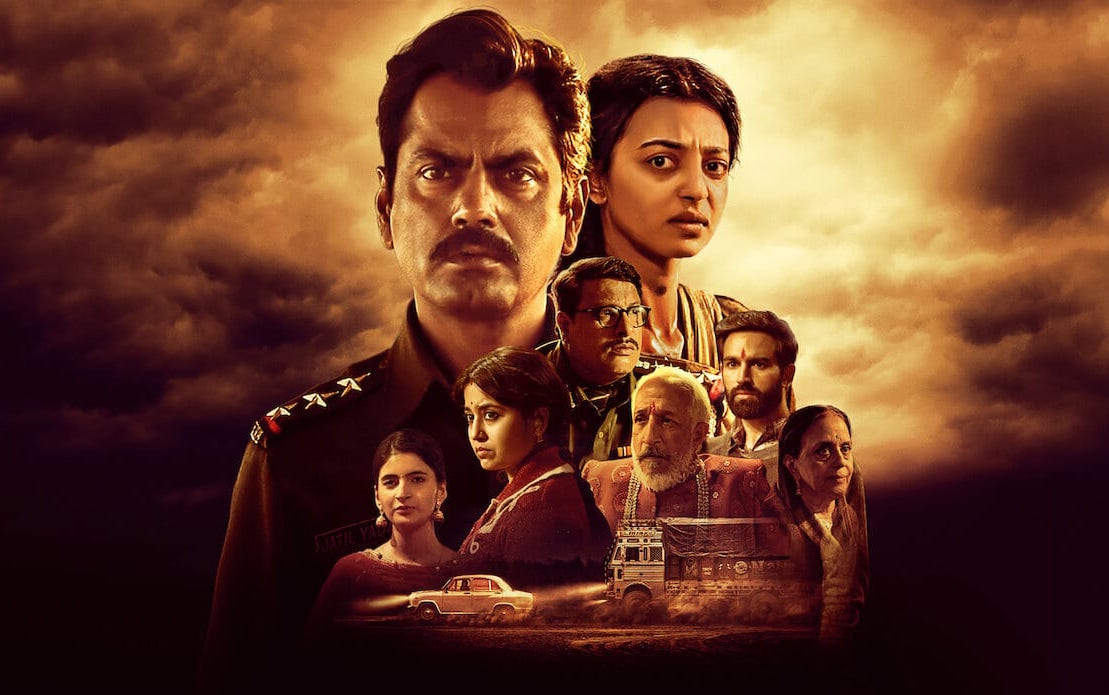 A pristine mansion. A dysfunctional family. Servants who know too much. Dirty secrets covered up for the sake of reputation. The murder of a patriarch. This is a classic combination of a whodunnit, and Netflix India’s newest original movie, “Raat Akeli Hai,” brings these old-school Agatha Christie elements to a wealthy landlord’s family in Kanpur with a few surprisingly poignant twists.

I wouldn’t call murder mysteries my favourite genre, but when done right, they are some of the most satisfying films to watch. And satisfying is exactly how I would describe this film – I was hooked to the screen until the big revelation and felt like I was treated to a climax I did not see coming.

While the plot is woven well and thick, the characters really do make the movie. The cast of “Raat Akeli Hai” is essentially a list of indie Bollywood’s best, and some casting choices seemed like deliberate ironies. (When I saw Aditya Srivastava, who has played the stone-faced Inspector Abhijeet in the show “CID” for decades now, as a corrupt politician, I started laughing).

At first, it felt a little weird to see Nawazuddin Siddiqui on the other side of the law, but the actor brings the same arrogance and charm from his notorious gangster roles to a no-nonsense, high-tempered and small-minded cop named Jatil Yadav. Jatil wears leather jackets and aviator sunglasses, and he drives a Royal Enfield. But he also can’t take a shower without calling out to his mummy, hides a tube of Fair & Lovely behind his mirror, and wants to marry a decent ladki, yet ends up getting frustrated by his attraction towards the mistress of the murdered man.

Jatil is the answer to every Rohit Shetty police hero (his mother even compares him to Ajay Devgan at one point), and as he gets closer to the secrets of the family, his supposedly invincible armor is slowly chipped away, and he is taught to look at things more like a cop and less like a man in a patriarchal society.

Radhika Apte does what Radhika Apte does best: she’s a mixture of anger and sorrow, and she slips into the role of seductress as well as a demure victim with ease. Apte, like the rest of the female characters, is initially seen as mere pawns in a bigger game played by men. After all, these are women in a man’s world, and they never call the shots, right? But each woman reveals layers that slowly dismantle the brimming ego of the men around them.

Along with the murder investigation, “Raat Akeli Hai” also investigates the male gaze, of how a man only sees a woman as a victim, while another can only see her as characterless and greedy. It challenges how men underestimate women by putting them in categories, and it doesn’t hesitate to reveal the harsher realities of women who live in the same households as these men.

[Read Related: ‘Dil Bechara’: What Happens to Life After an Unimaginable Loss?]

After a scuffle with Jatil, the son-in-law of the house boasts about getting him fired and threatens to call the minister. But as he dials the number in anger, the matriarch of the family (the dead man’s sister-in-law) says “with my brother in law gone, there’s no man left in the house.” The younger man looks at her with an expression that seems to silently reply, “Then what am I?” He understands the insult, and it goads him to further show his status and masculinity in front of the women and the outsider. The male characters’ masculinity, virility, inheritance and ego are all at stake, along with their desperate attempt to restore their respectability and reputation.

If you are a fan of a solid murder mystery, this movie is definitely for you. However, proceed with caution, as there are some scenes of violence, physical and sexual abuse, and violence against women. “Raat Akeli Hai” is streaming on Netflix now.