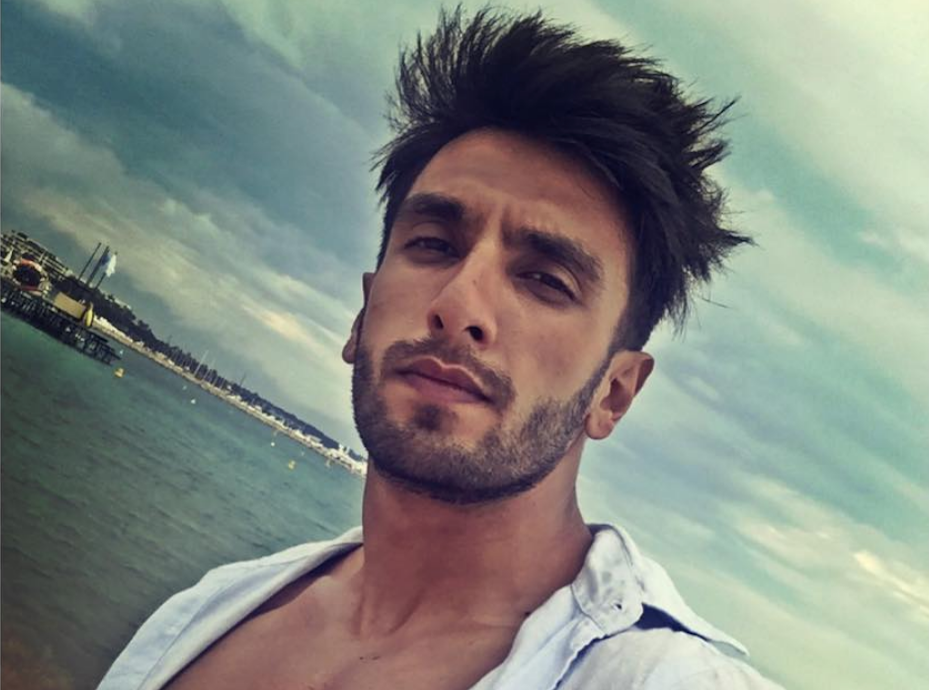 If you don’t follow Ranveer Singh on his Instagram account, you’re missing out. To say the man is active on the social media platform is the understatement of the year. He’s not only active, with IG stories that snap-crackle-pop (sorry Rice Krispies) with his dynamic energy, he, or an incredibly savvy social media team, has really upped the ante by honing in on and then selling the ish out of his uniqueness – his brand.

While his onscreen charisma is undeniable, and I think he’s a decent actor, it’s just that aside from his debut performance in “Band Baja Baaraat,” and then “Ladies vs Ricky Bahl” or “Dil Dhadakne Do,” I haven’t really oohed or ahhed so to speak at any of his movies. Also, it’s seemed like he has done film after film where he’s paired opposite Deepika Padukone and directed by Sanjay Leela Bansali. It’s gotten a bit tired.

For me his talent as an actor is showcased in roles where his star power, his ‘Ranveerness’ is muted. I think it’s because his real life personality is so big that the big roles he’s essayed since then have felt way too much, way too loud. They’ve felt like watching Ranveer, but to the power of 10. His natural vibrancy, becomes so blinding that it hurts almost, ya know? Also, his zest for life can’t be confined by a script or a screen.

For me he is an entertainer who is really, really entertaining…as himself!

That’s why he’s such a good interview. His clothes, his attitude, his flair, everything is energetic. He’s just so fun. He’s also very strategic. He knows what his audience wants. If you look at the promotional angle for “Padmaavat,” you’ll see what I mean. His ‘Jared Leto-ing’ for that movie, which I found annoying, was still strategic as eff. And if the shit hadn’t hit the fan like it did, I still think his toil would’ve been the talking point during promotions of that film.

And that’s why my dear friends, his social media presence is top notch. Here he can showcase his dynamism dynamically and strategically. His use of filters, boomeranging when it matters, his videos, his shot composition. It’s all gold star standard.

I’ve been following from time, but what has compelled me to write this now is his IG content curation on his most recent Switzerland stint has been magic. Professional Instagram-ers, the ‘Insta-famous’ elite who have perfected the art, would be proud.

He’s not on holiday mind you. He is working. He is the brand ambassador of Switzerland Tourism. Honestly, slow clap to whoever thought about this partnership. Switzerland has been the ‘it’ spot for aspirational travel for awestruck Indian movie goers since Raj Kapoor first introduced them to its stunning beauty in his movie “Sangam” way back in 1964. A Bollywood superstar and Switzerland, it’s the perfect pairing. Celebrities getting these types of endorsement deals isn’t anything new, but with social media, it’s gone up a notch. Some celebrities are also just better at it than others.

Ranveer Singh is excellent. His pictures and videos are beautiful. He has showcased many of attractions that I didn’t know about… So yeah, he has done a good job. The stroke of genius though, is that while he’s promoting Switzerland he has also been promoting his own awesomeness.

His ode to Freddie Mercury was absolutely brilliant. The Hollywood biopic, “Bohemian Rhapsody” with Rami Malek at centre stage is coming out in the winter, and Rami will no doubt do a great job. But come on! Ranveer Singh was brilliant! His tribute to Charlie Chaplin, too, hits the nail on the head. These two men weren’t wallflowers, I know, but somehow he brought their larger than life energy back in a way I don’t think anyone else can.

But seriously, his IG game is strong as heck. His social media strategy so amazing that it needs to be both applauded and studied by his colleagues. He has successfully done his job as an ambassador (because I wanna go), enjoyed the perks of this role (Hello! Man’s is in Switzerland, living it up), all the while showcasing his incredible talent in a new and fresh way that isn’t grating whatsoever. It’s also curated in a way that he doesn’t lose the authenticity.

He is making bank no doubt, but also using Instagram to shine as bright as possible without blinding me. He is using the platform to launch into the next level of his career. He’s using it to go global!

If Ranveer Singh wants that Hollywood money, and the way he’s been playing the game? He might just get it. Not that ultimate success for an actor necessarily means Hollywood anymore, especially not now in this global world, but for an entertainer like him, having that kind of recognition and breaking into the North American market could help take him to the next level.

He doesn’t really even need Hollywood either, he can leverage his masterful strategy to hit up the entertainment world 2.0. The innovations in entertainment have just started to emerge. Netflix, Hulu, Youtube, Facebook streaming, Apple TV, etc., The future is wide open for him and he’s speaking directly to the people who will be along for the ride. The 35 and under group. The Millennials and the Gen Z’s who live on IG (cuz Snapchat got the boot). He is speaking directly to this demographic in the language they understand.

His colleagues, competitors, and fans should watch and learn because mark my words, with every boomerang, IG story, gif or meme Ranveer Singh shares, he’s growing his brand, his following and getting ever closer to a new stratosphere of fame.