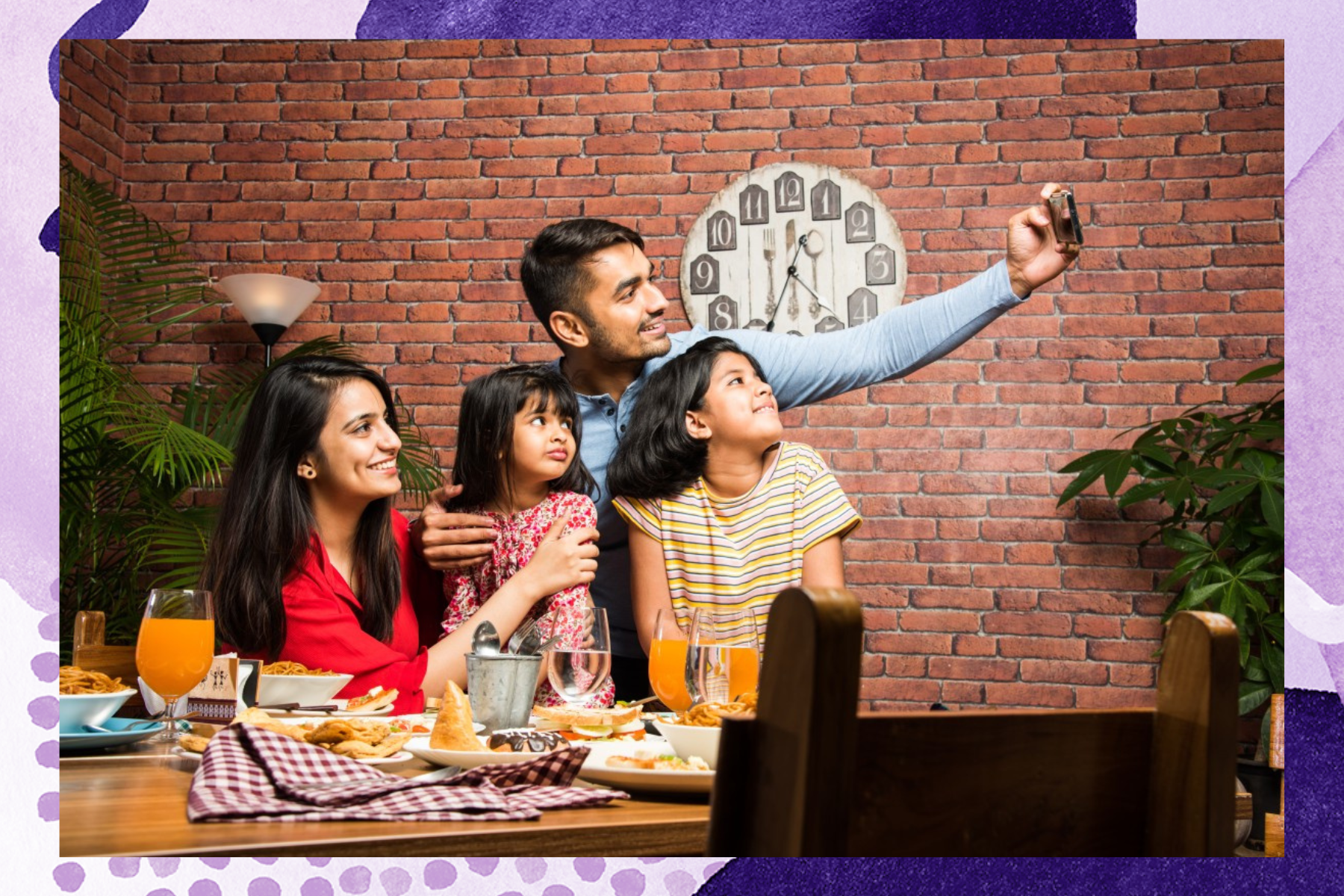 The Sandy Hook Elementary shooting in 2012 was when I had to leave my bubble of naivety as a parent and come to terms with the harsh realities of living in the U.S.: Schools were not a safe place for children. The Stoneman Douglas shooting in Parkman, Florida in 2018 and Robb Elementary in Uvalde, Texas school shooting in 2022 only further solidified this pattern.

Schools are being targeted by shooters, and this could happen in any one of our communities.

In my Child and Adolescent development classes at San Jose State University, we have discussed several themes that have emerged when it comes to the characteristics of school shooters. These themes intersect with larger issues within the South Asian community, such as the intergenerational transmission of authoritarian parenting practices.

[Read Related: Five Moms Give us a Glimpse at Motherhood During the Pandemic]

Having been born and raised in California, I know from first-hand experience that first-generation Indian American parents practice authoritarian parenting. It is a parenting practice, based on high levels of control and low levels of warmth—and it has been passed down for generations.

First-generation parents were immigrants in a new land, and they were trying to hold onto traditional cultural values and practices. They also needed a parenting practice that prioritized children being obedient and respectful. However, what they didn’t realize was that it came at a cost of being emotionally close to their children.

They discussed how their culture did not allow them to talk about their emotions. Many students reveal how they were asked to mask any negative emotions. Students were often scolded for not smiling at family parties; they also noted how they were forced to bottle up their uncomfortable emotions regardless of how it would affect them in the long run. Many discussed how they felt that showing frustration, anger, or sadness towards their parents was not welcome because it would be perceived as a sign of talking back or showing disrespect.

The following themes will be critical to address in our microsystems (i.e. families and communities) if we want to do our part in helping children become well-adjusted adults and do our part in protecting our communities from violence.

School shooters often have a history of being rejected socially, emotionally, or romantically. They may have been bullied or targeted in some way. They are typically angry young men who harbor resentment and hatred. They are also socially isolated from others and have a need to prove themselves to others. What adds to their inner, emotional turmoil is that they have not been taught how to deal with these difficult, negative, and uncomfortable emotions in healthy ways.

Parenting Lesson #1: Emotions must be prioritized

One student wrote, “While growing up, I was educated that we should not express our feelings or emotions freely (by my parents). We need to care about [the] people surrounding us. We should not bring trouble or cause discomfort to others. We should try our best to keep the group and society in harmony. However, I feel somehow the opposite way. Suppressing personal feelings and emotions is not a healthy way. We should appropriately release them. Western culture encourages people to express themselves, and respect other people’s and group’s harmony in a balanced way, while Asian culture seems to weigh the group’s benefit more. These are cultural differences.”

Generationally, South Asian parents have not been taught how to identify, express, or regulate their emotions. That’s why when children have problems, South Asian American parents don’t often know what to say or do. They think leaving their child alone is best—or they may tell their children to “pray to God” and everything will be ok. Unfortunately, our culture does not prioritize self-expression. As a result, children are often not able to express inner emotions, feelings, desires, opinions, or preferences.

The authoritarian parenting style is the “my way or highway” approach to parenting. Children follow a fixed set of rules and do what their parents say. However, they do not get to express their real emotions and they do not feel heard. Unfortunately, this leads to more externalizing (acting out at school, playing violent video games) or internalizing behavior (isolating themselves at home).

The authoritative parenting style is the parenting style that balances control with warmth. These parents listen to their children and guide their children. Parents tune into how their child is feeling, and what their opinions are. They then explain the rules with rationales and/or come to a compromise based on the situation or circumstance. They prioritize emotions and this leads to positive outcomes for children.

[Read Related: Signs Your Child may Have a Learning Disability]

For children of immigrants, it’s not uncommon to develop self-sabotaging behaviors for various reasons.>>

1. You may have been told that you’re one thing or that you should be or do one thing, so now you may try to make your life work in that box, even if it doesn’t feel right.

The most powerful predictor of future violence is a history of violence. School shooters typically have aggressive tendencies that were supported by their environment. In 1999, the Columbine elementary shooters enjoyed guns, explosives, and destroying things; they were often found playing violent video games. In 2012, the Sandy Hook Elementary shooter was lonely and isolated. His mother tried to bond with him by taking him to the shooting range because that was one thing they had in common. In 2018, the Parkland shooter use to play Halo (another violent video game) and it would end with him punching doors, and stabbing seat cushions until his mom called the police. In 2022, the Gunn Elementary shooter frequently made aggressive, sexual comments to young women on the Yubo App.

Parenting style and the environment can increase aggression in children. We know that the more children are exposed to aggression and violence, the more aggressive they will be. This is supported by the social learning theory. Social learning theory states that children pick up on “models” in our society. These models can be parents, siblings, or friends—but they can also be people from the media, TV shows, movies, video games, and social media. These “models” influence how our children behave in society.

Many South Asian parents use authoritarian, punitive, or harsh parenting practices. This is because it has been passed down generationally. To gain obedience and respect, parents use physical punishment like slapping, spanking, or hitting to teach their children the “right” way to do things. In addition, they are often verbally abusive to their children. By watching the way their parents act, children learn that they should also act this way when things don’t go their way.

The authoritative parenting style allows parents to communicate their needs to their children in a healthy way. By watching their parents as respectful “models,” children learn how to engage in society by being assertive about how they feel and what they need. This leads them away from being passive (internalizing) or aggressive (externalizing).

School shooters typically come from homes with negative life events and stressors. During Sandy Hook Elementary, the shooter’s mother was overwhelmed, did not know what to do with him, and did allow him to isolate.

As a community, we need to be vigilant about “see something, say something.”

South Asian Americans have been known to teach their kids the “staying away tactics.” If it doesn’t concern them, leave it alone. South Asian American children are often taught not to speak out about controversial topics, like racism. They are taught to keep to themselves and to focus on their grades.

The authoritarian parenting style supports this type of behavior. Children of authoritarian parents don’t speak out about societal problems. They have been raised to follow what their parents say—and taught to do so without asking any questions. Parents don’t provide a reason or explanation for their rules. Parents also believe that their child’s opinion does not matter and that parents know best. As a result, children don’t know how to think critically about their lives, the decisions that they make, or larger, societal issues.

On the other hand, children of authoritative parents do think critically and they do believe their voice matters. They speak up when they see injustices occurring. These children are more likely to stand up when they see a child being bullied.

Similarly, I believe that these children are the ones that will notice when another child is facing life stressors and do something about it. Through the authoritative parenting styles, parents will have communicated to them what the red flags are, who they should go to for support, and what they should say when they see something alarming or concerning happening at their schools.

Our children are the eyes and ears in our schools. Through our conversations with them, our children will know if a child is exhibiting internalizing behavior (e.g., children who isolate, are lonely, keep to themselves, and don’t have a lot of friends) or externalizing behavior (aggressive behavior, acting out at school, having disciplinary problems). Through these conversations, we can start to help parents reach out for the right types of support and community resources.

My hope is that by working with the microsystem (changes from the bottom-up with parents, children, and communities) and macrosystem (top-down, gun control policies) we can begin to do something that we have control over. I strongly believe that through the authoritative parenting style, which is a balance of control and warmth, parents can have more meaningful relationships with their children; this, in turn, will lead to more positive outcomes in the lives of our children and in our communities.

Dr. Amita Roy Shah is the founder of mysocialedge.com, a company dedicated to meeting the social, emotional, and cultural needs of children. She is a senior lecturer at San Jose State University in the Department of Child and Adolescent Development. She is also the author of "It’s Time for Holi!," "Lights, Camera, Diwali!," "Brain-Based EQ for Kids!" and "Brain-Based Life Hacks." She has a Master's in Education from Pepperdine University and a Doctorate in Curriculum and Teaching from Teachers College, Columbia University.

Op-Ed: Vote in the Midterm Election as if Lives Depend on It