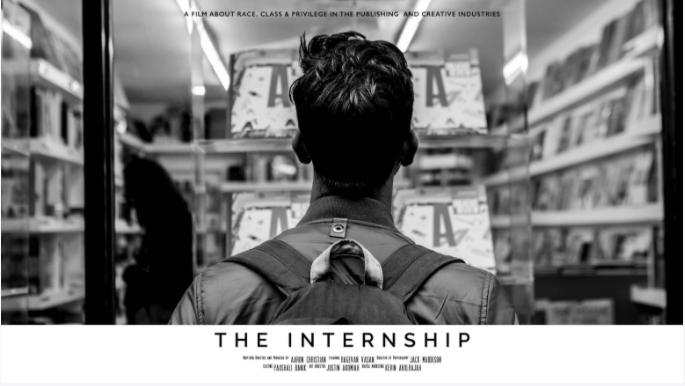 It’s the buzzword in almost every industry: crowdfunding – a platform which has grown at an immense rate to become a multi-billion dollar industry funneling millions of dollars into thousands of projects. Ranging from technology to independent films and start-up companies, fundraising platforms like Kickstarter and Indiegogo have aided some of the most unique and successful new projects with more than $500 million pledged to a array of ideas and campaigns. British South Asian director Aaron Christian also hoped to find success and belief from digital consumers for his new project “The Internship” on Kickstarter, which he ultimately did. We’re happy to announce the team raised more than their £11,000 goal by June 13th.

The short film follows Josh, a young design graduate who is working a dead-end job when he gets the chance to meet his idol, a famous design magazine editor. After the meeting, the editor offers him a rare and fairly prestigious internship. However, Josh must convince his family that the internship is not just a financial burden, but a chance that is absolutely worth taking. Producer and director Christian aims to explore different subjects, including the themes of race, class, and privilege within the publishing and creative industries through Josh’s journey.

While watching British Pakistani actor Riz Ahmed’s speech on diversity while addressing Parliament, Christian was immediately able to relate to the reality of minimal representation within the creative sector. Thus, he became inspired to begin putting the pieces together for his own creation.

Using his childhood and life experiences, “The Internship” is a story that will be able to connect to many in the South Asian community who aspire to start a career in the creative industry. Christian says,

“One of the reasons why I wanted to tell this story was due to the severe lack of representation of Indian Asians within the fashion and the arts. Whilst working at ‘Mr Porter’ I was lucky enough to attend and travel the main global fashion weeks. Filming the shows, interviewing the designers and mingling with all the attendees. During those four years, I noticed a distinct lack of brown faces on the runways. And it truly puzzled me.”

This film sounds like an awesome opportunity to help empower South Asians everywhere and give them the opportunity to take the creative industry by storm. Many know, including myself that having representation in different industries is key to having the new generation feel inspired with the ability to move forward. I believe that this film will give many who want to step into the creative industry a chance to do so.