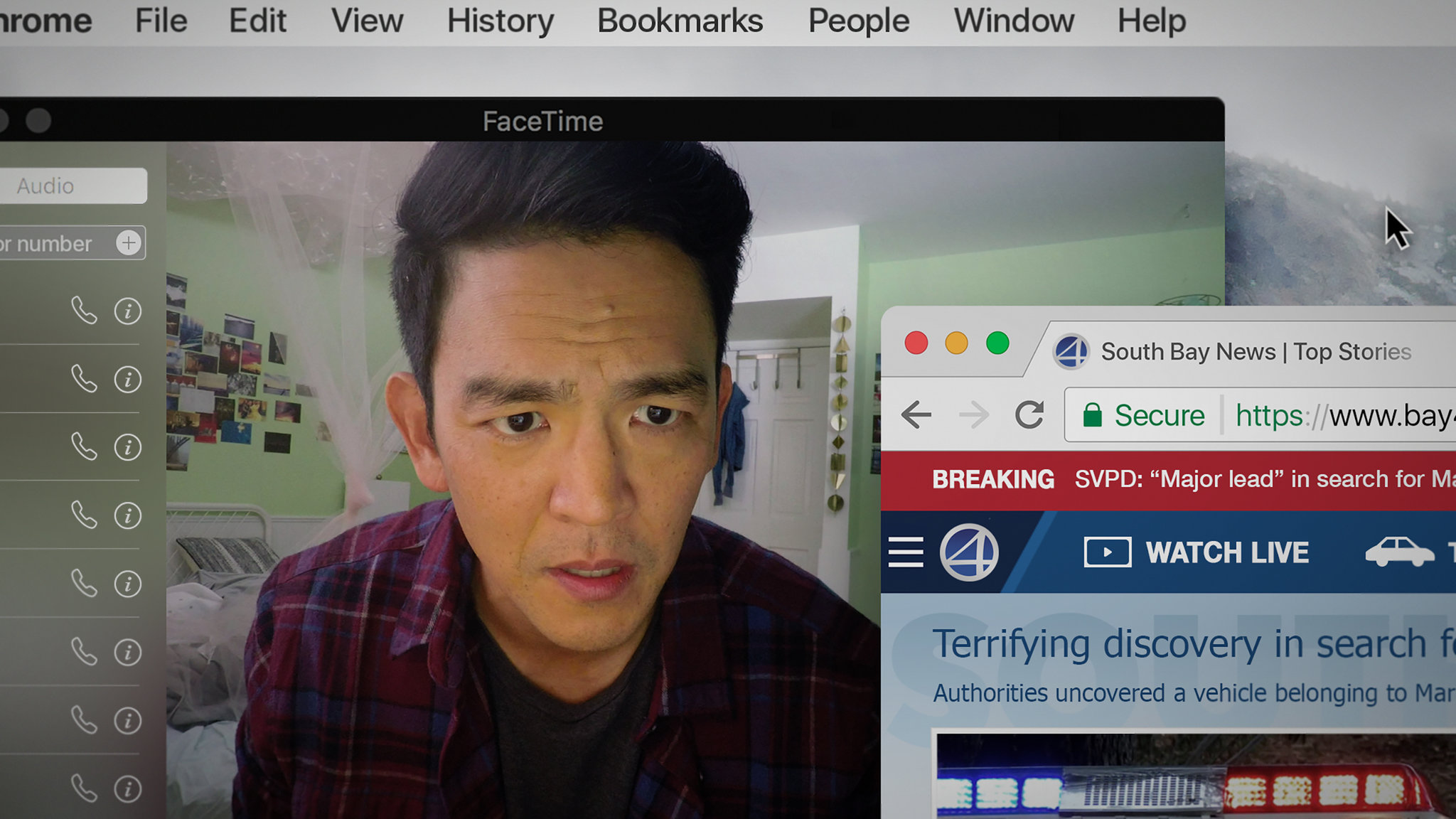 “Searching,” following in theaters a week after the debut of “Crazy Rich Asians,” is the tale of a father’s attempts to track down his teenage daughter after she goes missing.

Intensifying every parent’s worst nightmare through the film’s use of technology, “Searching” is a classic mystery thriller told in an unconventional way.

The film differs from others not only in its composition of being told entirely through devices we use every day like websites, social media, smartphones and computer screens but in its diversity of starring an Asian American family.

“Searching” stars Korean-American actor John Cho as David Kim, a widower raising 15-year-old Margot, whom David wakes up to find three missed calls from, with no voicemails, and news that she didn’t show up to school.

A local investigation is opened and a detective is assigned to the case, but 37 hours later and without a single lead, David decides to take the search into his own hands. The distraught father goes through Margot’s laptop and her various social platforms to trace her steps, and better understand who she is and what happened before her disappearance.

We, at Brown Girl Magazine, had the opportunity to speak with Indian-American movie director and writer of “Searching,” Aneesh Chaganty, co-writer, and producer Sev Ohanian, as well as lead actor, Cho. They told us about their experience making the film and what makes it different.

Making the film with a group of friends was the best part of producing the film for both Ohanian and Chaganty. Most of the crew graduated together from the University of South California (USC) and according to Ohanian, as “cheesy” as it is, just being able to spend time and make a film with friends who they considered family was rewarding in itself.

“Working together and the challenges we faced made the movie better. We relied on one another while maintaining a moral in the sense of what we were making,” Ohanian said.

The movie is creating a buzz not only because of the innovative way it tells a traditional story but its diversity depicted on and off screen. “Searching” is the first mainstream thriller to ever have an Asian-American lead, but that wasn’t the movie’s intention. The goal of the film was never to draw attention to the background or ethnicity of the family.

According to Chaganty and Ohanian, the movie is not meant to be about race or representation, it is a thriller that just depicts an American family, that happens to be Asian.

“Aneesh is an Indian American, I am an Armenian American and our other producer is also Armenian. We have a great mix of diversity in our cast and crew,” Ohanian said.

“This is a traditional thriller. It’s a mystery film that has been done a million times before. Part of it that makes it unique, except for the obvious, is that it takes place on screens. Our approach to the film was to still treat it differently. You know, we come from very tight cultural families and we want to tell a story that will star an Asian American cast, even though there is no reason for it to star an Asian American cast,” he added.

Every time someone would ask us ‘why,’ our only answer would be ‘why not?'”

The idea to use an Asian American cast came from the place that both Chaganty and Ohanian grew up watching fun action-filled movies that they never saw themselves in. The storyline is not meant to highlight race but an American family.

“Even though there is a place and time for when movies should be about race, representation and diversity, this isn’t one of them – there was just no other reason not to do it.”

According to Chaganty, there is an element of “freshness” that comes from being able to still say universal truths without focusing on specific issues and “expressing in a totally different outside.”

“We all kind of express and feel the same things no matter what we look like or what countries we come from. But often times, the stories that get told are limited to a specific culture or a specific type of mindset or perspective. To be able to say that we’re all the same even though it looks like this and that, and that the things we like to do are similar through a show of different angles drastically informed us to make this decision,” Chaganty said.

John Cho was also impressed and inspired by the writing and work of Chaganty. Prior to meeting Chaganty, he told us, his initial reaction was to say no to the film, because of the untraditional uses of technology. He worried it would not be cinematic, but after meeting Chaganty, he saw something in him and felt a connection.

After seeing the finished film Cho immediately texted Chaganty how impressed he was. He told us, he felt Chaganty has “added to the vocabulary of cinema, an act that is hard to do.”

According to Cho, more than any movie he’s been a part of, this movie went far from what was done on set to where it landed.

“All the things you see on-screen had to be created,” he said

“They weren’t there when we shot, it was like he [Chaganty] painted this whole new world.”

The role of David was specifically made for Cho. Chaganty wanted to make a “popcorn classic thriller movie” that starred someone that he didn’t see much of in the genre, Cho told us.

“It was always meant to be David Kim and the intention was always to use me,” Cho said.

“That is part of the deep satisfaction that I get from showing this to audiences. That, you know, we are seeing a whole Asian family on screen, not just as the side characters, not as just the bud, but a whole deep loving family. That truly gratifies me,” Cho added.

According to Cho, his Asian American heritage is a part of who he is and his core values, but aside from that, it does not change the way he acts.

“I like putting a foot forward with a movie like this, that’s written and directed by two exceptional people of color, and has a whole Asian American family in a genre that is such a mainstream popcorn kind of movie…”

So, I’m very proud of who I made this film with, who it shows and who it’s for.”

When asked about the advice they would give other children of immigrants in pursuing a nontraditional career path both Chaganty and Ohanian shared their thoughts.

Chaganty’s advice was more to parents than those individuals hoping to pursue creative fields. He said that the source of his drive to create comes from the encouragement his family gave him, despite others questioning their parenting. To parents, he had one message:

…“to put them [children] in an environment where one can foster their curiosity and passion and ultimately let them chase their own fuels.”

He hopes that this is something our generation as parents will and can do for their kids.

“Often times what stops people from following their dreams is when they don’t have that reinforcement and encouragement from the people around them.”

Chaganty believes we should all be parents that foster a child’s dream.

“To the children of immigrants like ourselves who wanted to pursue these nontraditional career paths, like ourselves, my only advice is be just as serious about it as your cousins, brothers, sisters pursuing medical school. Don’t treat it like a hobby or something you want to do for fun, be militant about it. Study hard, read every book, put all the effort that you can,” Ohanian said.

“There is no way anybody—parents, community members, teachers—will ever doubt you if you don’t give them the reason too.”

“Searching” has received numerous awards and rave reviews since its premiere at this year’s Sundance Film Festival. It is currently playing in select theaters and will open nationwide on August 31.