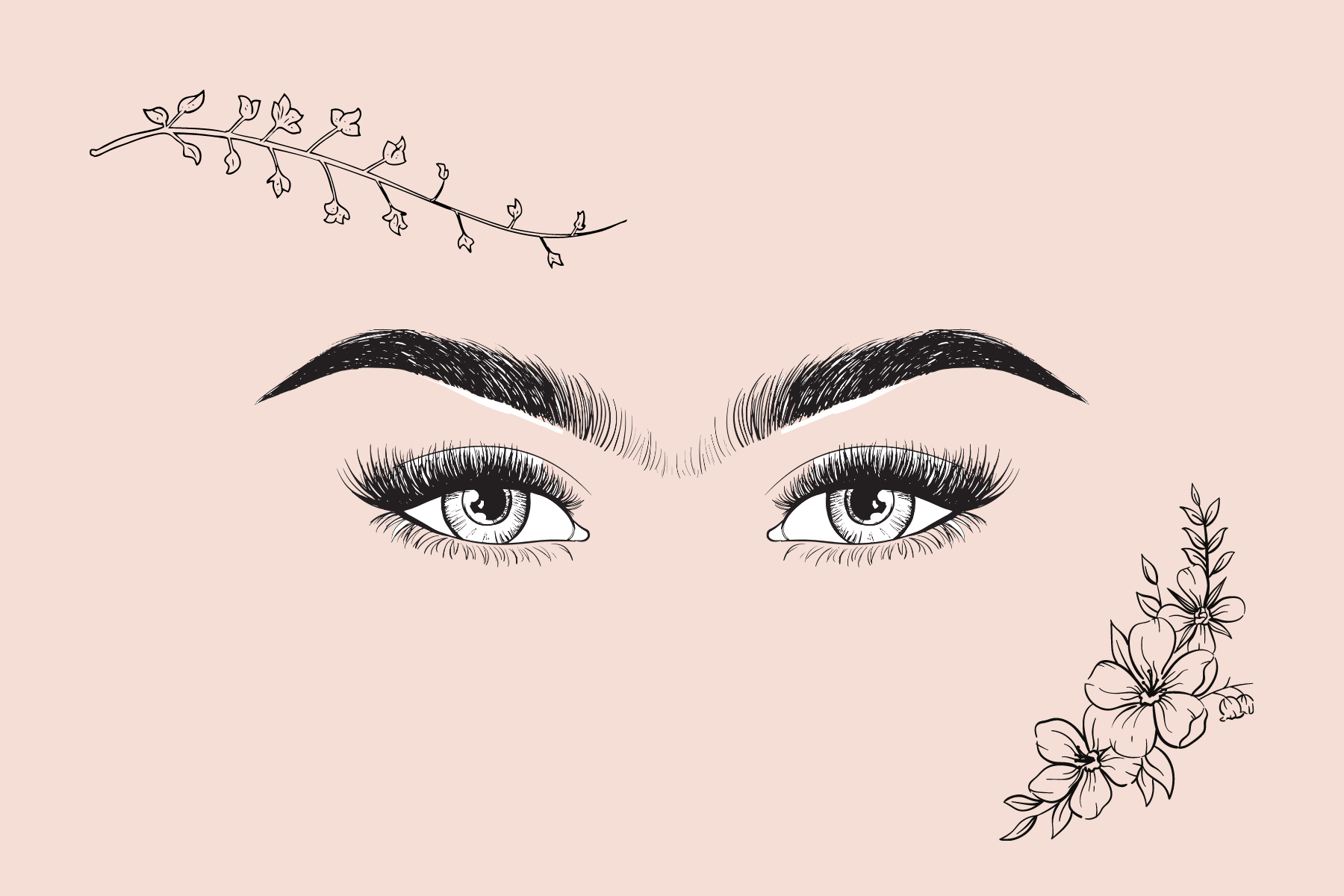 even if they’ve been separated

they’ll end up together

no matter how much

i pluck and pull them

back to each other

My childhood, like most children of South Asian immigrant parents, was defined by the aroma of chai, the crunch of Rusk, and most of all, the silver screen of Bollywood. Films like “Khabie Khushi Khabie Gham” taught me about the power of family, while other classics like Kuch Kuch Hota Hai taught me about the power of love and friendship. I grew up admiring powerful icons like Shah Rukh Khan, Aishwariya Rai and Kajol.

For me, these figures were the embodiment of beauty. So when my brown community would tell me that I looked just like Kajol, I would feel like the prettiest girl in the world.

Kajol is one of the most graceful figures of Bollywood, obviously known for her amazing acting, but also remembered for her uncommon features. What made her beauty so rare to the public was her unibrow, which she has had throughout most of her career. Seeing this as a young girl, I never even dreamed of removing my unibrow because it meant that I was as pretty as Kajol.

The first time that I started to realize I looked different from the norm was in middle school. It was around the time all of my friends began getting their eyebrows done. When all of them, brown or otherwise, would come to school with thin, perfectly-shaped eyebrows, I would question my own features. “Beauty” was no longer synonymous with my brown definition of beauty. The tall noses of Punjabi women, their bushy eyebrows, and their brown melanin no longer made me feel graceful; instead, it just made me stand out.

I also remember when I would go to school with mehendi—henna—on my hands before it became popular, and how my peers would simply stare at me in distaste. At the time, I just felt more alienated for practicing my culture, for being Indian.

But there were fleeting moments where I felt completely empowered by my culture. I remember mehendi being worn by my cousin-sister on her wedding day. I remember her walking elegantly, almost floating, wearing a red lehenga as henna graced her hands and feet. The dark ink contrasted with the brightness of her gold jewelry, and her tikka shined on her forehead. At that moment, that was beauty to me. It was the desire to one day look just like my cousin-sister.

However, in the throes of middle school, the overwhelmingly American prototype of beauty was something else entirely. It was blonde hair, blue eyes, and thin eyebrows, which was obviously unattainable to me. Soon, I thought of myself as unattractive, unfitting, and unwanted.

I would look at my unibrow in the mirror and instead of seeing two parts become whole, I saw an unruly mess. I saw a confused girl, realizing that she isn’t Kajol and that she would never be the white American prototype of beauty either.

I felt divided between my American and Indian side, never really feeling quite accepted by either community. I begged my mom to get my eyebrows done to tame my wild hairs, thinking that once my eyebrows were separated, I would feel whole once again.

But it isn’t “normal” for young, brown girls to get their eyebrows done, so like the very Indian mother she is, she said no. I cried and cried for days. I wanted to shave my eyebrows off and do whatever it took to fit into the American standard of beauty. Although every time I was with my brown community, they would remind me of my grace, but it was never enough because I still felt unattractive at my primarily white school.

However, like all things in life, that changed. I remember the first time I felt attractive outside of my brown community was when a boy at my school complimented my eyebrows. Going to a school with a sizeable population of white students made it all the more surprising when a white boy in my class nonchalantly commented on my eyebrows. He simply turned to me and said “your eyebrows look really nice,” and I remember finally seeing that myself even though my unibrow did not fit the white prototype, it could still be beautiful.

Looking back on the experience, I find it sad that I needed that acknowledgment and validation from somewhere other than my brown community, which had already shown me an incredible amount of acceptance. Before that moment, though, I used to think that no one outside of my community truly saw me or noticed me. I was always shy, in the shadows, just trying to avoid being noticed by making the hairs of my unibrow separate so that they could fit into America’s idea of beauty.

It was only then that I began to realize that people can care about my culture, and they can ultimately recognize the beauty of it.

I know that there are still so many people out there, mostly white, who still refuse to accept or even recognize the talent and beauty of other cultures. But that is exactly why it is nice to have a reminder that there are people who can see the beauty in embracing your culture.

I wish I did not need that extra acceptance, considering I was already accepted in some ways by my brown community, but it goes to show the influence that the dominant white prototypes can have on young children subconsciously.

In high school, I not only questioned why beauty was synonymous with having features like fair or light skin in both the Indian and American communities, but I began to mentally push back against those standards. It was at this time that I distinctly remember my teacher asking us to respond to the question “what does it mean to be American?” Feeling one of those rare moments of true representation, I drew on the very things that I was fundamentally questioning myself. I wrote about how I wasn’t really sure what “American” meant to me; as an “ABCD” (“American Born Confused Desi,” a term that many in the brown community who find themselves in this predicament identify with), I was awkwardly in between what felt like two halves of my identity, both of which were judging me for similar and different reasons.

Only after taking a South Asian studies class in college, I realized that I should be thinking about brown people as complex, remarkable and resilient. Their identities are not fragmented; they are able to succeed because they draw strength from all of what makes them who they are. I would continue to watch people try to tame the warring parts of themselves like their eyebrows, make them fit into neat boxes, and try to separate them so they were weaker. But just like unibrows, their identities would come together. They would be powerful and messy and beautiful.

My unibrow began to symbolize just that for me. It was not just a mark of beauty, it was a bridging of worlds, an act of rebellion against the status quo. It was my way of saying “I will not tame my culture for anyone.” After all, no matter how much I wanted them to be separated, my eyebrows always found their way back to each other. Just like how no matter whether I chose my American or Indian side, I will always find my way back to the middle. I will never just be American, and I no longer want to shy away from my South Asian identity. I will always find my way back to my brownness.

As a society, I hope that we can recognize the inherent beauty in other cultures and learn to appreciate the different ways in which we exist. Our intersectionality is what makes us beautiful. It is the meeting of the different aspects of our identity, the values we bring, the variety of our features that makes us all unique, which is beautiful, in and of itself.

My unibrow will not be tamed. It will always act as a bridge, bringing together two worlds that I wholeheartedly belong to. And I hope that you find your own bridge and learn to embrace it.