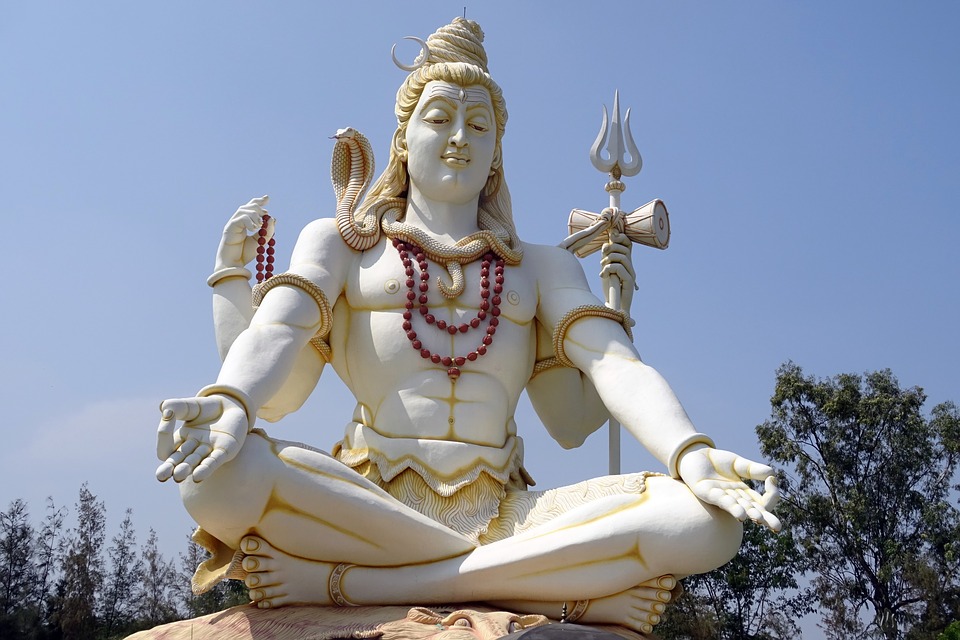 By accident, I ran into the sensual image of ShivShakti, also known as Ardhanarishvara (meaning: the lord who is half woman) or Ardhanaranari (the half man, half woman), picturing the god Shiva and goddess Shakti as one entity. Amused by this image, I started to read more and more of the Hindu scriptures. The story of Shiva and Shakti in the Skanda Purana says that the Goddess Shakti asked Shiva if she could sit with him while embracing him firmly. She, jealous as she was, wanted to be with him continuously. Shiva agreed to her request and so Shiva and Shakti became two energy’s in one body.

Later in this story when demon Andhaka forcibly tries to make Shakti his wife, Vishnu comes to help. He rescues her and brings her to his abode. But Andhaka does not give up easily. He keeps following Shakti until she shows him her Ardhanarishvara form. After seeing the half male-half female form, Andhaka loses interest in Shakti and withdraws himself. But Vishnu, on the other hand, becomes very impressed after seeing this form and starts imagining himself as the female part of ShivShakti.

Interpretation of ShivShakti
There are many interpretations of the androgynous form of Shiva and his wife Shakti. Some say that the image symbolizes that only when Shiva is united with Shakti, he has the power to create. Indeed in order to procreate, we need men and women. The Shiv Purana tells about the God Brahma who created men. But men were not enough for the procreation of mankind. Brahma addressed Shiva for help, who showed his form of ShivShakti to him. At the request of Brahma, the female part of ShivShakti created some women in order to procreate mankind.

Another interpretation of the ShivShakti image matches more with the many names of this image and says that all human beings consist of male as well as female energy. This image of ShivShakti is the visualization of the philosophy that the universe was created, penetrated and sustained by two fundamental forces, existing eternally in a perfect, indestructible union: Shiva and Shakti. Every cell of our being, every human existing on earth, contains these two equal energies. And each union between two entities is a union of these two energies. This interpretation states that god unifies all dichotomies in the universe. God is both male and female, both destructive and constructive, both ascetic and materialistic.

Vishnus fascination for Shiva
After seeing ShivShakti, Vishnu created an even more intense fascination for de God Shiva than he had before. He started to imagine himself as the female part of Shiva, as the entity that became one with Shiva. The Bhagavat Purana tells the story of Shiva and Mohini in which Vishnu takes the seductive form of Mohini to deceive demons. But even Shiva himself was impressed by Mohini. After Vishnu achieved his goal he returned to his original shape. Then Shiva requested him to grant him the sight of the enchanting Mohini again.

And so Vishnu again takes the form of Mohini. Seeing Mohini was too much for Shiva. He became so deeply impressed by her beauty that he no longer controlled his own behavior. Driven by lust, he had to woo her, even under the tormented eyes of his wife Parvati. Only after the release of his seed, that fell on the ground, he turns back to a restful state. When Vishnu returned to his true form, Shiva praised Vishnu’s power and acknowledged that his maya can not be surpassed, not even by him.

Nothing seems fixed
Our scriptures have quite some passages in which entities change forms and gender and have intercourse with each other. We even have writings about lesbian sex, for example in the Bhagavat Gita and the Kama Sutra. To me, the story of Shiva and Shakti in the Skanda Purana, among so many other religious Hindu stories, symbolizes spiritual freedom. The stories also symbolize the fluidity of gender. Nothing seems simply black or white, nothing is fixed, not even gender. Everything seems transmutable.

Our scriptures on social constructs
What I found in many scriptures is that they are attempts to structure society as well as to set rules for social interaction. The categories and subcategories of people they describe are considered to be equal to each other and have a function in creating balance in our existence. One of the categories is referred to as the tritiya prakriti (the third nature), who belong to the napumsaka, the people who have other functions in live than the duty to procreate. The Kama Sutra appoints different types of people within the tritiya prakriti, including gays, lesbians, bisexuals, transgenders, transvestites and eunuchs.

Our religious scripts acknowledge and respect quite some diversity in human existence. Even the transitional rituals in Hinduism are adapted to different categories of people. For example, the Vedic system distinguishes different types of marriages, in which gay marriage is classified under the gandharva type.

The beauty of our Hinduism
The stories on Shiva invited my attention for our religion. These religious and philosophical stories are meant as guidelines in every day live. Let’s embrace these guidelines as far as they’re humane and respectful to us and our fellow human beings. Let’s question our social constructs, as they differ from our religious sayings. Acceptance of the third gender is more or less trivial in every society. But our Hinduism includes all people as equal. Because our Hinduism is beautiful! 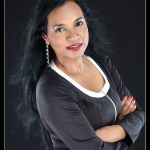 The Surinamese-Hindustani Anita Nanhoe migrated to the Netherlands with her family in 1975, when she was 3 years young. Anita studied Developmental & Educational Psychology and Clinical & Health Psychology at the University of Leiden (Netherlands). In April 2012 she defended her PhD-study on the success factors in the educational carriers of immigrant and native academics from lower classes in the Netherlands. Anita has worked in various disciplines in the social and psychological health sector. Since 2002 she works at the municipality of Rotterdam on several social fields including migration, emancipation, education, sexual diversity and domestic violence. She works as a researcher, coordinator in cases of small-scale incidents and sexual offenses, visiting lecturer at the Erasmus University Rotterdam, chairman of Develop Today (developmental work) and chairman of the Rotterdam Pride. You can follow her on her website