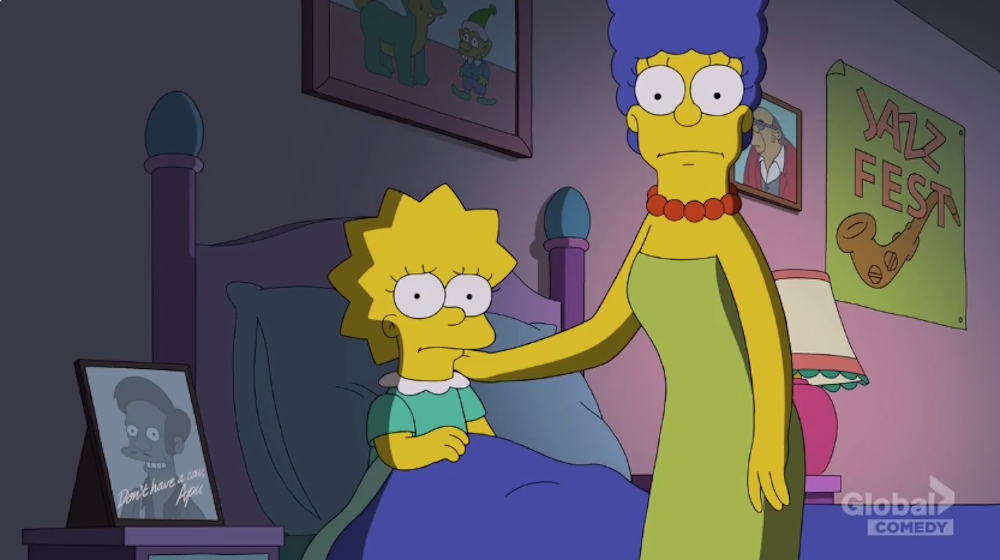 In 2017, comedian Hari Kondabolu released “The Problem With Apu,” a documentary addressing the depiction of marginalized communities, on TruTv. Apu is an iconic Indian Simpsons’ character who owns and manages the Springfield Kwik-E-Mart.

In his documentary Kondabolu addressed various issues in Apu’s character, one being that the voice of Apu being performed by non-Indian actor Hank Azaria, with an attempted Indian accent, could be compared to a white person acting in blackface.

Kondabolu attempted to get multiple people involved in “The Simpsons” (including Azaria) on the documentary to talk about the character, but to little avail. But finally, “The Simpsons” responded to the critique this past weekend in a recent episode.

As one of the first and most prominent portrayals of Indians on television, the depiction of Apu has created and reinforced negative stereotypes against South Asian people, opening up more space to ridicule and degrade South Asians.

The documentary’s success brought about more criticism towards the show, with many who once reminded silent regarding the portrayal of Apu speaking up on social media.

This sparked Azaria to respond. Earlier this year, Azaria promised “The Simpsons” would respond to the controversy of Apu, stating “The idea that anybody, young or old, past or present, was bullied, or teased, or worse based on the character of Apu on ‘The Simpsons,’ or the voice or any other tropes of the character is distressing, especially in post-9/11 America.”

Azaria told reporters at the Television Critics Association in Pasadena,

“The idea that anybody was marginalized based on it or had a hard time was very upsetting to me personally and professionally. It’s a character I’ve done for 29 years now, and I’ve done it with a lot of love, and joy, and pride. That certainly wasn’t the intent. The intent was to make people laugh and bring joy. For it to cause suffering or pain in any way, it’s disturbing, actually.”

On Sunday, a new “Simpsons” episode entitled “No Good Read Goes Unpunished” addressed the controversy of the criticism over the character Apu Nahasapeemapetilon.

In the episode, Marge reads Lisa her “favorite book ever,” which features racial stereotyping. She looks to Lisa for advice on how to update the book, The Princess in the Garden, to make it less controversial and politically acceptable.

Lisa, however, tells her mother that there is no point in rewriting the fictional book.

The camera then focuses on a framed photo of Apu on her nightstand, with the words, “Don’t have a cow. Apu,” signed on them.

“Some things will be dealt with a later date,” Marge replies.

“If at all,” Lisa says, as the pair then both look into the camera lens.

This response has caused more anger as viewers are not only offended by the statement depicted in Apu’s photograph but the show’s decision to use Lisa, their most thoughtful and liberal character, to respond.

Many took to Twitter to express their feelings including those who applauded the Simpsons’ response. However, South Asians particularly spoke up against the Simpsons’ with many feeling it was not only stereotyping Indians, but mocking Hinduism with its statement, “Don’t have a cow.”

Everybody has an opinion about Apu, but did they ever talk to someone who owned a convenience store or gas station or work in one or grow up in one? You know, like my dad and I? #simpsons #apu

Humor is hard to understand and hard to do. It deals with taboos and its reception is subjective. Offense is inevitable and not necessarily disqualifying. But Apu is a case where satire is subsumed by the pleasure authors and viewers let themselves take in racial contempt itself.

Here’s me simplifying for all who don’t get why @TheSimpsons response to criticism of Apu is bullshit:

Sure, Simpson’s makes fun of all races etc., but what’s different here is that Apu was THE ONLY major representation of South Asians/Indians on TV. Unlike others

TO THE JOURNALISTS WHO HAVE ASKED ME FOR A PUBLIC STATEMENT ABOUT LAST NIGHT’S SIMPSONS EPISODE, I JUST WANT SAY: “Congratulations to the Simpsons for being talked about & being seen as relevant again.”

The Simpsons’ show-runner AlJean retweeted a Tweet saying, “Loved how you guys handled this non-issue. People just want to cry about everything nowadays b/c it makes them feel like they’re doing something. Oh, and I’m Indian and according to Twitter, my opinion matters more on this topic,” on Monday.

Stereotypical portrayals of cultures and ethnicities can never be taken lightly or as a joke. The problem with Apu is not restricted to the portrayal of Apu’s character itself, but the reaction individuals have when the problem of his portrayal is addressed.

While some argue that we as South Asians lack depiction in the media and should be happy with what portrayals we have, I disagree. Lack of representation is not a reason to enforce and create stereotypical narratives. Such narratives only hurt the progress and work we do to tear down stereotypical and ill portrayals of our people.

If we continue to support these damaging portrayals of South Asians, we only enforce the stereotypical roles offered to many rising South Asian actors in the industry.