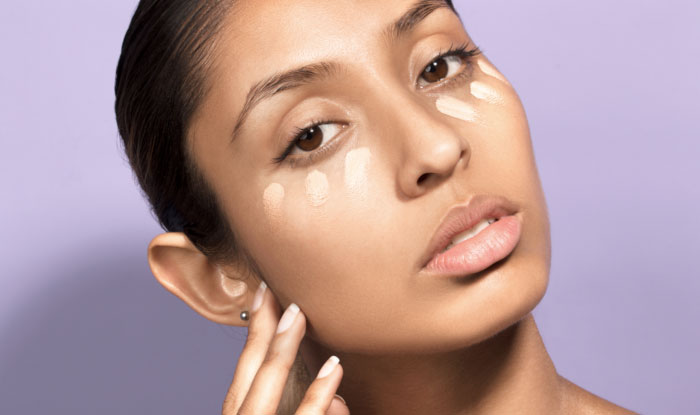 In early February 2020, India’s government made the long-overdue decision to crack down on its’ multibillion-dollar skin whitening industry. Companies were selling false and misleading products. While this is a grand strike against the companies’ long-run of selling fairness creams on the market, there is a consequence behind the legislation. As more companies deceitful products are exposed, there becomes a higher demand for complex skin whitening treatments. These treatments can only be administered by a particular medical professional — a dermatologist.

Invasive procedures such as skin bleaching, laser treatments, chemical peels, and “whitening” pills have all become increasingly accessible across India. Dermatologists are put in a problematic position whether or not to grant patients’ wishes. While dermatology may not strike us as plagued by dilemmas, much of a dermatologist’s work conflicts with a patients’ vanity. It leads to an ethically uncertain territory.

What has been labeled as the “wonder drug” of skin lightening, glutathione is a more direct form of treatment offered by some dermatologists. An antioxidant naturally found in our bodies, glutathione can protect the skin from UV rays. However, when it injects in veins, glutathione deactivates tyrosinase, the enzyme in our bodies that helps produce melanin. These anti-melanogenic properties of glutathione injections enter the blood and skin to provide a more fast-tracked skin lightening result compared to any topical cream or pill, making it one of the most in-demand treatments from dermatologists.

Hyderabad and Mumbai-based celebrity dermatologist, Dr. Rashmi Shetty, founded Reva Health & Skin in Hyderabad, and Ra Skin and Aesthetics in Mumbai. Bouncing between these two highly successful clinics, Rashmi has worked with thousands of patients. Ranging from ordinary citizens of India to some of Bollywood’s most famous actors, many of which come to her seeking skin lightening treatments.

“Often I have a lot of younger girls — or parents who bring their children to me — saying they want their skin to be fairer. This is almost always for matrimonial or career reasons,” says Rashmi.

Come across any matrimonial advertisement in India, and you’ll find the first and highest preference listed is for the girl to have fair skin. It echoes experiences of colorism – the process that privileges light-skinned people over dark in areas such as marriage, income, and education. Some of Bollywood’s most highest-grossing actors have endorsed and appeared on advertisements for whitening creams, further perpetuating the harmful message that you need fair skin to have a real career in Bollywood.

Earning her title as the ‘beauty doctor of Bollywood,’ Rashmi says she would only ever administer skin lightening treatments to someone who is well-informed and wants the treatment purely for a healthy glow, rather than fairer skin. “I need to see that the person wants to have glowing skin for personal and not societal reasons. If they believe having this treatment will make them feel more confident, then I don’t see a problem with it.”

Rashmi tells me she does offer glutathione injections to patients. “When the injections are administered regularly, and with a high dosage, there is a greater chance of seeing the skin turn a few shades lighter.” Rashmi uses the ordinary task of straightening naturally curly hair as an example.

“If you want your hair to stay straighter for longer, then you need to regularly straighten and maintain it with good products so it will stay that way. Likewise, if you want your skin to be a few shades lighter, then you must continuously maintain the skin with treatments to achieve this result,” she stated.

Dr. Sujata Chandrappa — founder of Bangalore-based clinic, R3 Clinic — is one of India’s most eminent practitioners of aesthetic medicine who also offers these injections. “From a medical perspective, it is not possible to permanently lighten the skin. But, with regular glutathione injections, along with a strict skincare regime, you can maintain light skin,” says Sujata.

While research has revealed topical and oral glutathione is safe for skin lightening, there is limited information on the long-term side effects of glutathione injections. Dermatologists must try to navigate these grey areas in their industry.

Sujata says while she has not witnessed side effects herself, she has heard of other clinics having reported incidences of hypersensitivity reactions to these injections. She thinks because they were administered in doses far too large at a faster rate than what is recommended. Sujata says that it is very dangerous.

Rashmi describes her process of administering glutathione injections as extremely judicious. “We do not give it to every patient that walks in the door asking for it. I am very particular about the patients I administer too and choose them carefully based on their reasoning for wanting it and the state of their health,” she says.

Despite both taking precautions, Sujata and Rashmi say there have been occasions where they have had no choice but to say no to patients who demand injections in much higher doses.

“I never encourage a patient’s request for lighter skin if I feel they do not need it,” says Sujata. “I have turned away patients in the past because I don’t want to put myself in a position where I have to compromise myself morally and ethically,” she says. “It is so important to work with integrity in this industry, regardless of how much patients demand treatment. It is a moral and ethical obligation for the practitioner to educate the patient of every possible adverse effect that could potentially happen.”

A patient’s health is always a priority and dermatologists have the authority to turn them away. Still, the rejection may lead a patient to seek treatment from a private, often inexperienced clinic.

“There are some patients who want to be fair so badly that if you tell them no, they may end up going to unsafe places,” says Rashmi. “You need to do a thorough background check into any clinic you’re going to. Otherwise, you put yourself in an inherent danger of letting someone who may not be experienced enough to inject an unregulated fluid into their veins.” Rashmi says she would rather not push any patient to do this, emphasizing the challenges dermatologists face when turning away a patient and not knowing how they will react.

The current clinical evidence landscape of glutathione injections is limited to just one study with an apparently flawed analysis of results. This casts doubt on the drug’s overall safeness and leaves many questions unanswered. However — in a report for the British Medical Journal — dermatologist, Dr. Opheilia Dadzie reported potential side effects of the injections included toxicity to the nervous system, kidney and liver failure, and headaches. A handful of aesthetic clinics claim that glutathione injections ‘detoxify’ the liver and body, but with such scarce evidence to support this. It can only realize that clinics are making up their protocols. As a result of this lack of long-term safety data, the Food and Drug Administration (FDA) in both the US and Philippines have publicly condemned the use of glutathione injections and issued advisory warnings against its use. However, it seems no such measures have implemented in India.

The Root of the Problem

Many of the reasons people undergo glutathione injections in India can almost always be linked back to colonialism. The age-old narrative of lighter skin leading to greater chances of matrimony, more career prospects, and higher social status is no new phenomenon in India. It is worrying about acknowledging some people remain in the tight grasp of Eurocentricity. A system that will go to great lengths to reap the social and personal rewards of fair skin.

One thing all experts can agree on is that if you want to undergo glutathione injections, you must not only do your research, but you need to ask yourself if it’s worth it. Based on history and analysis, people who agree likely want to escape day-to-day discrimination and prejudice. To many, being injected with glutathione is a glimmer of hope, it’s the beginning of something new to them — a new person.

As experienced dermatologists, Sujata and Rashmi have been navigating the challenging landscape of skin lightening for a long time. Every day, they receive a visit from a patient — who in their eyes — is already naturally beautiful. Yet, they face challenges with the patient’s hunger and desire for lighter skin—the decision to offer such treatment or say no and cause them to seek unofficial treatment. Ultimately, the decision lies in the patients’ hands and dermatologists can only encourage them to reject beauty standards.