The Council on American-Islamic Relations (CAIR) is currently pursuing a complaint filed against Warner Bros. after studio staff banned two Muslim women wearing headscarves from the front row of the audience. As a show that prides itself on representing minority female voices, the hosts of “The Real” have some explaining to do in light of this hypocritical studio policy.

The host panel is comprised of five women of Hispanic, Vietnamese and African American descent. The talk-show sets itself apart from other programming by presenting hot topics with an emphasis on the views of underrepresented voices. Well-known host, Tamera Mowry, former star of the popular 90s sitcom “Sister Sister,” previously shared her views regarding the show as the following:

“The greatest thing about America is its diversity and this show reflects that diversity. No matter who you are, there is someone at this table that will be speaking for you.”

I suppose that remains untrue for Muslim women wearing headscarves. Mowry’s statement is painfully misleading because no one at the table is now speaking up for Muslim women, also avid viewers of the show. After the latest developments of Warner Bros. studio’s discriminatory practices, the hosts have yet to address this issue in a manner that reflects the lack of action taken to correct their blatant bigotry. Mowry’s statement holds no credibility because “The Real” has a restricted definition of the term “diversity” – it is not inclusive of all racial and ethnic identities.

Perhaps the hosts are ignorant of the fact that Muslim women come in all colors and ethnicities. Should they choose to wear the headscarf, practicing Muslims can be of African, East Asian, Hispanic, South Asian or European descent. (We haven’t even mentioned the point of the lack of representation for South Asian or Arab women, who are a huge part of American diversity.)

“The Real’s” falsified claim of promoting diversity and embracing differences should be challenged by viewers of the show because in reality, the program rejects the voices of certain cultural and religious identities by labeling them not good enough.

Essentially, Warner Bros. pulled a Gretchen Wieners from the infamous “you can’t sit with us” scene in “Mean Girls.” In their lack of initiative to correct their blunder, the hosts also send the message that Muslim women are “okay” as long as they bring in ratings for the show but if they come to the studio, they will be treated as the Rosa Parks of the present moment.

Taking a stroll through history, let us not forget the story and lesson in civil rights taught to us by Parks. She was told to give up her seat in the colored section of the bus for a white passenger, because her needs and comfort were considered inferior to that of white citizens due to her race. Parks was expected to be complicit in respecting the demand of her racist bus driver because the prevailing mindset of the 1950s placed the identity of one group above another. Parks was not to be seen seated comfortably while a white passenger remained standing or, God forbid, had to await the arrival of another bus. Not much has changed since 1955 when it comes to favoring certain identities over others.

The Muslim women who were told to move from the front row of the audience for fear that they would be seen as a part of “The Real’s” audience are no different than Parks who was told to move to accommodate the supposed superiority of whites at the time. This implementation of segregation in the 21st century is mind-boggling. The fact that the individuals part of the show’s staff believed they could get away with such flagrant bigotry and discrimination is troubling because that indicates the assumption that Muslim women do not have a strong representation in the media or outlets from which to expose their concerns. Not only is the presence of Muslim writers and academics prevalent in major movements, but individuals who are non-Muslim also support the struggles and voices of Muslims in various aspects.

The despicable actions of Warner Bros. are wrought with irony because “The Real’s” main marketing tool to viewers is in the diversity of the hosts, however, this assumed diversity is marketed in a way that is appealing to the mainstream media. The talk-show cherry-picks and promotes the identities of women of color who appear most relatable and Muslim women do not fit into this box. Many Muslim women who are racially Black, Hispanic and Asian tune into this talk show because it was once known as a space where diverse perspectives are discussed in ways that are relevant to their experiences. Yet, this incident has exposed the discriminatory nature of the media and the practices of those who support an atmosphere of prejudice and segregation.

“The Real” is in actuality really fake when it comes to accurately representing the diversity of America. 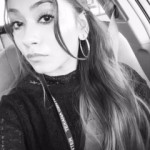 Hira Uddin currently works as a Qualified Mental Health Professional in Texas. She is a featured blogger at Muslimgirl.net and her contributions have been published on The Dean’s Report, The Muslimah Speaks: Her Voice, Her Spirit, Bravura Magazine, and Ummid.com. Uddin is also the editor of her website InsideAmericanMosques.com.