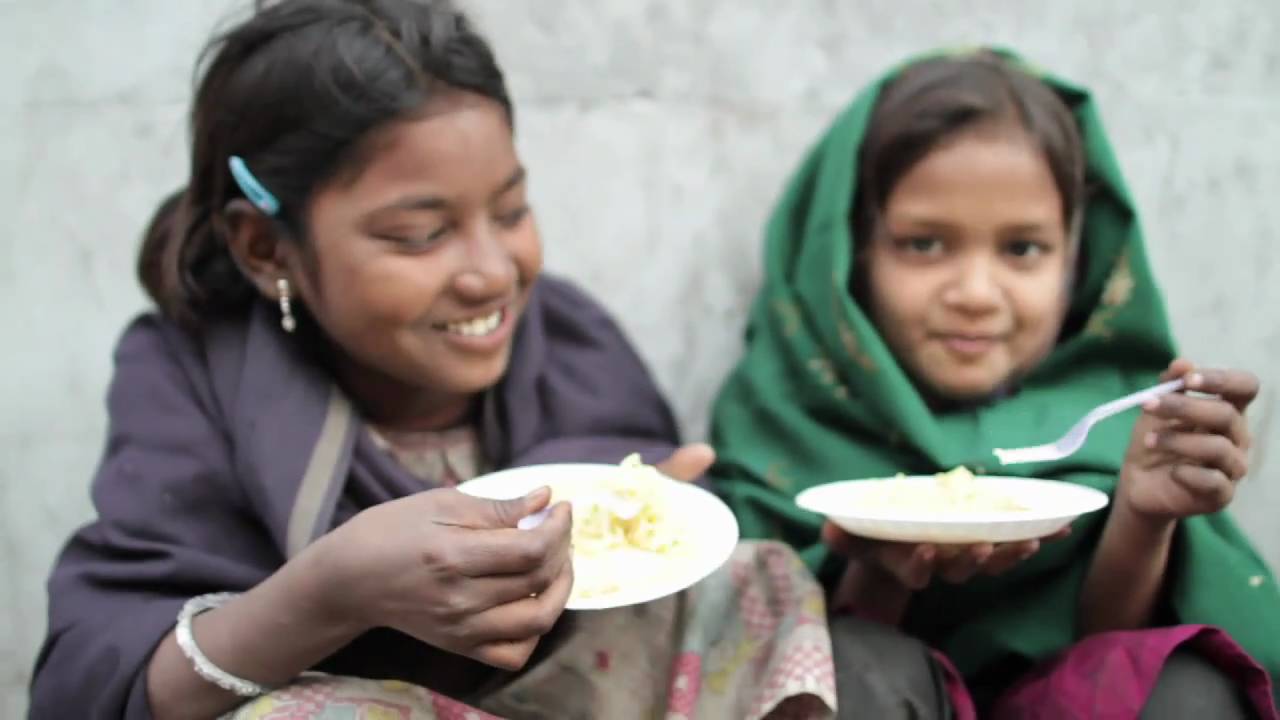 I was immediately engrossed in the plotline of Balli Kaur Jaswal’s book and felt so much pride in reading a critically-acclaimed novel written by a fellow Punjaban such as myself.

The story follows Nikki who thinks of herself as more modern than her Punjabi counterparts: She dropped out of law school, works as a bartender, lives in her own apartment, and doesn’t want to have an arranged marriage as her sister did. In search of some extra money, she signs up to teach a “creative writing” class at the local Punjabi community center. Nikki is unpleasantly surprised when she arrives at a classroom full of middle-aged Aunties dressed in white who could not even pass a basic literacy test.

However, Nikki soon realizes that these widows have much more depth than society gives them credit for. They have been watching their own life from the sidelines and are finally ready to stand and speak up, provided it is in the safety of Nikki’s classroom.

But as the imaginative stories begin to unfold, a very real, dark story begins to reveal itself in Nikki’s life as she uncovers the mystery of a Punjabi woman who committed suicide and who, much like herself, was thought to be “too modern.” 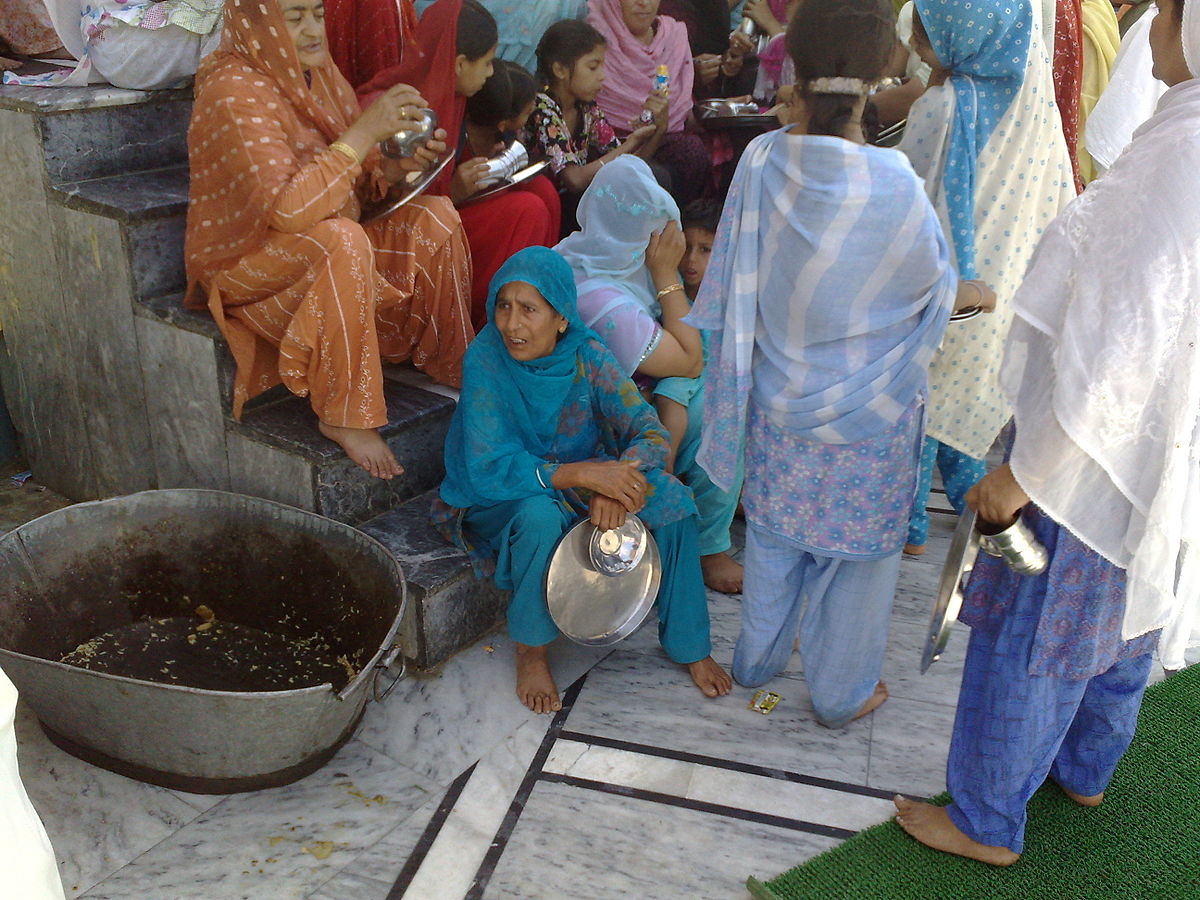 The following section contains some spoilers, but you should still read it because I don’t give it ALL away.

Nikki comes to find out that this woman, Maya, did not kill herself and was actually murdered by her own husband after she found out a secret that could destroy his reputation and status in the community.

When I finished the book, I was shocked by Nikki’s revelation but even more surprised by the idea illustrated throughout the novel – that a community of deeply “religious” people would rather murder a woman in the name of not forsaking honor and respect.

I kept thinking to myself that this is clearly a matter of artistic license because if anyone knows Sikh Punjabis, I do… I grew up with enough of them to know that this is just an exaggeration of the culture.

But is it just that?

Because when I put my bias aside and look with more of a fact-based perspective, Punjabi communities have some of the highest rates of female feticide as well as higher rates of domestic violence. Moreover, many Punjabi women who have been sexually assaulted do not come forward and in the rare case they do, the assailant is almost always a close family member or friend – because why should a woman feel safe when there are familial ties at risk?

It was only a couple of weeks after finishing the book that I then decided to watch the BBC documentary on the Partition of India. I was lucky enough in my life to have interviewed my Nana Ji in the 9th grade about his experiences as a survivor of the atrocities the British caused us. Everything he told me about the bloodshed and the religious warfare deemed to be true as I watched the presented facts unfold in this film.

In fact, one of the most contentious areas during the partition was Punjab. Muslims and Sikhs were forced out of their houses to switch sides from Pakistan to India and vice versa. This caused so much religious tension and fighting that sometimes trains that crossed the border would be filled with dead bodies inside.

At a certain point in the film, an older Sikh Uncle Ji appeared onscreen and began to describe his experience of living through the tension that peaked during and after the partition. He explained that in his pind or village, there was a rumor that Muslim men in a neighboring village were going to attack, rape, and convert “their” women to Islam. 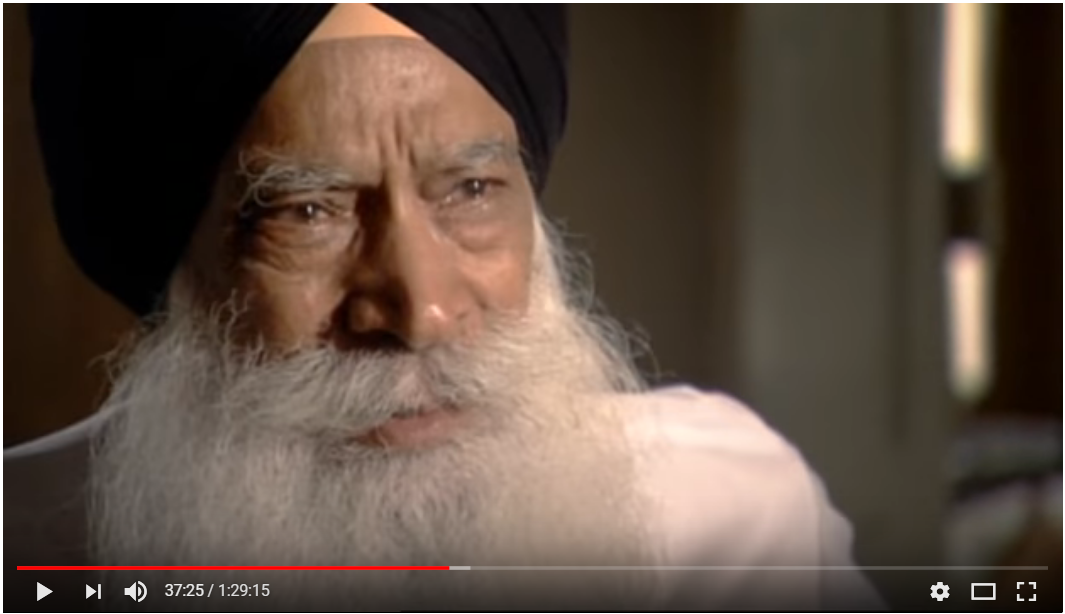 As he continued with his recount, he paused and started to tear up, and that’s when a chill went down my spine.

When the elders in the village heard this news, they gathered all the women in a farmhouse and proceeded to behead them one by one.

No one protested as their sisters, cousins, and friends, were being killed in cold blood directly in front of them.

[Read Related: Why is No One Talking About the Brutal Attack of Sahib Singh Natt?]

Again, it was a matter of never forsaking your honor and respect. God forbid if their bodies had been tainted, death was clearly the more formidable choice. Needless to say, I couldn’t watch anymore.

Thoughts started to swirl in my head but it was primarily confusion that prompted me to wonder, “But my religion is progressive, young, and modern! How could this be happening in a community that was legitimately built on the foundation of gender equality, abolishment of the caste system, and a newly written text so all could read and benefit from religious scriptures?”

I had not yet answered these questions when I found out about another horrifying, and unfortunately recent event: the murder of Paviter Singh Bassi.

Paviter was just 21 years old when he was beaten to death in broad daylight by five other PUNJABI men in Brampton, Ontario. This was no hate crime or random act of violence. These men, of the same culture and religious background, felt it justifiable to take Paviter’s life. A life that his parents worked so hard to give him that they left their own homes and families behind in hopes of giving him what they did not have growing up. And these men decided that it was their right to take that life for no explicable reason.

First I was horrified.

But after, I felt an incredible ache of sadness and unexpected feeling of emptiness as I came to the realization that what was depicted in Jaswal’s book was not only a probable occurrence but something that has been proven to happen again and again in the history of Punjabi culture.

This son now sees his father on a pedestal, not knowing that it was built off of the blood of his mother, the tears of his sister, and the sweat beads of nervousness he feels every time his father is displeased.

This issue is no longer isolated to the older community, it has sadly trickled its way down onto the younger males of our generation.

We see the repercussions of men choosing to act with entitlement instead of enlightenment.

But be wary of your so-called pedestal because your misdeeds will come back to haunt you.

And now I am talking directly to the murderers of Paviter Singh Bassi, who as of right now, have all been released on bail and are continuing to live their lives as if they did not take away someone else’s.

Your time is up and you WILL be held accountable for the atrocious act you committed and you will pay the price for it.