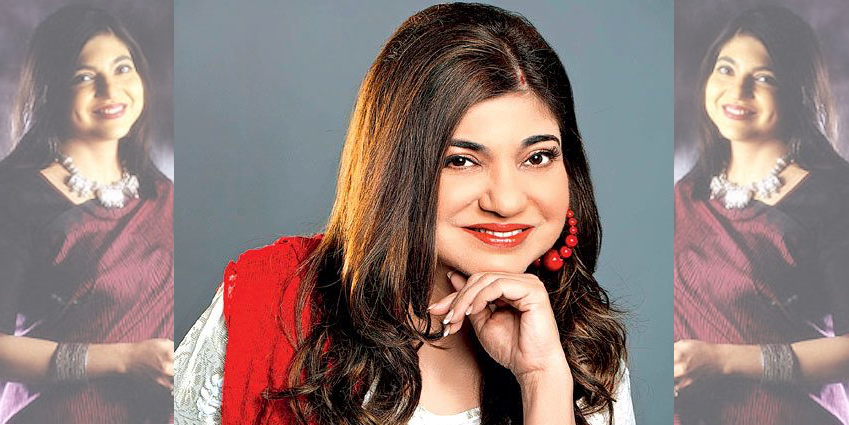 We don’t want you to spill your chai so put your cups down because what we are about to tell you will make you want to jump with joy.

[Read Related: Impress Your Loved Ones With This Perfect Cup of Chai]

The queen of Bollywood melody, Alka Yagnik, just wrapped up a rare appearance in the United States, with her “Taal Se Taal Mila” tour. Kicking off in Houston, Texas, the tour was a tribute to her fans and a way to celebrate Yagnik’s journey of 30 years in Bollywood. The tour also visited Dallas, New Jersey, Fort Lauderdale, Buffalo, New York, and Los Angeles.

The famed Indian playback singer, who holds the record for having the most number of Filmfare award nominations (35, to be exact), and wins for Filmfare’s Best Female Playback Singer (that’s seven), has also won two National Awards and sung over a total of 17,000 amazing songs.

Furthermore, her song “Taal Se Taal Mila,”  from the movie “Taal” was voted as the best song of the century and “Choli Ke Peeche” from the movie “Khalnayak,” was voted as the hottest song of the century! (I don’t know about you, but I definitely agree with that.) Her powerful voice was also lauded internationally in “Ringa Ringa” from “Slumdog Millionaire.”

For those of you wondering what Yagnik has been up to recently, don’t worry, we’ve got you covered. Her voice makes a return to Bollywood this year in the magical song “Tum Saath Ho,” from the newest Deepika Padukone and Ranbir Kapoor starrer Tamasha, which is set to release on November 27.  If you have not gotten a chance to hear it, you must!

It is absolutely magical, and my new favorite romantic number. The combination of Yagnik’s melodious voice alongside Arijit Singh’s versatile one is a sure-fire recipe to cooking the ultimate romance number. The song’s simplicity makes it the perfect melody and is making me even more excited to see real life ex-lovers, Padukone and Kapoor, create magic on-screen yet again.

Leave a comment below and tell us what your favorite Alka Yagnik song! I personally love “Suraj Hua Maddham” from “Kabhi Khushi Kabhie Gham” and “Ek Do Teen” from “Tezaab.”