In the News Politics TrendingFebruary 19, 2019 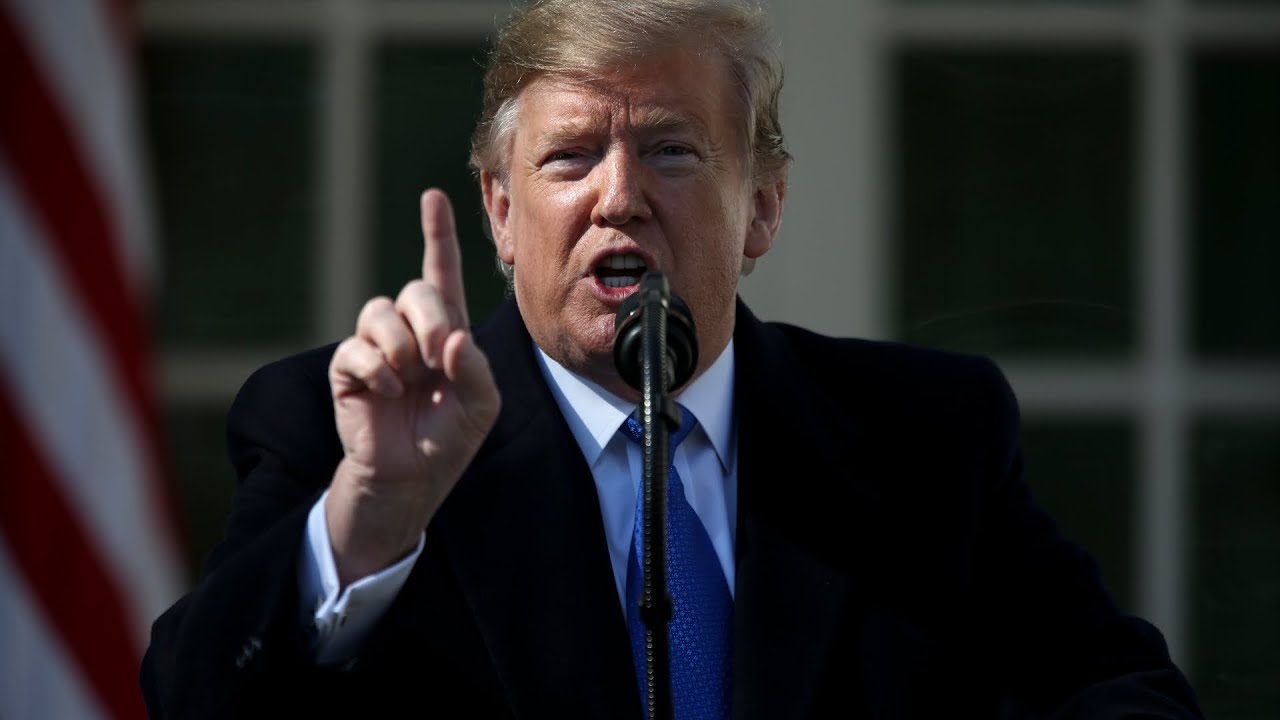 President Donald Trump declared a national emergency last Friday under the guise of border security in order to get funding to build his border wall.

‘We will have a national emergency and we will then be sued,’ Trump said in the Rose Garden on Friday.

The president’s announcement was called an unconstitutional abuse of his authority by Democrats who vowed to try to overturn it with the support of Republicans who also disagree with the action, The New York Times reported.

‘This is plainly a power grab by a disappointed president, who has gone outside the bounds of the law to try to get what he failed to achieve in the constitutional legislative process,’ said House Speaker Nancy Pelosi of California and Sen. Chuck Schumer of New York, the Democratic Senate leader, in a joint statement.

‘The President’s actions clearly violate the Congress’s exclusive power of the purse, which our Founders enshrined in the Constitution. The Congress will defend our constitutional authorities in the Congress, in the Courts, and in the public, using every remedy available,’ they added.

After bouncing from topic to topic, touching first upon the economy, China trade and his upcoming meeting with Korean leader Kim Jong-un, Trump then discussed his failure to secure funding for his wall.

‘I was a little new to the job,’ he stated. He then blamed ‘certain people, a particular one, for not having pushed this faster.’

Prior to the announcement, in a conference call with reporters, senior administration officials detailed the specifics of the president’s plan.

According to Business Insider, in addition to the $1.4 billion for wall construction appropriated by Congress, approximately $6 billion will be taken from Title X funding and $600 million will be tapped from the Treasury forfeiture fund.

According to Rep. Mac Thornberry of Texas, ranking Republican on the House Armed Services Committee, diverting Department of Defense funding for border security will have extremely negative consequences. He said:

Doing so would have detrimental consequences for our troops as military infrastructure was one of the accounts most deprived during the Obama-era defense cuts. And it would undercut one of the most significant accomplishments of the last two years — beginning to repair and rebuild our military. I hope that the President will pursue other options.

The Department of Justice warned the White House prior to President Trump’s announcement that the courts will block any emergency declaration, at least temporarily, ABC News reported last Thursday.

Sixteen states joined together to file a federal lawsuit on Monday, arguing that the President’s declaration of a national emergency to spend billions of dollars on his border wall is unconstitutional.

According to the Washington Post, the lawsuit was filed in the U.S. District Court for the Northern District of California. The states that have joined the suit are New York, California, Colorado, Connecticut, Delaware, Hawaii, Illinois, Maine, Maryland, Minnesota, Nevada, New Jersey, New Mexico, Oregon, Virginia, and Michigan.

The suit raises questions over congressional control of spending, the scope of emergency powers granted to the president, and argues the president does not have the power to divert funds for constructing a wall, The New York Times reported. The lawsuit states:

Contrary to the will of Congress, the President has used the pretext of a manufactured ‘crisis’ of unlawful immigration to declare a national emergency and redirect federal dollars appropriated for drug interdiction, military construction and law enforcement initiatives toward building a wall on the United States-Mexico border.

In his emergency declaration Friday, Trump stated he didn’t need to declare a national emergency to build his wall. These words, according to the Attorney General of California, Xavier Becerra in his statement to The New York Times, are “the best evidence.”

This federal lawsuit is only one of many challenges the president’s emergency declaration will face. The Citizens for Responsibility and Ethics in Washington also filed a suit claiming the Department of Justice failed to produce the requisite documents justifying the president’s declaration, The Huffington Post reported.