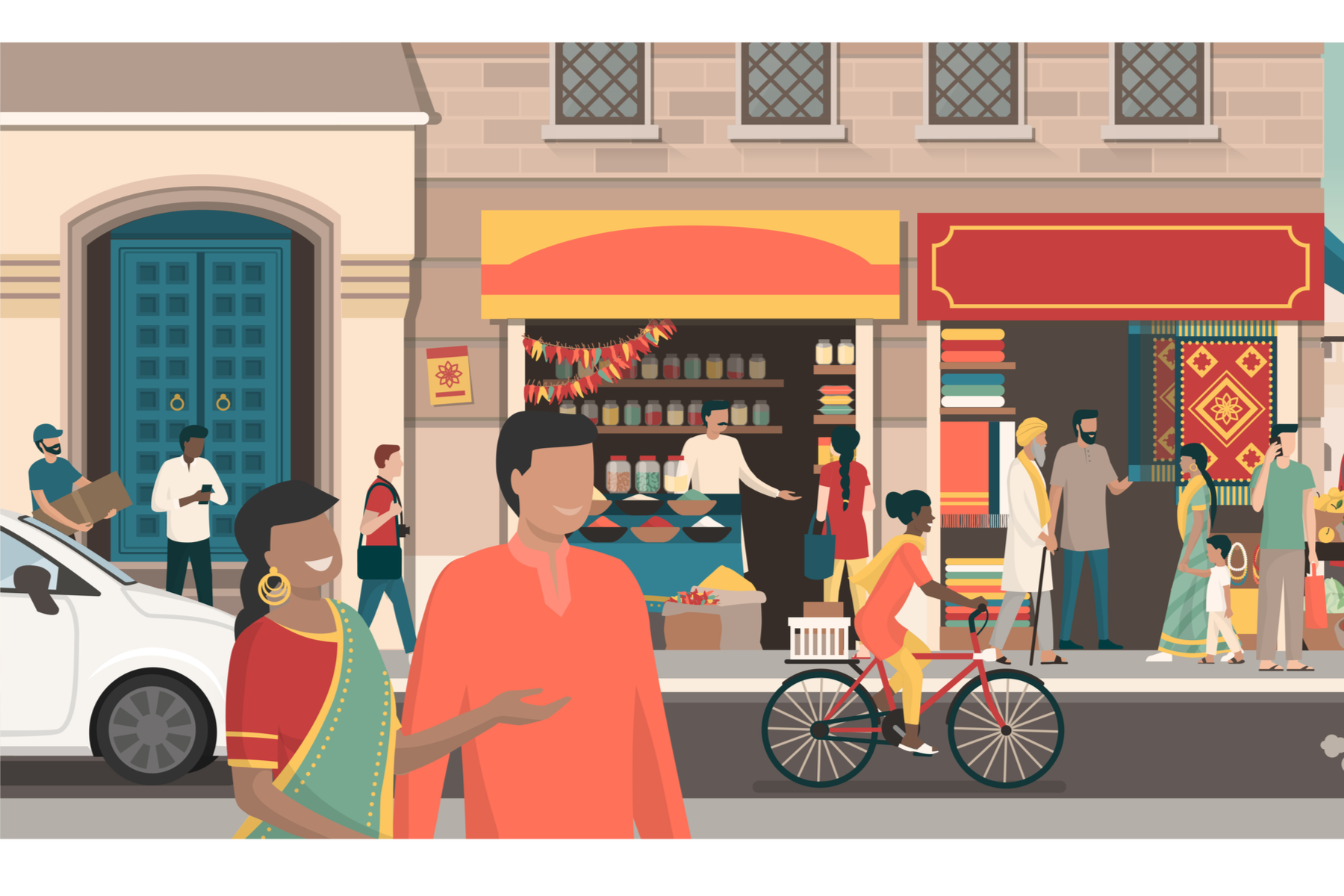 Sitting in that coffeeshop, surrounded by my half-forgotten latte, sweatshirt, and notes strewn about, I didn’t expect to date let alone fall in love with the curly mop-headed boy sitting in front of me. It was two months out from me taking an exam that would determine if I could apply to medical school, only four months out from graduation, neither of us knew where we would be the following year, logically- this made absolutely no sense, but of course love doesn’t. The fact that he wasn’t desi didn’t truly seem to matter to me. At least consciously and initially, I didn’t think about cultural differences between us. But the second time I went to meet his parents, I reached for a kurti in the back of my closet. I thought about that decision a lot in the following weeks. Would I have done that had I been dating a desi boy? Occasionally when it is a nice day out, I’ll wear a kurti sometimes. It isn’t as if I never wear them, but it had been a conscious decision on my part. Almost as if I felt the need to say, this is who I am and I need you to be comfortable with this.

And of course they were. He and his family seemed to understand things that I hadn’t expected them to understand. One of the things that really drew me to him was how little I actually had to explain. He seemed to understand what was important to me without me even having to voice it. And as the relationship progressed, I felt this need to show him my culture. We exchanged picking movies, I would pick some Bollywood classics, and he would show me Star Wars. When we cooked together, we would make some of my favorite Indian foods.

[Read More: My Platonic Marriage and What it Means for our Relationship]

He would tell me about what his family did for Christmas, I would tell him what we did for Diwali. While pleasant at first, deep down though I knew my culture did not boil down simply to movies, foods, and festivals. And yet, I tried to imagine how to explain to him what my culture was, the good and the bad, I realized I didn’t have a good grasp on what my culture meant to me. What did it mean to grow up in two cultures? How do you show someone your culture when you don’t even have a good understanding of what it means to you to begin with? I didn’t consider myself religious anymore, but I wondered if I should take him to temple.

How would I prepare him for the sharp eyes and the quicker tongue of the aunties? But this didn’t feel like me either. It has been years since I have been to the temple or an Indian party. I realized that without having a good sense of my own identity, I was grasping at what felt familiar rather than what was true. And just stringing along a series of experiences I had had when I was young without good reason was also not necessarily the best way to show someone my culture either. I felt a strong need to express myself, but no clear path to do so. Thinking about these experiences made me realize how my parents must have felt trying to raise my brother and I, trying to teach us about our culture without understanding what it meant to them.

My mother was my age when she moved with my father and me to the states. I try putting myself in her shoes. She came to a country where she didn’t speak the language, as an only child this had been the furthest she had ever been from her parents, and had to raise a child without the support of family or the internet. I Google everything, I don’t think I would have made it. And my parents, without having much support around them, wanted me to experience my culture in a country that was so foreign to them. They weren’t very religious before, but they started going to temple so that we could be around other people who looked like us. They told me about the fact that they would drive 2 hours one way back when they lived in Georgia to the nearest Indian store for groceries so that they could have spices that reminded them of home.

It used to irk me when other desi’s would ask us where we were from and then go into details about the exact streets that they had lived on. I used to think these efforts seemed so futile. It is so far away, and usually these were places I had never seen or visited, often they were places my parents had never seen or visited. But I understand now, it was an attempt to find something familiar. My parents hadn’t given much thought to what it meant to be Indian before they left home. But once they arrived, they felt this need to assert their identity, and they didn’t have a clear path to do so.

[Read More: Book Review: Batazumbe Debuts Book on ‘Blindian’ Love in ‘When We See Ourselves’]

So they grasped at whatever seemed familiar to them and labeled it as culture without stopping to think about why. There were certain things that they got right, like food, language, holidays but there were other things that it seemed were labeled as part of our culture without good reason. For instance: those who arrived home late, those who questioned and challenged the world, dyed their hair, got tattoos, pursued a profession that wasn’t STEM were all given the stamp of uncultured. Culture seemed to take on a different meaning than connecting with one’s roots.

Rather, it seemed to play a role of a protective wall to separate us from what was unfamiliar, which could not be challenged. Series of arbitrary rules such as these, have kept us from truly understanding our real roots. My parents still, despite it all, did a great job. I realize that I don’t know if I could have done better. I feel a strong connection to my heritage, and I am proud of who I am. But, at the same time, I want to be more purposeful in what I label as culture and also recognize that my confusion stems from a lack of understanding about what my roots truly are.

This realization has driven me to realize that I need to learn more about India on my own. To be able to form my own views on what is culture and what isn’t. My partner likes to say that we make our own culture, and part of that is true. I want to redefine what it means to be Indian to me and have reasons for my beliefs, so one day when I raise my own kids I can explain why. My partner and I started reading books written by Indian authors. One day, I anticipate that we both will take Hindi classes so that I can learn to read and write, and he can learn to speak. He said he wants to come to temple with me regardless of our beliefs because he still wants to understand. I think this is all a start, I still don’t have an answer, but one day I hope I can explain what it means to be Indian.