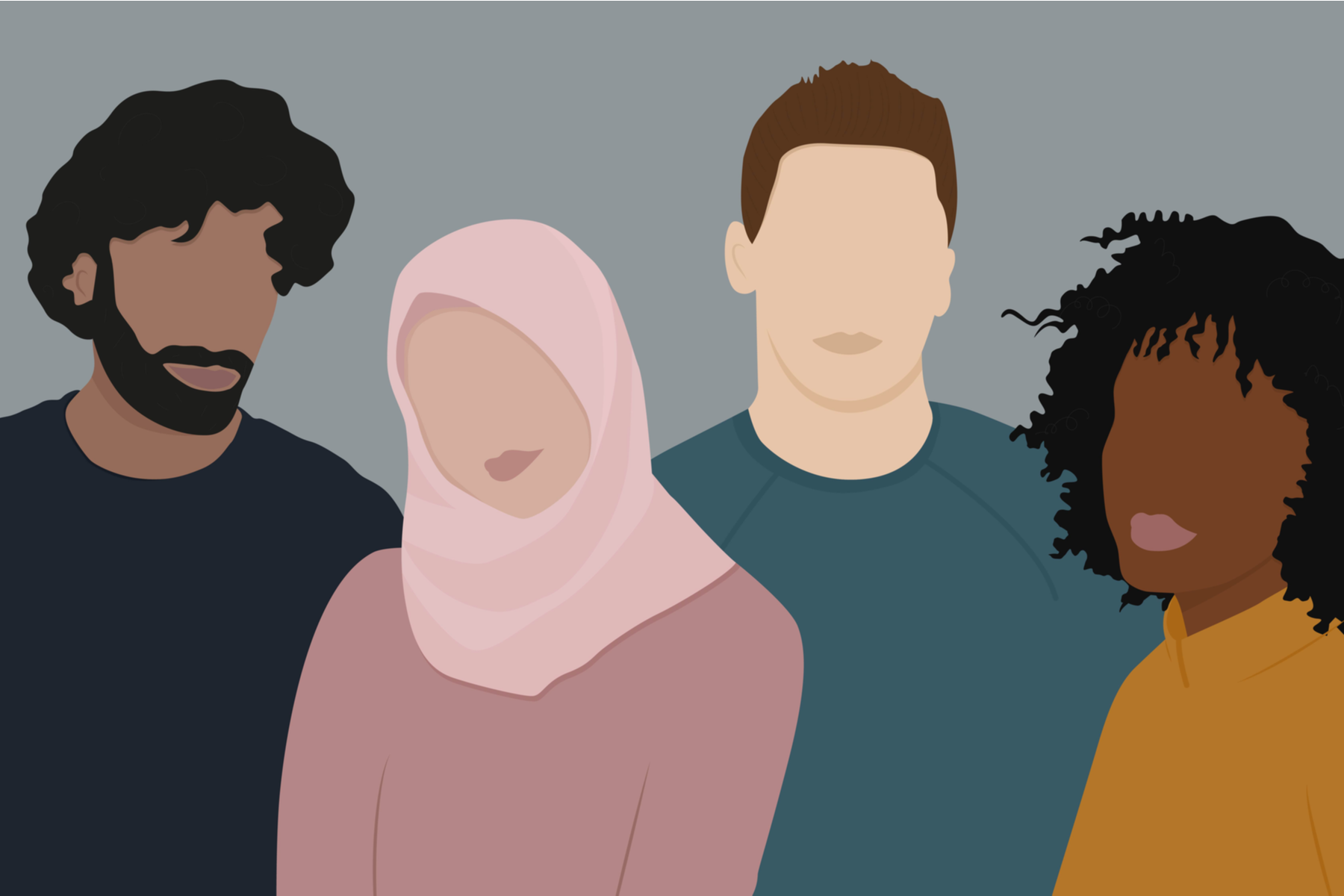 Photo courtesy of Kristina1028 via Shutterstock

I recently had a conversation with my mom in which we discussed our identities as Americans. She was born and grew up in Tanzania, returned to her ancestral land of India at age 14, and immigrated to the U.S, as a young woman. I was born and raised here in the U.S. She reminded me that when I was young, I staunchly held onto my identity as an American when I felt pressured to identify myself as Indian.

I realize now that, as a kid who often was “othered” by racial bullying, I wanted to disengage from this otherness by embracing my “Americanness.” But how I defined “American” was different from how I define it now.

At that time, “American” was defined commonly among immigrant families like mine as requiring adaptive integration. I often felt I had to try to be something I was not, to change something about myself to fit in. We had to be more American by making formal plans to see people rather than organically dropping in on someone as was accepted in Indian culture. The message was that becoming more American meant becoming less Indian.

These parts of my identity, my Indianness and my Americanness, became oppositional, sometimes to the point of being threats to one another. I think this is part of what freaked my parents out. They rightfully didn’t want me to lose my Indianness in my quest for Americanness.

These dueling identities were reinforced both outside my home and within it—both in how others viewed us and how we viewed ourselves. If I was Indian, then I couldn’t be American. And if I was American, then I couldn’t be Indian. When I was in India, I was labeled “American.” When I was in the U.S., I was labeled “Indian.” In the US, I often was asked, “Where are you from?” I would respond, “Here.” They couldn’t accept that: “No, where are you really from?” No matter where I went, I was the “other.” So by virtue of being both, I was often treated as none.

My mom and I discussed the role we played in perpetuating this false dichotomy. When we were referring to European-descended, white Americans, we didn’t call them out that way. We just called them “Americans,” and by doing so, we were defining American to mean “not like us.” It was the way we talked, and it was the way we thought. “Americans wear shoes in their homes. We don’t.” “The American way to set your table is with the forks to the left of the plate.” In my head, my white friends were my “American friends,” and my brown friends were my “Indian friends.”

And it was perpetuated for us. To those European-descended, white Americans, we were the “Indian family that lives down the street.” My friends’ families described me to their extended families as their daughter’s “Indian friend.”

When I was in third grade, I remember being in the car with my babysitter and her kids (her daughter was my close friend) when a Simon and Garfunkel song came on the radio. They all started singing together as we pulled into the garage: “When evening faaaalls so haaard, I will comfort you-OOOO!” My babysitter stopped singing, turned to me, and said, “This is our song, Neha. You can go inside.” Which I heard as “This song is not for you.” I got out of the car, closed the car door, and walked into the house by myself, feeling so left out of, well, I didn’t even know what! Was she saying it was her family’s song,

What I’ve learned since then is that I don’t need to try to be something I am not in order to be American. I don’t have to fit some mold of what “American” meant a century ago or what it means to someone else who thinks they belong here more than I do. I am American, and “American” is me.

Americans wear their shoes in their homes, and Americans do not wear their shoes in their homes. Americans wear jeans, and they wear saris. One American way to set your table is a plate with a spoon set on top of it, as my family does. One of the richest pieces of American history is a brave, young Indian woman born and raised in East Africa practicing audiology in Iowa schools. Americans whistle to the tune of Simon and Garfunkel, and Americans dance their hearts out to Maahi Ve. And sometimes, if you’re lucky, Americans show up at your door unannounced to casually hang out over chai or wine and cheese.

We are American. This is our country. We belong in it, and it belongs to us. By claiming our American identity, we are redefining what American means to include our unique experiences, cultures, and norms. So yes, we also are Indian-American, but our Indianness does not take away from our Americanness. It adds to it.

Neha Sampat, Esq. is CEO and founder of GenLead|BelongLab, where she focuses on building belonging and true inclusion. Through consulting, training, speaking, and writing, she helps organizations create peak?performance, inclusive teams by addressing hidden barriers to belonging, such as internalized bias, unconscious bias, distrust in teams, and wellness challenges. She is a nationally sought-after expert on inclusive leadership and disrupting Imposter Syndrome, and she runs the top-rated “Owning Your Value” programs to cultivate evidence-based confidence and nurture authenticity. Neha’s insights have been featured in numerous publications, including Time Magazine, Thrive Global, ABA Journal, and News India Times. Neha holds BAs in Sociology and Political Science from University of Illinois at Urbana?Champaign, obtained her JD from UC Berkeley School of Law, holds a Certificate in Graduate Applied Psychology, and is certified in Hogan Assessments. Neha works across industries, from Amazon to Pixar, and UC Berkeley to Leadership Council on Legal Diversity. Neha also relishes her role as mama to her two kiddos. You can read more of Neha’s insights at blog.genlead.co and follow her on TW/IG/FB at @belonglab.