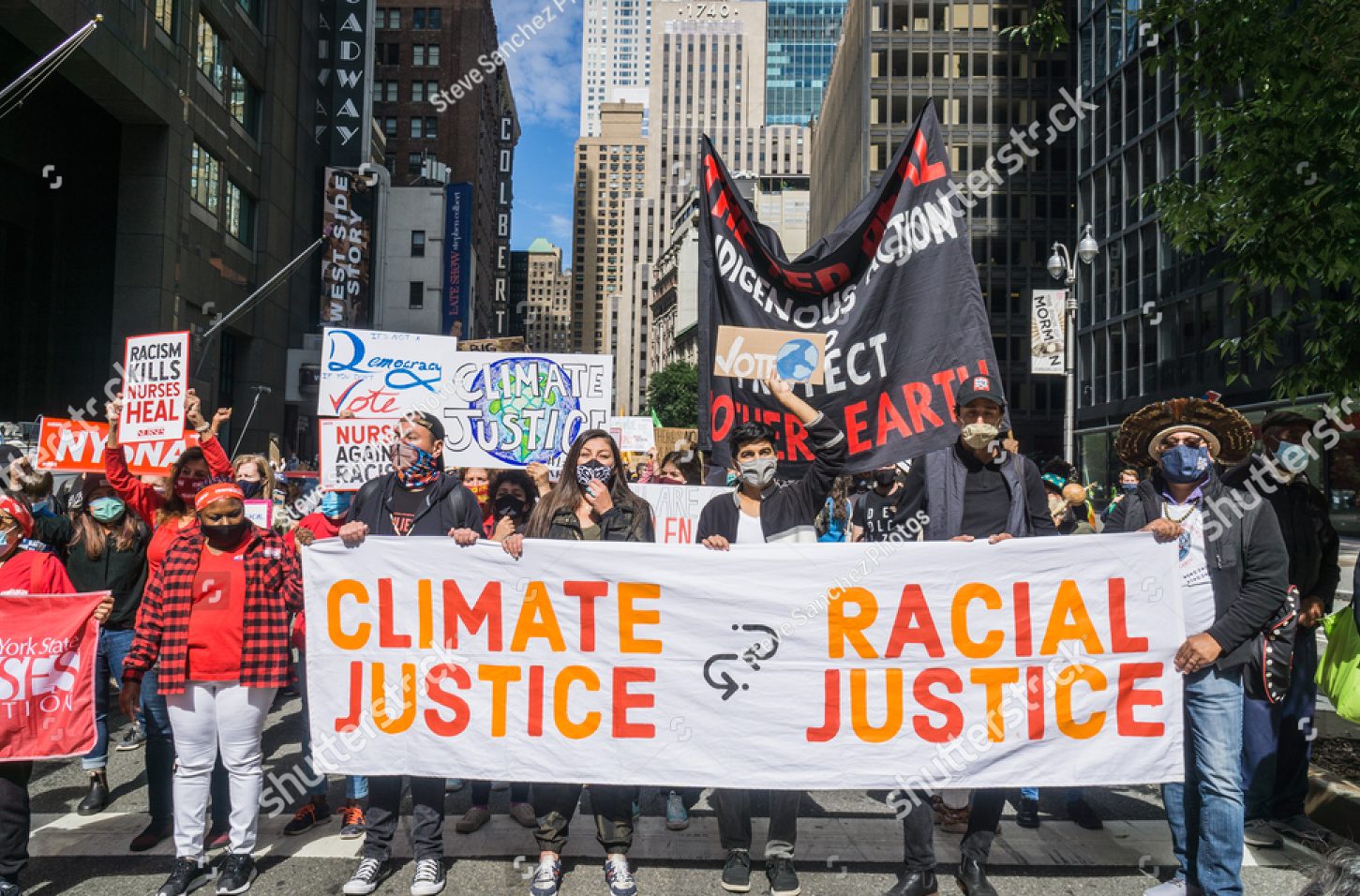 Climate change is an issue that disproportionately impacts Black and brown people globally, which means it is inherently tied to the ongoing fight for global racial justice and equality. Environmental racism was coined in the US by Dr. Benjamin Chavis during the 1980s and it is a term used to describe when certain communities or countries benefit from activities that harm the environment, whilst marginalised communities and developing countries suffer from the consequences of these activities. It also means that the communities most at risk from climate impact often have the fewest available resources to cope with its catastrophic effects.

Examples of this include Cyclone Amphan which hit India and Bangladesh earlier this year in May, and led to at least 98 deaths and millions of people being displaced in the middle of the COVID-19 pandemic or waste from the UK being sent abroad to places like the Philippines, where it then creates a health hazard for the local people living there. This pervasive form of racism is not limited to the Global South and is also entrenched within developed countries.

In the US, the Flint, Michigan water crisis is a prime example of environmental racism and the fact that people living in Black communities in the US being three times more likely to die from exposure to pollution than white people  (The racially diverse South Bronx has been nicknamed &quot; Asthma Alley,&quot; where hospitalisations operate at five times the national average.).

The demand for change and parity is not a new one. People across the global south have been demanding for decades that more developed countries take their share of the responsibility, repay their climate debt, honour climate financing obligations to countries across the global south, and commit to radically reducing emissions to stay well below a 1.5-degree limit of average global warming. However, it is these same people in the global south that are then are often side-lined when it comes to leading international conversations on the crisis — with the previous four United Nations climate change conferences all taking place in Europe. The inequity in environmental degradation means that communities of colour bear the brunt of climate impacts and then are not even afforded a seat at the table to effect meaningful and necessary change.

In the UK, a poll, conducted in July 2020, showed that only 33 percent of British people recognise that climate change disproportionately affects Black and brown people across the world and only a third of British adults (31 percent) say that they believe white people suffer most from the harmful consequences of climate change. This shows the prevalent narrative and attitudes concerning the climate crisis in the developed world must change. Environmental racism must be brought to the forefront of every climate discussion, rally and policy (both domestic and international), and the clear imbalance when it comes to people of color must be addressed. Giving grassroots activists and marginalised communities across the world a platform to be heard in national and international spaces is of paramount importance. Their experiences leading the charge on fighting environmental racism will be invaluable in developing policy and putting forward solutions that are equitable and just.

The major global challenges facing us today are compartmentalised into single-issue silos, each one vying for attention and activism, with the societal consciousness seemingly only able to concentrate on one issue at a time. We urgently need to break down the walls of these metaphorical silos to be able to see the emergencies of racial and climate justice for what they truly are — interconnected and intersecting issues that cannot be worked on singularly and have to be challenged holistically. If we cannot acknowledge and work on both issues as inherently connected campaigns, we will be unable to succeed at tackling either.