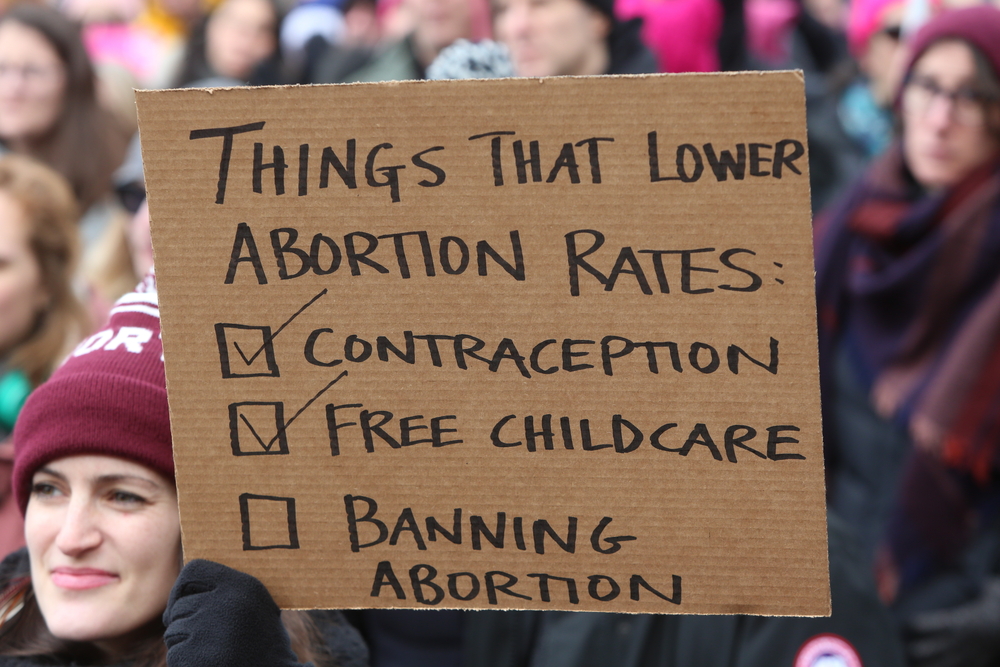 There is no other quote that more perfectly summarizes the Trump administration’s logic when it comes to reproductive rights. There are many aspects of the Trump administration that contradict the basic principles and foundations of the United States, but the one area where the contradictions are consistently pervasive are for reproductive rights.

It does not take a child to understand how anti-vagina this administration is. Vice President Mike Pence hates the idea of birth control. Steve Bannon, assistant to the President and White House chief strategist, thinks women are crazy when they are on birth control. And the majority of the Tea Party Republicans believe women are baby-birthing machines and should not use birth control. No, we are not waking up in the 1950s, but honey, it sure as hell feels like it.

Many young Asian women are having premarital sexual relationships and seek to improve preventative measures for pregnancies and STDs. Planned Parenthood provides young women of our community a safe haven for sexual counseling and education that, right now, many do not receive. Aside from young South Asian millennials, this family planning organization is a huge gift to other immigrant women. Free family planning clinics are a security to women.

“We have to repeal and replace the disaster known as Obamacare,” was one of Trump’s campaign promises that his supporters waved their USA flags to and cheered with unending ignorance. Women have a right to affordable healthcare, not to mention non-gender taxed healthcare. Obamacare helped accomplish something that was deemed next to impossible for many women — the ability to obtain health insurance with price equality. Before Obamacare, many women were charged up to 80% more for health insurance and could be denied health insurance due to pre-existing conditions, such as pregnancy and domestic abuse (yep, you heard that right).

The Affordable Care Act (ACA) brought women one step closer to equality and this is simply something that women across the board need to appreciate. Alongside eliminating the gender tax on health insurance, the ACA extended its benefits to maternity care. Prior to the ACA, the lack of coverage on basic maternal care was egregious and was another example of how America hurt women. The ability to have more affordable maternity care helped women advance in their careers and avoid getting sick. Before Obamacare, up to 30 million women could not afford basic preventative care measures. Now women are able to get mammograms, pap smears, STD testings, and many more aids for no out-of-pocket expense.

Yet the most popular benefit of Obamacare is the access to generic contraception for little-to-no cost. According to the IMS Institute of Healthcare Informatics, American women saved almost $483 million on birth control expenses in 2013. There are many more benefits to Obamacare that are essential towards our ability, as women, to stay healthy at an affordable cost.

After hearing white male conservatives speak on issues dealing with reproductive rights, it is pretty simple to deduce from the lack of education and the colossal amount of ignorance that they spew in their speech that it is time to pick up your pitchforks and rally your doctors. It is essential that women, and those who identify as female, make the extra effort to educate our representatives about reproductive rights. Drive your local representative crazy with your stories of why your reproductive and healthcare rights are important to you. Even if you are financially well-off, you should participate in this call to action because someone you know has probably sought help from one of those affordable family planning clinics and benefitted from the ACA.

To advocate for reproductive rights, please call your congressman or congresswoman and let him or her know how passionately you feel. You can find the contact list here.