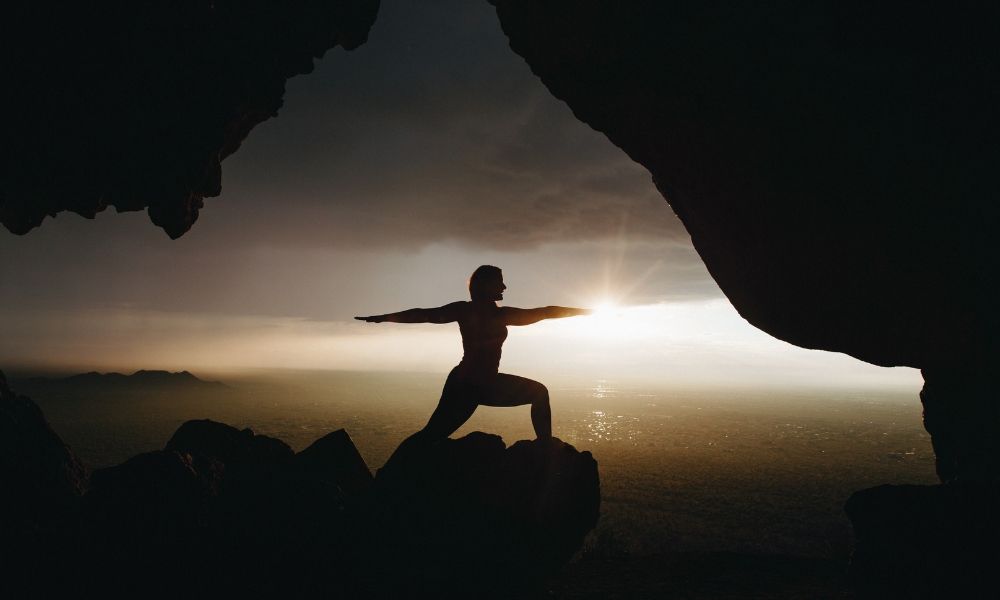 It’s not easy working in America, a country based on patriarchal white supremacy, as a brown woman. Racism and sexism contribute to workplace trauma in every industry: law, medicine, retail, politics, education, non-profit, tech.

I believe one way to survive these acts of aggression is telling our stories of workplace trauma. So twice a month, I’ll be interviewing brown women for my “Working While Brown” column, where they can share their truths and experiences of workplace trauma in their own words. 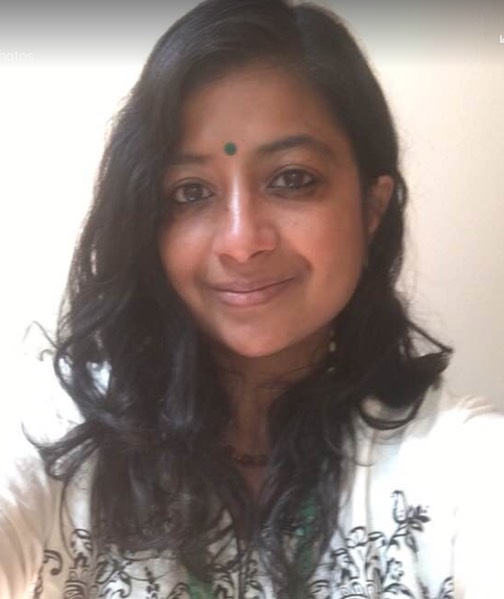 I was born in Chicago in 1971, a year after my parents immigrated to the US from Kerala. My family moved to Aurora, Colorado in 1976 when I was four.

I am a member owner of Satya Yoga Co-op, the first POC yoga cooperative in the country. Five years ago, I started a yoga teacher training course for people of color. I work mostly full time as a yoga instructor now, teaching trauma-sensitive yoga and training new instructors.

Have you experienced racism and/or sexism at work?

Yes, often. There is lots of racism in the white yoga world.

I’ll share one story. It was with an organization based in Boulder offering yoga in urban schools attended largely by students of color. I started volunteering with them and was the only non-white person among their paid staff and volunteers. I was grateful for the opportunity to be working with mostly POC, so I wanted to apply for a paid teaching position.

At their annual fundraiser, I formed a team and raised some money for them. The fundraiser involved a 108 sun salutations event, which was led by a number of local yoga teachers. In the middle, one of the leading yoga teachers started her set with this:

“My white suburban teenage sons’ biggest ambition in life is to be black.”

She went on to describe how they want to wear “grills on their teeth” and listen to “gangster rap.” Later, she pointed out a young man she saw walking “shirtless” and “with grills on his teeth,” calling attention to how confidently and joyously he was strutting down the street, declaring we should all be so carefree and full of life.

I was in the middle of the room, and besides my few Indian friends, I was the only non-white person in the room. I didn’t feel comfortable reacting at that moment, so I did what we often do…I just kept going.

But that night, I bolted up from my sleep thinking about it. I decided to write the woman to let her know that her words were offensive. We had a nasty email exchange driven by her intense white fragility. She accused me of trying to “lynch” a white lady and claimed that I would be hard-pressed to find anyone who had done more for civil rights in Denver than her. She told me her African-American friends say that “a child of India” isn’t black and has no right to speak for them.

A few weeks later, the volunteer coordinator of the organization asked for a meeting, giving me the impression it was a job interview. We met at a cafe, and she let me talk about my experience with yoga and teaching and working in communities of color in the Bay Area. She then proceeded to tell me that the woman I had the e-mail exchange with is close friends with an influential member of their board and that the board had decided that I was not a good representative of their organization. She fired me from my volunteer position.

The white yoga instructor who got me fired wasn’t satisfied. She kept going, calling the owner of the new yoga studio where I taught to tell her that I’m a “dangerous narcissist” and that they should “watch out” for me. She also described me on her personal blog as “behaving like a terrorist from the Islamic state of Syria.” On her yoga advice column, she has made comments like “I may look small and white, but I have been told I have the soul of large black woman.” She’s posted a “Duck Lives Matter” meme.

In spite of her hateful behavior, her cultural appropriation of yoga, her violence against brown and black women, she’s making a great living teaching yoga and authoring yoga books.

[Read Related: How a Popular Decolonizing Yoga Summit Became a Colonizing One]

Five years later, I ventured to work for a different organization that provides yoga programs to public schools. It, too, was run by a white woman. I guess I’m a glutton for punishment. I had been referring students from my POC yoga teacher training to her organization because they offered decent pay and needed teachers of color to work with kids of color.

As I was going through their training, I discovered that they had fired one of my former students, a queer black woman, on the day that she was being evicted from her home. I decided to ask some questions.

The flood of white tears propelled me to quit before I was fired. I received the “the palpable tension between us wouldn’t be good for the kids and the kids are my number one priority” email literally within seconds of sending my resignation.

How has this affected you mentally and physically?

After getting fired from the volunteer job, I became severely depressed and decided to end my yoga teaching career. But then I wrote about my experience and published it on Elephant Journal. I was then contacted by the Denver Center for Crime Victims and started teaching a WOC class, which then led me to start the POC yoga teacher training. So in a way, that experience, though very hard, led to greater purpose and path to healing for me.

Throughout these (and so many other) racist experiences, I’ve had to shove my feelings down. I recently had a health issue arise, and we still aren’t sure if it’s a stomach or a heart problem. Energetically, it feels like I have been shoving my grief down into a space of anger for years because anger feels a little more powerful.

But I have also been suppressing my anger, and that continues to cause a lot of inflammation in my body. I’m going through a pretty intense time right now where things are bubbling up, and I have to experience everything that I’ve been pushing down for the last two decades.

All the Reasons Why I Want to Feel Beautiful