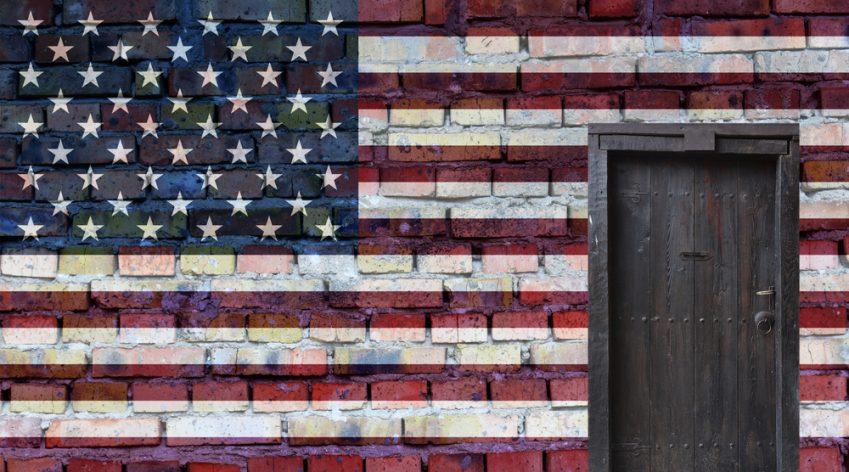 The following submission is from an anonymous writer because they did not want their opinions to have an effect on their safety and visa status.

I’m not American by birth or right, but I live here in the United States of America.

I pay my taxes and contribute to the economy: by working here and spending my money here.

I teach, work, and study in a large U.S. state university where I never felt unsafe even as I have trudged home alone; tired from working until 2 a.m. on-campus. Occasionally, I have staggered home inebriated in the company of other students and friends. And still, I never felt threatened, afraid or “othered.”

I made it my priority to be “more American.” I worked to make friends, find work and developed my personal identity.  I was far removed from where I came, without friends and family.

But, I wasn’t alone. I made friends, found a family. And through the course of my study and work, I have grown to love this country.

It isn’t perfect by any means. There is inequality — of means and of race, and there is conflict. There is intolerance. But for the most part, it is a country that is great and good. There are people from different backgrounds,

But for the most part, it is a country that is great and good. There are people from different backgrounds, beliefs and socioeconomic strata who usually help each other. There have been times when I have been afraid to speak up, but have found others willing to speak for me. I have spoken up for what I believe to be right. I have admitted to sometimes being wrong.

Today, I have friends of different ethnicities and teach a diverse student body about the role of media in contemporary society, and how to be better English writers. I could never imagine doing this in any other place. In my classroom, we learn to respect diversity — in opinion, in belief, in race and in national origin. We learn what it means to be a citizen of a globalized world.

I’ve come to love this country because here, I can be who I am: a single highly-educated woman from a country which has had a female head of state, but still holds women responsible for rape.

I love the USA because I thought this was a country where I could lose myself, to achieve my potential independently, and without prejudice from others; where my caste, religious beliefs (or lack thereof) and my marital status meant nothing. After all, the USA is a country that has inspired millions of dreams and dreamers alike, and then provided the means and hope for them to realize them.

But, I never factored in my skin tone or the color of my passport. I am, after all, a person of color: a label I never applied to myself before, because I never saw it as part of my identity. Instead, I saw my identity as something I created through my actions, and not by what I wore or how I looked.

But perhaps I was naive. I came to this country in the wake of 9/11, and I was never worried for my safety.

In the past few months since the US elections, I’ve been told to go back to where I came from. I’ve begun to fear for my future in this country, and I’m not even an illegal alien, a refugee, an asylum seeker or even someone who is threatened in my own country. All I am is someone who believed in the vision I held of this country.

And I’ve begun to wonder if that vision is an illusion.

I read assignments turned in by young students who support a president who wants to build walls, wants to deny entry to the very people that Lady Liberty once welcomed, thinks it is alright to grab women by their genitals, wants to deny medical coverage to those who can’t afford it, increases taxes on those who can barely afford to make ends meet – and who makes sweeping exclusionary statements on people’s religious beliefs, gender, sexual orientation, national origin, and race.

It’s scary frightening. I’ve tried to listen more, to understand why and how these young people (of all race and ethnicities by the way), would support him and his policies; and so far, my only conclusion is that they’re too naïve or dejected to understand the implications of his rhetoric. I refuse to believe that they embrace hate and the divisive feeling that surrounds me.

And, above it all, I’ve tried to not take it personally. After all, these are the policies and attitudes of a nation that is not legally mine.

After all, I’m not an American, and I could go back to where I came from.

But I really don’t want to.

Because, despite the fear, the poorly-written rhetoric, and the implications of the divisive policies, I can still see that most people hold on to that foundation of hope that this country was built upon.

It’s the same hope to which I cling.