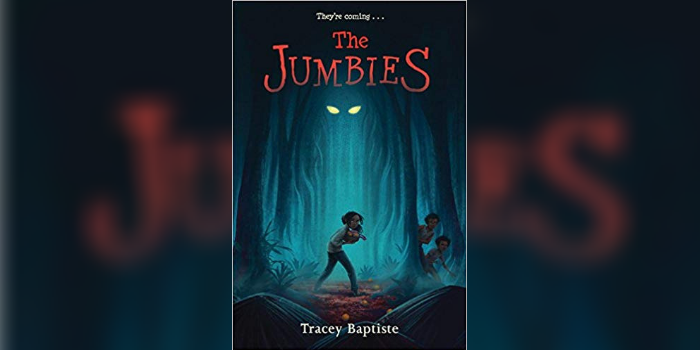 My mother tells me all the time that if you don’t trouble trouble, then trouble won’t trouble you.” – Drupatee Sareena Rootsingh

Tracey Baptiste, who is now a librarian in New York, was born in Trinidad where she grew up hearing stories of mystical beings. Her novel “The Jumbies” and the corresponding series was created so Caribbean children can read their own cultural fairy tales.

My only regret in reading this book is that I did so as an adult and not as a child.

Baptiste’s stories don’t revolve around a princess who needs rescuing nor does it feature blonde characters from far off, cold places. The main character, Corinne La Mer, is a little Trinidadian girl, who teams up with her friends to save her home from creatures their parents warned them about in bedtime stories.

She is Afro-Caribbean with heavy French influences and lives with her father in a house on a hill in a little secluded area from the main town. Her father is a fisherman, and now that she is old enough she’s responsible for taking the oranges she grows in their yard to the market to sell.

Two homeless boys, both also Afro-Caribbean, without the French influence, are up to mischief when they take Corrine’s chain, tie it to a frog, and send it into the forest. Corrine chases after it and grabs her pendant. She manages to leave the forest but she knows she should not have been there. The forest is where all the old people say the jumbies live and the jumbies do not like people venturing into their forest. Even though she did manage to leave the forest safely, she alerted something to her presence. Something that would follow her to the market and then wreak havoc on her village. Corinne doesn’t believe in jumbies though. It’s up to her friend, Drupatee Sareena Rootsingh, to educate her on old stories and to try and convince her to take them seriously. Eventually, Corinne does believe, seeing is believing after all, and she joins her friends to take on the jumbies that descend on their village.

I won’t say more but this is a young adult novel so the ending is definitely uplifting and leaves room for an additional book in this series.

I enjoyed the Trinidadian/Caribbean representation while reading this book, so I know I’ll definitely be reading the rest of this series.)

Baptiste does an incredible job of capturing the Caribbean multi-cultural essence and history and then folds it into an imaginative world of witches and jumbles.

Kids should read this novel. It will give them a chance to read about creatures they only hear stories about once in a while from the oldest members of their families. Just maybe don’t read it as a bedtime story. I wouldn’t want anyone to have jumbie nightmares!