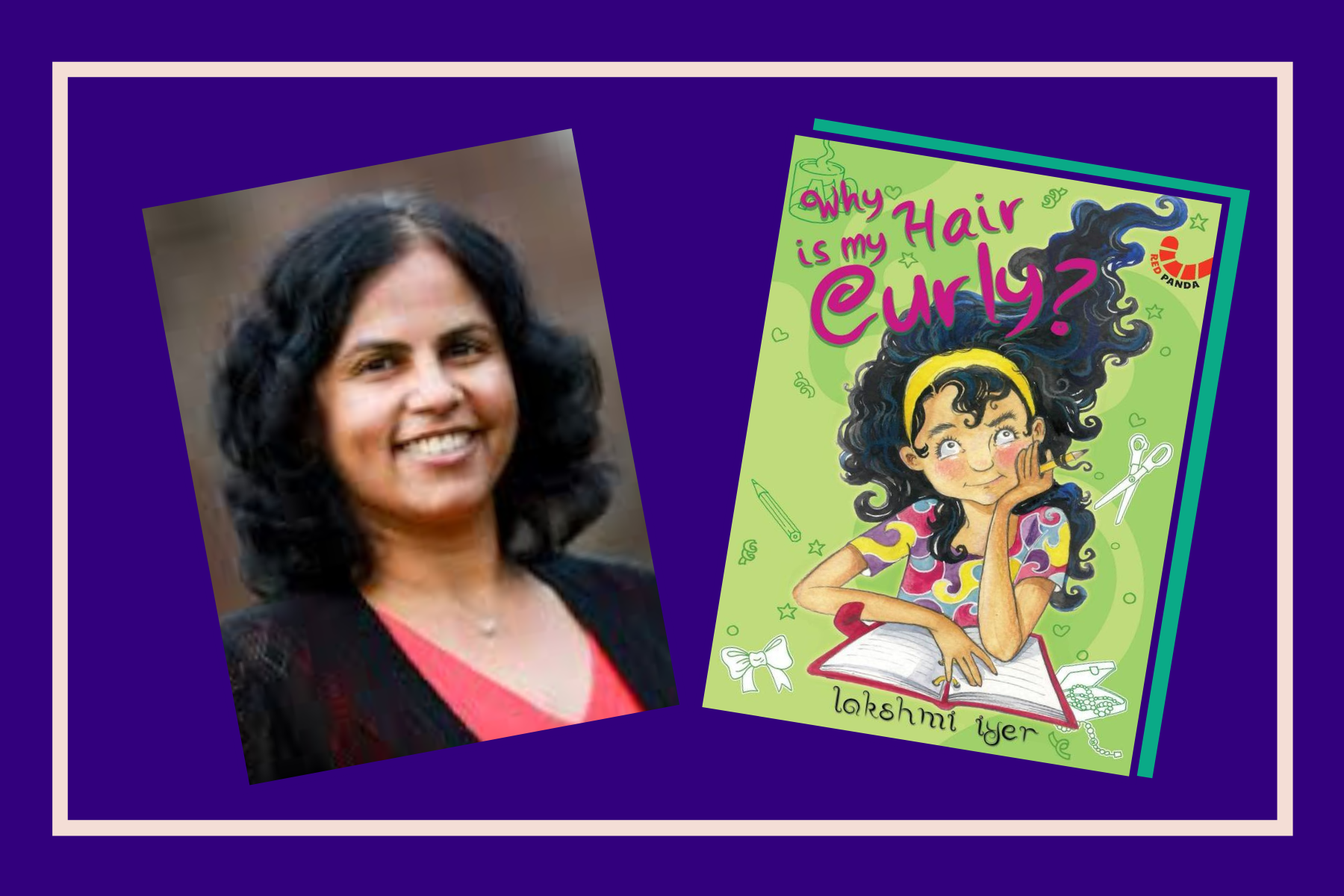 I jumped at the chance to read “Why Is My Hair Curly?” by Lakshmi Iyer. As a newly-initiated young mom with a passion for reading, I’m always on the lookout for children’s books that represent diversity and culture. I wasn’t disappointed – Lakshmi does not shy away from difficult topics, nor from a proud presentation of South Asian culture.

Avantika and her younger brother Avnish both know that they are adopted. They celebrate their “homecoming” every year and have many open discussions with their parents. But after getting teased by her cousins over the summer, Avantika starts the new school year thinking about her birth mother. Her own hair is long and curly, unlike her parents or any of her friends, and she finds it difficult to maintain.

Her thoughts are further complicated by the presence of a mysterious stranger in their neighbourhood, an old woman with hair just like hers who teaches her a lesson about her past. “Why Is My Hair Curly?” is a breath of fresh air in the world of children’s fiction, tackling many different topics of identity, family, acceptance and belonging.

Avantika’s hair sets her apart from her classmates, is the target of bullies and is hard to maintain. She sees it as ugly and unruly until one day, a stranger on the train compliments her, triggering a shift in her perspective. Aided by the mysterious old woman, she learns how to oil, comb and braid it, learning to appreciate its uniqueness as well as explore her identity as an adoptee. Lakshmi explains,

I had trouble fitting in and molded myself to be what the people around me wanted me to be. In my mid forties, I am finding my space and voice. I want my kids and the children who pick this book up to understand that who they are is enough.

She does this in many ways. One thing I loved was how Tamil words and culture frequently appear throughout the book. Lakshmi felt that much of South Asian literature was whitewashed to fit a wider audience and wanted to represent her culture, saying,

There is more to contemporary India than elephants, palaces, the Taj Mahal, poverty or cows on the streets.

Tamil words appear unapologetically throughout the story, and any explanations are given in the text rather than in footnotes. These small things serve to avoid centring a white narrative and avoiding the “othering” of PoC culture.

Lakshmi weaves in many other themes, such as women’s choices, when Avantika asks her mother why she works if it makes her tired. Her mother explains that if housework was her only responsibility, she would be unhappy and that pursuing a career makes her the best version of herself. Avantika also navigates her complicated feelings through journaling, opening up and trusting the adults in her life with her secrets. While many books featuring South Asian characters feature their pain, Lakshmi places joy in each of her characters’ stories.

Identity in any situation is a diverse path and certain aspects of the story may be more relevant to some than others. For example, Avantika stops ascribing her hair to her birth mother and connects it to her mother and grandmother instead. This would probably not be as relatable to a family in an open adoption circumstance, or to an adopted child who is interested in exploring a relationship with their birth mother.

Avantika also makes the decision to cut her hair to make it easier to manage. “Cutting the hair is symbolic of her accepting that this was something she had no control over,” Lakshmi explains, “yet it is something she could revisit in her life at a later time when she is ready for it.”

Again, this decision may be less relatable to children encouraged to celebrate textured hair as a response to internalized colonialism. Regardless, Lakshmi does an amazing job of creating a narrative that celebrates South Asian culture, families and identity, and centring their joy and love.

You can purchase “Why is My Hair Curly?” from Amazon and keep up with Lakshmi Iyer’s work on her blog and Twitter!