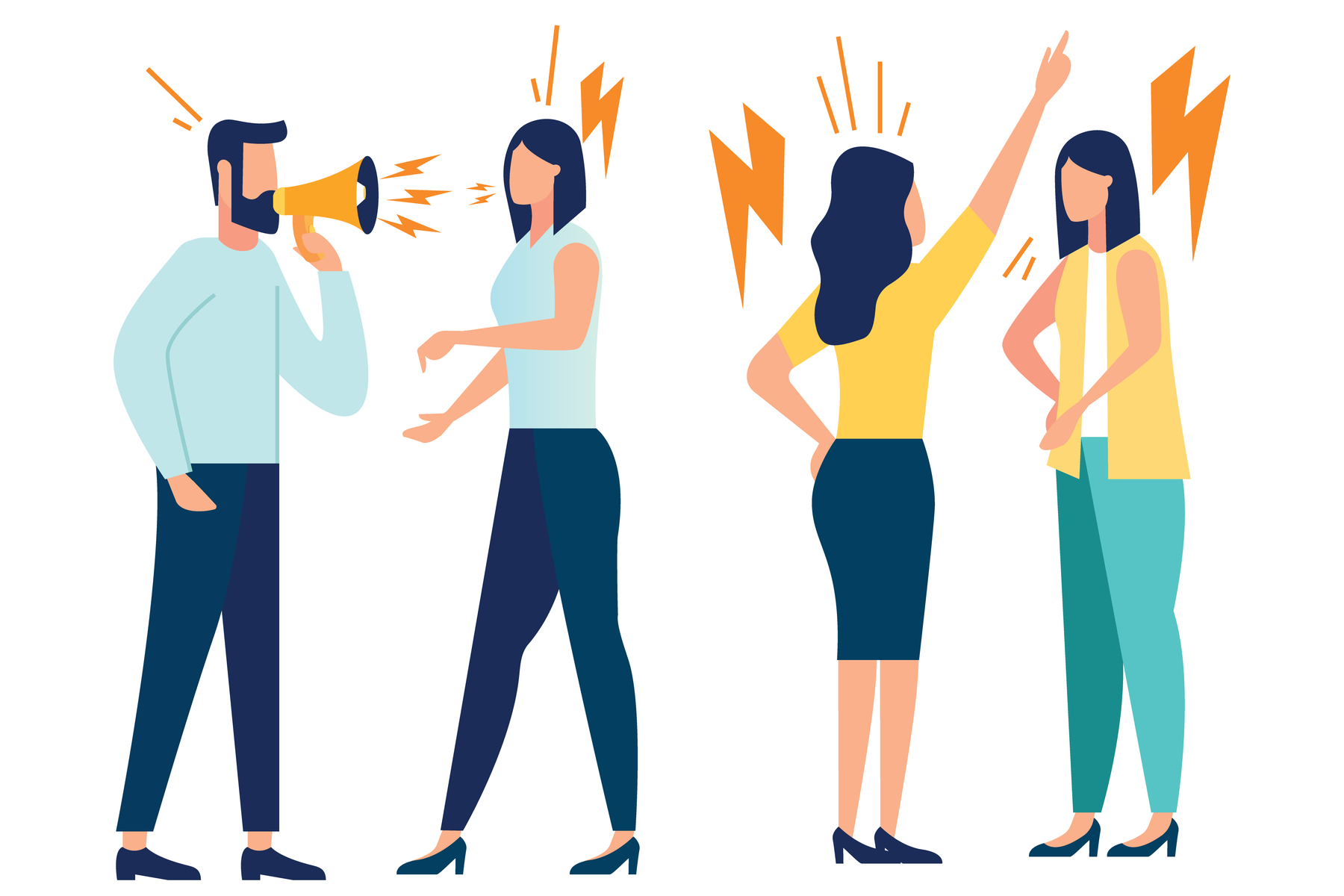 Disagreements and arguments are inevitable in any relationship, whether it’s with your partner, parents, child or friend. The closer the relationship, the more crucial it is that arguments and disagreements are addressed effectively. Essentially, arguing in a way that brings two people closer together versus further apart. Unfortunately, life doesn’t always work that way and our anger plus ego can lead us into a full-on battle.

There is no one I argue with more than my husband (my mother comes in a close second). Over the span of the last seven years, my husband and I have argued countless times. Some arguments are minor disagreements, blowing up into catastrophes and other arguments had us questioning the state of our marriage. The worst of it was our first year together. Since then, no two arguments have been the same. Throughout the last six years, our arguments have evolved into somewhat of an art. Our arguments and disagreements transformed from angry screaming and silent days to quick, effective arguments. This made us stronger and happier.

When we got married, we were still young in heart and mind. We had yet to evolve into the adults we are today and we are still continuing to evolve. The first difficulty we came across as partners was the battle of evolving together. It’s hard enough to evolve as an individual. When you’re married and evolving into your best self at the same time, it’s important to check in with your partner so you don’t leave them behind.

Our initial arguments were full of ego and self-importance. We were stuck in limbo because we didn’t want to be wrong or confirm that the other was right. Stuck in a cycle of blaming each other in order to satisfy our egos, these arguments would ignite from the most mundane issues like not doing the dishes or dirty laundry on the floor. Then an argument would burst into a fight that would last days. Neither of us wanted to be wrong so the fight was a silent battle with zero communication. Eventually, one of us was too exhausted to care anymore.

These types of arguments don’t work. There is no reason to exhaust each other into a truce. With ego and no communication, we had no upward trajectory in our relationship or personal growth.

We felt as if our marriage was on the verge of being over before it even started. I was very close to packing my bags and retreating back to my parents’ house. I called my parents to warn them that my marriage wasn’t working out. My dad encouraged and guided me to change my approach. With nothing left to lose, I took his viewpoint into consideration and started making some changes. I began working on my personal development and learned the art of communication. Pinpointing where I was wrong and accepting that I actually did not know it all was vital. Once both partners in a relationship can learn how to accept their individual flaws and faults, marital growth can begin.

My first flaw in our marriage was that I over-analyzed my husband. I nitpicked everything he did wrong and never focused on what he did right. I always noticed when he didn’t do the dishes, but I wasn’t counting when he did do the dishes. So I decided to make a mental note to praise him every time he did something I liked and give him grace when he missed a task or chore.

My second flaw in our marriage was my timing. I approached my husband with my issues and concerns when I was emotionally angry, sad or distraught. I also didn’t keep his schedule in mind. Sometimes I would approach him first thing in the morning or when he was getting ready for work. Worst, I would come at him right when he got home. I learned that it was better to process my emotions prior to approaching my husband. Sometimes just by processing my emotions on my own, I would catch that the issue at hand wasn’t an issue at all. It was something I was internalizing.

My third flaw in our marriage was that I was always on the cusp of leaving. I would fight back with the ultimatum that if he couldn’t get it together, then I was out. I’m not sure why I always used this tactic because I honestly didn’t want to leave our marriage, but it came with having a conversation while emotions were running rampant.

The Changes We Made

Prior to entering parenthood, we put the silent treatment to rest. We made a promise to each other that we would no longer go silent from anger, but rather express ourselves and communicate, even if it was difficult. We stuck to this promise and communicating was the first step to success for effective arguing.

As the years went on, we also stopped going to bed angry. We went to bed next to each other, with love, even if an argument hadn’t been fully resolved. Showing your partner that you love them even when you’re mad takes a large drop in ego, but will strengthen your bond. Just because you’re upset doesn’t mean you love them any less. Love doesn’t work that way.

We stopped fighting over the small stuff. The reason we were fighting over so many everyday items was that I was counting. I was counting how much I was doing and how little he was doing from my perspective. I stopped counting and learned that marriage isn’t equal, but in our household, it was fair. My husband did more than I gave him credit for and allowing myself to see that resulted in appreciation and love versus resentment.

We started truly listening to each other. Stop trying to yell over each other and stop thinking about your rebuttal while your partner is speaking. Just listen. Really hear and process what your partner is saying. If you feel attacked and have nothing nice to say, ask if you can take some time to process their thoughts and feelings before replying.

What You Should Not Do

Refrain from using blame when talking to your partner. You didn’t do this, you did this, you suck. Blame only results in the other person feeling attacked. Instead, choose to use “I feel” or “I think” and remind your partner that you are speaking specifically from your perspective and not omnisciently.

Don’t use definitives. You always do that. You never do this. Definitives are unfair. My husband doesn’t always leave his socks on the floor even if he does it 80 percent of the time. Give credit where credit is due and don’t put your partner in a bubble in which they don’t belong.

Stop bringing up old stuff. Remember when you did “xyz” four years ago? Leave what’s been resolved in the past. There is no reason to use past mistakes and wrongdoings as ammunition in your battle. Making mistakes is part of being human so let’s allow our partners to be reasonably human.

What You Should Do

Choose a time to communicate that works for both of you.

Make sure to have minimal distractions. Turn off the TV, put your phone away and make sure the kids are occupied or asleep.

Take turns speaking to share your point of view. It’s important that both of you have time to speak, process and hear each other.

Be ready to admit you’re wrong. If you are wrong, drop the ego, admit you are wrong and apologize. Sometimes it’s as simple as saying, “I’m sorry.” Your partner is not there to judge you or take home a trophy for winning. Seeing your own faults and adjusting to being better next time is a part of personal growth as well as marital growth.

Pick your battles. If buying the wrong bread leads to a drawn-out conversation about your relationship, you are going to exhaust each other. If the kids’ diet is important to you, then you are allowed to choose that as your battle and communicate to your partner that stuffing them with Oreos instead of the dinner you made is not okay. If the laundry is your battle, then please continue to remind your partner to move the clothes to the dryer before they smell like old socks. You can choose whatever battles you like, but choose up to three and choose wisely.

Come out stronger, together. Remember that the goal of an argument isn’t victory — it is to come out with a better understanding of each other. Using the tools given to lead your argument will allow you to come to a compromise and solution that makes sense.