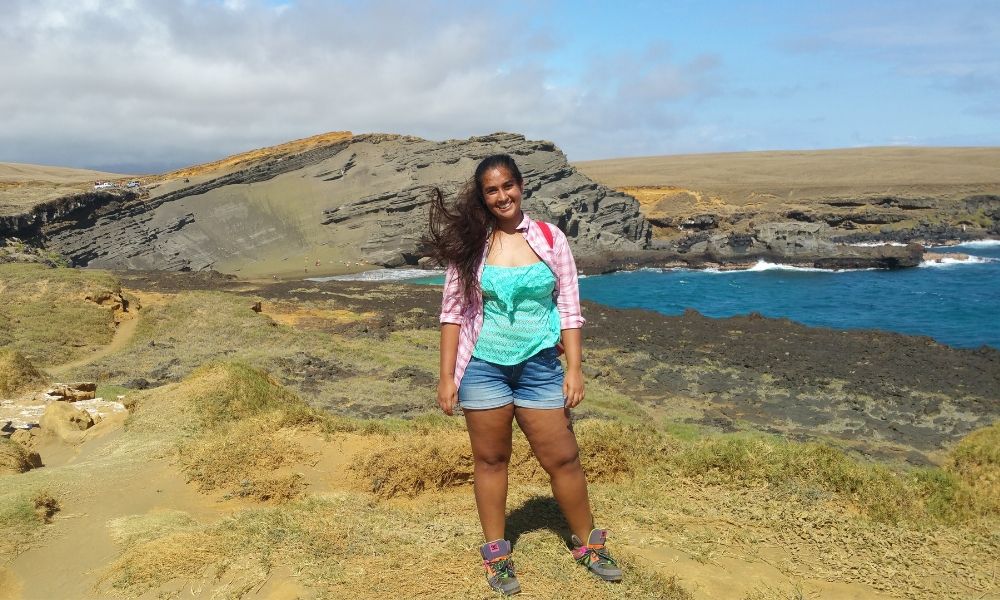 If you’ve ever seen “Selena,” a 1997 biopic film starring Jennifer Lopez as Mexican-American singer Selena Quintanilla, you’ve heard this line. Watching this movie as a child, I felt that line in every fiber of my being.

As an Indo-Guyanese American, identity can be a complicated subject. I grew up regularly confronting questions about my identity. I internalized many of these confusing confrontations, feeling like I didn’t truly belong anywhere because I couldn’t fit the molds that were placed in front of me.

The only other brown kids in my elementary and secondary school were my relatives. There were a handful of Caribbean kids, but they were Afro-Caribbean. Their connection to the Caribbean were their parents or grandparents and they were ignorant of the fact that people from the Caribbean could look like me too. They heard my name, saw my face and decided I was Indian.

Whenever I run into South Asians, I’m generally asked what part of India I, or my parents, are from. When I respond with “I’m Guyanese,” I usually get one of two responses: Either they say “oh…ok,” with furrowed brows and an inquisitive look, or something along the lines of “but you look like you’re Indian,” implying that they and I are not, in fact, the same.

At home, I’m different too. Pizza is my favorite food, and for the most part, I only know how to make pasta. I don’t listen to most music that comes out of the Caribbean. I don’t know very much about Guyana, and no one takes me seriously when I throw Guyanese slang into sentences. They reduced my Indo-Guyanese American identity to just American, and I’ve been dubbed the family’s coconut – brown on the outside but white on the inside.

A few years ago, I wanted to live outside of my comfort zone, so I picked up and moved 5000 miles away to a small town on the Big Island of Hawai’i. Just about everyone was some kind of brown, so I blended in though no one else was my kind.

I related to a lot of different aspects of Hawaiian culture as much of it felt so familiar to me. They too had stories of ancestors who relegated to working on the plantations, and they too had their own version of Creole. Their families were large, loud, and close-knit, and you took your shoes off before entering someone’s house.

There were also a lot of mainland and international students with whom I got along because I always managed to find something in common with them, from sharing the same taste in music with the Latinx kids and the same taste in sports with the international kids to hating all pizza that didn’t come from New York with the handful of other New Yorkers. No one saw me as a specific kind of brown. In Hawai’i, I was Vijaya.

That’s all I’ve ever wanted to be. Vijaya. A compilation of the many influences in my life, including my double hyphenated culture. It took more than two decades and a 5000-mile journey, but I eventually figured it out.

I’ve come to accept that being Indo-Guyanese American will always come with questions. In addition to figuring out how to be at peace with my identity, I also discovered that part of my identity issues came from my anger and impatience at the outside world’s ignorance.

Now I see how important it is—as part of the South Asian diaspora, as an Indo-Guyanese American, as the “other”—to find a way to speak about our experiences and our culture from a place of patience. We are a fairly small population in the grand scheme of the world, but we come with incredible stories of survival and triumph that, if we want to be known, are meant to be shared.