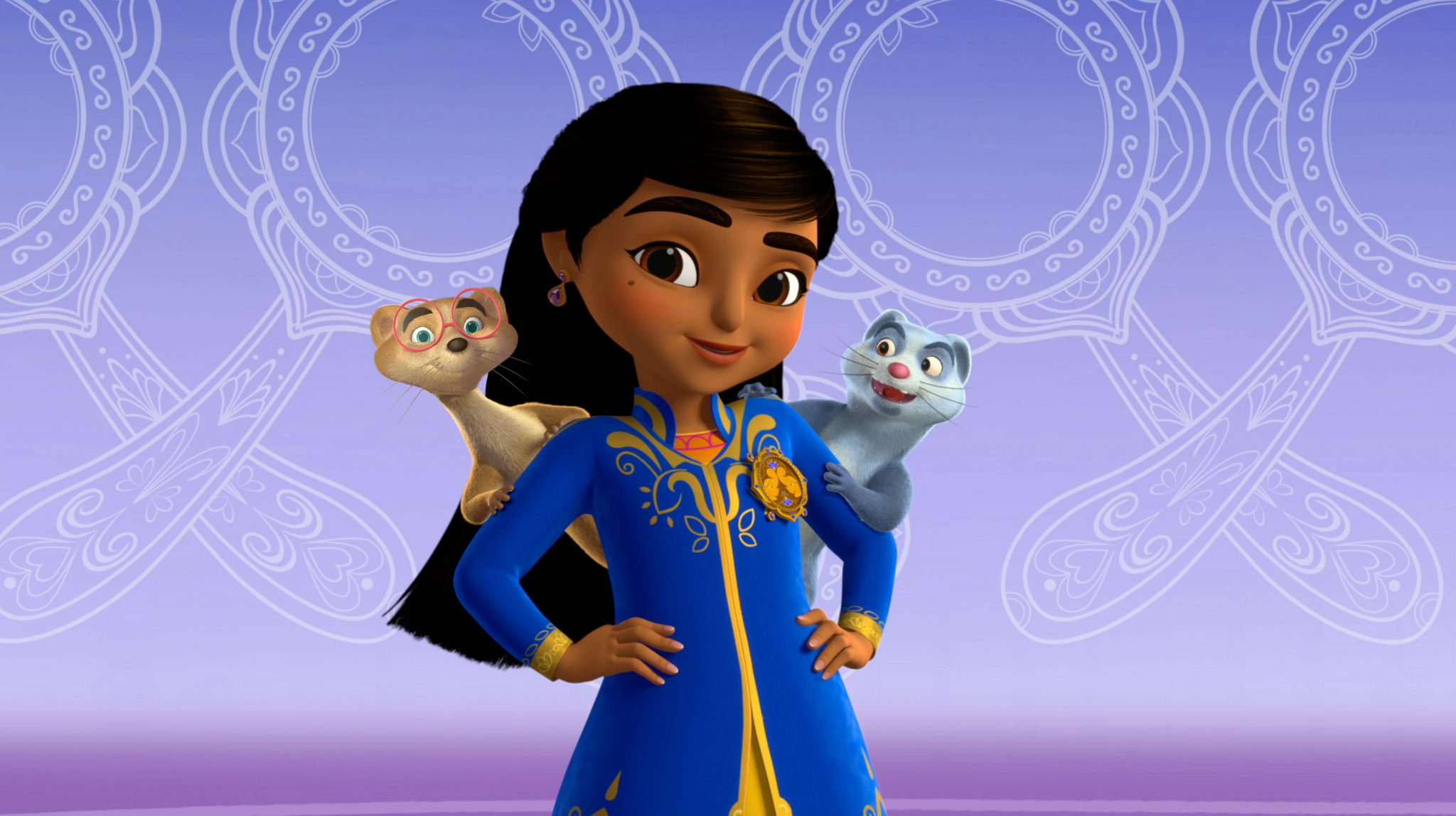 “Mira, Royal Detective” premiered on March 20, 2020, on Disney Junior, and it’s taken the country by storm, especially with so many children home from school. The show centers on Mira, a young girl who is appointed by Queen Shanti (voiced by Freida Pinto) to be the royal detective. Mira (voiced by newcomer Leela Ladnier) is in charge of solving mysteries throughout the city of Jalpur. She’s accompanied by Chikku and Mikku (voiced by Utkarsh Ambudkar and Kal Penn, respectively) Prince Neel (Karan Brar), and her cousin Priya (Roshni Edwards).

Freida Pinto plays Queen Shanti in the new Disney Junior series. Unlike anything else Freida has done, this is her first kid-friendly role. From being in “Slumdog Millionaire,” which also featured a breakout South Asian cast (Hey, Dev Patel) and now to being part of something just as culturally significant as “Mira, Royal Detective,” Freida being Queen Shanti is really the perfect fit. She notes that her favorite moments are coming into the record sessions and seeing all familiar faces like Karan Soni & Hannah Simone.

Utkarsh Ambudkar, Brown Girl Magazine’s favorite leading man, plays Chikku. Chikku, along with his pal Mikku (Kal Penn), is a mongoose who is always hungry, tries to come up with the best ideas, and is a talented musician. Utkarsh and Kal Penn together is the comedic duo we never knew we needed. With their catchy tune that signals Mira’s time to solve a case to the two mongooses trying to sneak away and find food. Like many of his roles, Utkarsh’s character is bound to be a fan favorite for sure.

And finally there’s Mira herself, Leela Ladnier. At just 16 years old, she’s the star of “Mira, Royal Detective.” Leela and I spoke about being a teenager, working with your idols, and what she’s splurged on so far. Leela says she wants to be more like Mira; independent, kind, and willing to help others as much as possible. Leela hopes to be a good role model and continues to be inspired by the shows cultural significance.

Both in front of and behind the camera, “Mira, Royal Detective” boasts an impressive number of South Asian creatives working to make this joyful show. Though only a couple of episodes have aired so far, this series has already proven to be an incredible step in the right direction for more South Asian representation in the arts. And we at Brown Girl Magazine cannot wait to see more.