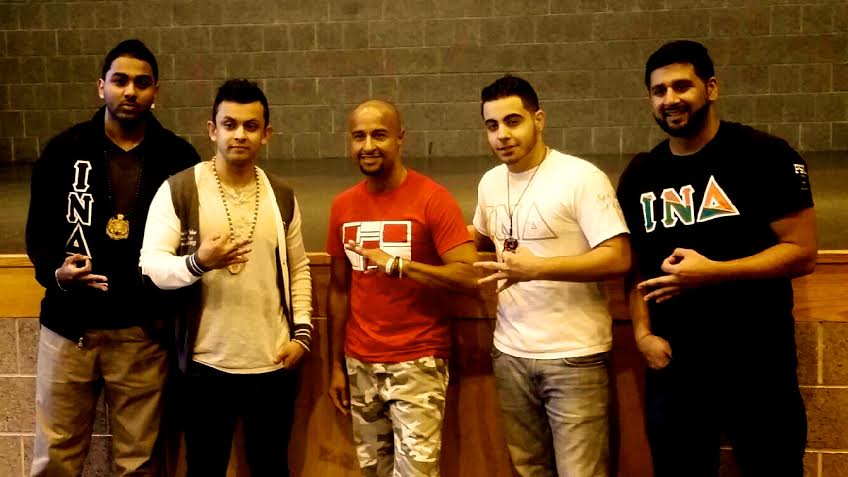 It’s not everyday that a South Asian fraternity takes part in CHAOS, a renowned step/stroll competition, meant to unite the nation’s Greek life. But one organization is out to break the common stigma that South Asians can’t step or stroll because we can only dance to Bollywood numbers. Just as the Bollywood/hip-hop fusion dance troupe Wanted Ashiqz broke the glass ceiling on Wednesday by making their way on America’s best dance show, So You Think You Can Dance, six well-rounded Iota Nu Delta brothers on the national step and stroll team are on their way to showcasing their talent and pride in New York City on June 28.

Check out IND’s promo video with celebrity choreographer Chuck Maldonado, whose famous dance skills have rocked the big screen in films like “Stomp The Yard: 1 and 2” and “Step Up 4.”

CHAOS, the largest step/stroll competition and convention in the nation, was established in 2009 to promote unity among the Greek community, (or known as fraternities and sororities). The organizer of the event, Art of Stepping, along with its national sponsor, Nickelodeon, holds the competition in seven cities across the U.S, and provides a unique platform for Greek organizations to express the art form of stepping and strolling.  The annual convention starts on June 26 in New York City with events leading up to the competition on June 28.  The goal of this event is to embody the vision of Greek unity, while showcasing the talents of its members.

Stepping and strolling is a dance form sparked by Black Greek organizations. Stepping consists of synchronize moves without the sounds of background music. In stepping, the members will clap, stomp with their feet, jump, which creates a unique beat. Strolling functions by having members of a Greek organization line up one after another and form a very intricate and choreographed dance that doesn’t break far from its line formation.

The origins of why we started stepping and strolling was initially to advance one of the original goals of our founders, which is to bridge the gaps between South Asians and other cultures. Our organization was founded during a time when discrimination of the South Asian community was rampant. Even though discrimination is still clear today, it is not necessarily under the same identity it was 20 plus years ago.

Today, many continue to profile people on anything that can be rationalized, with gender and race acting as mere starting points. The South Asian community, (among others communities) fall victim to many stereotypes, creating barriers of inequality derived from generalized perceptions of our culture and people.

We use stepping and strolling as a vehicle of change for us to disprove the stereotypes that still linger. It allowed us to display a different form of art than what is traditionally done and expected by South Asians. To us, it is a symbol of openness to other cultures, while showcasing originality.

We believe trying new and unique experiences can open unseen opportunities. As the only South Asian organization competing at CHAOS, we are humbled to be part of such a tremendous experience. From working with celebrity choreographer Chuck Maldonado, to seeing support from our fans on Twitter, this past year could not have been more exciting. We are all thrilled to get on stage and show everyone what we have worked so hard for. We hope to see you all there and thank you again for the support!

Iota Nu Delta, the first South Asian interest fraternity in the world, develops well-rounded men to become leaders of tomorrow. These leaders are encouraged to strive towards the forefront of progress in our global society.  While dedicating their time and effort to the organization, they must also be able to uphold their core responsibilities–to faith, family, academics and their career.

The men of Iota Nu Delta engage in the lifelong cultivation of Mind, Body, and Soul.  Although they may have a variety of backgrounds and histories,  each brother shares the bold ambition to accomplish greater things in life and become unified as one unit to progress the South Asian community. In their quest, they are empowered by the resources of a national network that is built not merely by “membership in an organization,” but by the unbreakable bonds of Brotherhood Eternal.