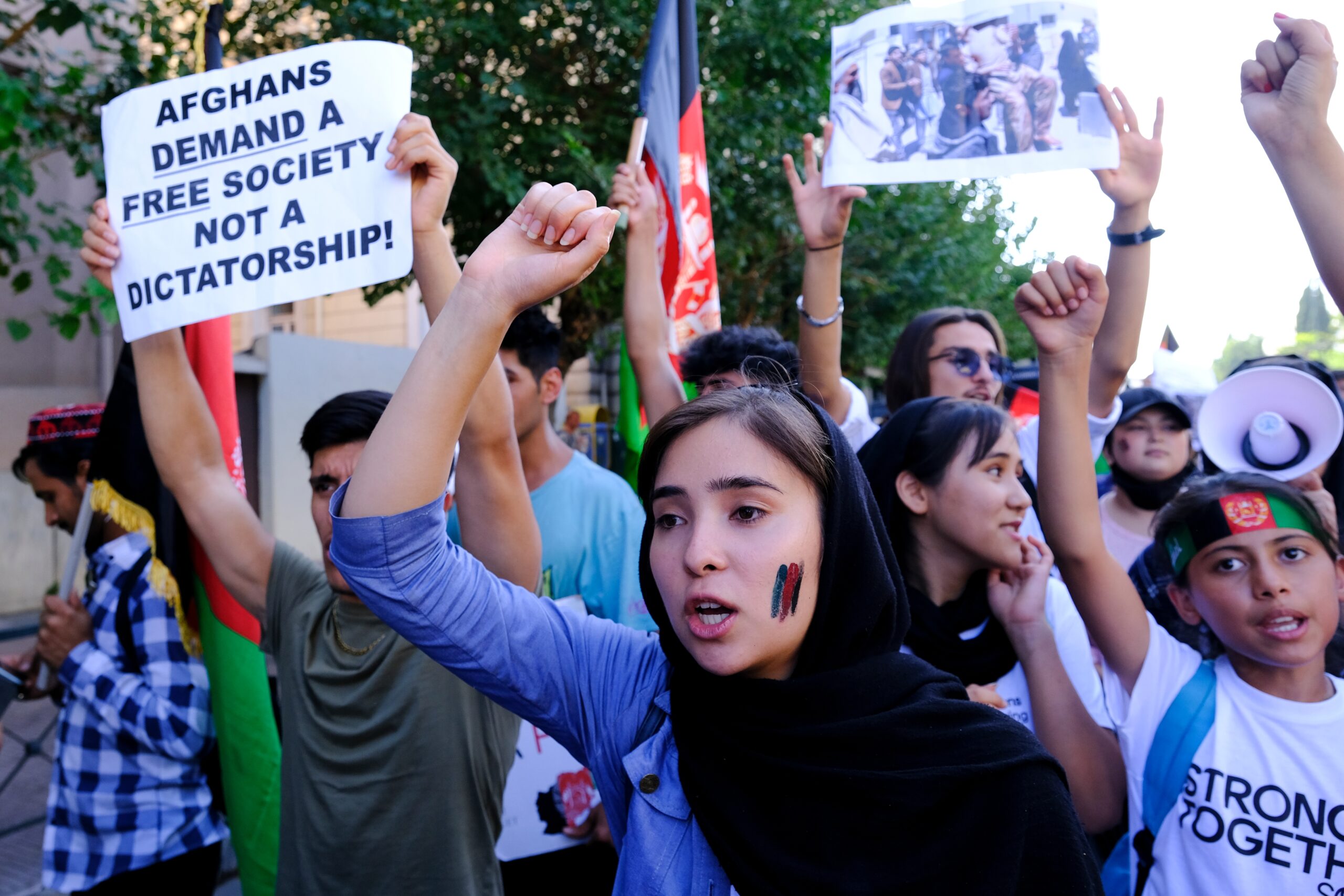 Narratives around what is currently unfolding in Afghanistan continue to centre around a largely accepted idea that Afghans have no one else to blame but themselves. Afghanistan armchair experts blame Afghan soldiers for the swift handover of power, pity the plight of Afghan women who are perceived as helpless and paint Afghan men as savage and barbaric. What these narratives fail to include are the nuances of how foreign interference, including from the U.S., U.K., NATO, Israel, House of Saud and Pakistan, have for decades directly contributed to destabilizing the country.

Foreign governments must be held accountable for enabling the humanitarian crisis that is unfolding now – and what has been happening for the past 20-40 years. Part of keeping foreign governments in check is for their populations to do their part in staying educated and vocal about Afghanistan. As an Afghan woman, I call for the public, particularly in the West, to take responsibility in learning and understanding how colonial history is at the crux of the inevitable abandonment of Afghanistan.

I am the daughter of two Afghans from two different backgrounds, ethnically as well as socially, who were living in Moscow when I was born. They were living in Moscow for a set of reasons, one being the destruction of Afghanistan just 40 years ago, by the same forces that are destroying it now. The U.S.S.R. had just fallen. I then spent the first six years of my life living happily in the new Russian Federation. I even experienced visiting the very first McDonald’s in the U.S.S.R. — a joyous moment in a time where capitalism was seen as a beacon of opportunity, innovation and security.

Eventually, after my parents separated, I moved to the U.S. and quickly learned that everything that was apparently so great about the capitalist West was a facade. My father worked in sustainable farming counter to opium production (wherein he would introduce crops such as angora goats and saffron, which are more lucrative, to the market to counter the poppy trade), returning to Afghanistan right at the start of the American invasion, and what did his helping Afghans get him? Patriot Act-ed. Never allowed to return to the U.S. again, while myself, my mother and our entire family were constantly tailed by the F.B.I./C.I.A., our phones tapped, questioned for hours randomly.

Why would helping our people especially in such a holistic way get my father targeted by the American government? This marked the start of my critical analysis of the U.S., and thus an advocate for my Afghan people and the injustices they have faced at the hands of foreign forces.

All that being said: I am here to tell you, respectfully, that everything you have heard in the West about my homeland is a lie.

Like many other Afghans, I am no stranger to dealing with ignorant, prejudiced people in the West based on my ethnic background. I look Afghan, or at least to them, ‘Other.’ I get asked where I am from, asked about my story, (“oh, you lived in Kabul?! How was that?”) all the time. The amount of mis/disinformation and confusion people regurgitate about Afghanistan is terrifying. Terrifying because it is also a reflection of the failure of Western education and one’s own awareness of how their home country’s government has actively destabilized my family’s homeland, yet have spun propaganda to place the onus only on the Afghan people. It is also linked to the post-colonial, capitalist, white heteropatriarchy lens that the West perpetuates everything.

I share this condensed version of my story as a starting point for the world to start listening more closely to Afghan voices and mobilize with us as allies. So, what can you do to be a better ally to Afghan people not only today but into the future, knowing that foreign interference and falsehoods spouting from the West about Afghanistan will continue?

First, read. In particular, read “US-Imposed Post-9/11 Muslim Holocaust and Muslim Genocide” by Gideon Polya, read “Do Muslim Women Really Need Saving” by Lila Abu-Lughod, “Zinky Boys: Soviet Voices from Afghanistan War” by Svetlana Alexievich, and “Ghost Wars” by Steve Coll, and familiarise yourself with the outside perspectives of Afghanistan.

Second, humanise Afghans by consuming their arts and culture. Go online and check out darya.net and watch the Afghan film archives, the Afghan serials we have made in the past years, and humanise our people through their own art (I have no commercial affiliation with darya.net – it’s simply a wonderful way to view the type of Afghan media that Afghans themselves consume).

Third, follow Afghan voices on social media to hear Afghan perspectives on the current crisis and what Afghans want for their country’s future. If you don’t know where to start, I encourage readers to check out my Decolonial Therapy – Unpacking Afghanistan’s History series on Instagram (@blingistan), where I have essentially compiled a crash course on everything you need to know about Afghanistan through a decolonised lens. I regularly feature other Afghan voices, including Mina Sharif (@missminakabul), whom you are also encouraged to follow.

Now, more than ever before, Afghans need their allies. If the West does not do its part to listen and support Afghans, not only will the 40 years of Western occupation in Afghanistan be in vain, but Afghan lives will continue to be in danger.

Shamayel Shalizi is a queer multimedia artist with an MA in Social Anthropology. She is the owner of Blingistan, a jewelry & apparel line. All products designed for Blingistan are inspired by Shamayel's experiences growing up in Russia, the US, and Afghanistan. She is a nomad but will always call Kabul her home.