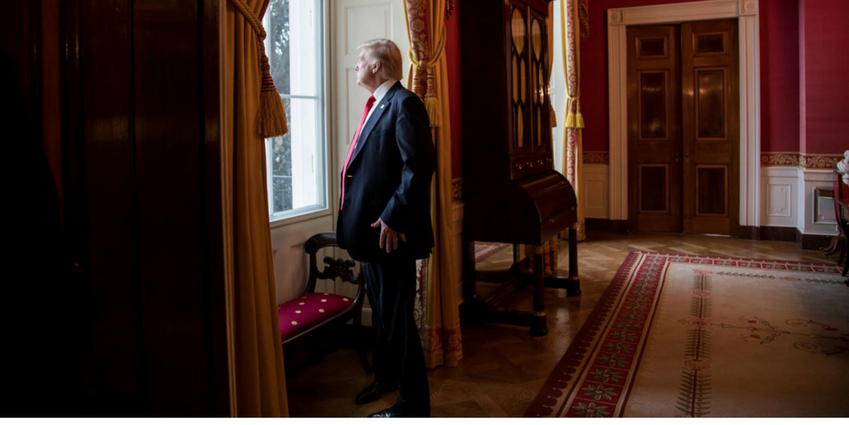 Since Trump’s election, lawyers and social justice advocates have cried out “unconstitutional,” “due process” and “human rights.”

However, for those unfamiliar with the law and with its implications on society and class structure, these words bear no meaning. In fact, it was not until my second year of law school that I even understood the point of the Constitution (and I still often find our rigid adherence to a document written 200 years ago by heterosexual, white male landowners uncomfortable). Trump’s election has caused such a strong visceral reaction on the left that many are too afraid to challenge or even ask questions for fear of being labeled Trump supporters.

These people include older members of my family and community, who know they should hate Trump but are not always sure why. They ask me why Trump is characterized as a xenophobe when he is only against illegal immigration, why America is expected to pay for abortions and health care abroad, and why the temporary refugee ban has received such backlash after reports in Germany indicate that terrorists do disguise themselves as refugees. My mother confided to me that abstract notions of constitutionality, administrative law and liberty do not resonate with her as much as cold, hard facts.

And so, I thought I would provide the facts. This week, I will explain and clarify the concerns surrounding Trump’s immigration policies.

Throughout his campaign, Trump incited fears of rampant illegal voting and even blamed three million illegal votes as the reason he lost the popular vote to Hillary Clinton. In reality, voting by non-citizens is negligible, affecting only .0003 to .001 percent of all ballots cast. Harsh penalties, such as substantial fines and jail time, have been in place to discourage non-citizens from voting illegally. By calling for costly investigations into illegal voting, Trump detracts from a much larger problem of disenfranchisement of American citizens because of overbearing state voter ID laws that systemically prevent the poor, the elderly, and people of color from exercising their voting rights.

2. Undocumented Immigrants & the Burden on the Economy

Regarding healthcare, note emergency Medicaid is not a sustainable method of insurance; in New York, for example, it covers undocumented immigrants only if the lack of medical attention would result in “placing the patient’s health in serious jeopardy; serious impairment to bodily function; or serious dysfunction of any bodily organ or part.” Additionally, while emergency Medicaid costs the federal government about $2 billion, it constitutes less than one percent of the cost of the entire Medicaid program.

While undocumented immigrants prove to be fruitful contributors to the economy, they do not receive the protections and benefits that come with legal immigration status, like fair wages and hours and mechanisms for reporting sexual harassment and unsafe working conditions. If the only substantiated concern about the burden placed on the economy by undocumented immigrants is that they do not pay federal income tax, then the most effective solution would be to legalize them.

Harsh immigration policies, rather than these unauthorized immigrants, actually constitute a much greater burden on the economy. Currently, undocumented immigrants are able to accumulate debt to the benefit of credit lending institutions. Many loans do not require proof of status, and numerous immigrants build debt while here legally, before overstaying their visas. Deportation would cause this debt to remain unpaid. Mass deportation could reduce the national GDP by 2.6 percent ($4.7 trillion) over ten years. Removal would also cost the federal government $900 billion in lost revenues over a decade, and $400 billion to even implement.

The federal government is currently using its limited resources to raid homes and offices to root out nonviolent, unauthorized immigrants. Trump recently asked for asked for $2.6 billion from Congress for border infrastructure and technology for 2018, which does not include annual maintenance costs. Some estimate the wall will cost almost $22 billion to build and maintain.

Instead of investing in improving infrastructure, developing renewable energy or expanding veteran benefits, the Trump administration may invest this large sum on money into an inefficient method of preventing a strand of immigration that is actually on the decline, as fewer unauthorized immigrants are migrating from Mexico. Furthermore, almost half of all unauthorized immigrants are those who entered lawfully and overstay their visas, rather than entering the U.S. through illegal methods. The expensive wall does not address that; rather, the wall functions merely as a symbol of American insularity and fear of changing demographics.

On April 26, Trump unveiled the Victims Of Immigration Crime Engagement (VOICE), an office to serve victims of criminal acts committed by undocumented immigrants. The creation of this office underscores one of the most popular misconceptions propagated by the Trump administration – that undocumented immigrants cause an increase in crime. Trump often points to violent felonies, like murders, committed by undocumented immigrants to prove that this influx of migrants has led to unstable and unsafe conditions for Americans. During his campaign, he stated that Mexico is sending crime, drugs, and rapists to the United States.

Undocumented immigrants who commit crimes do not represent a truism about the unauthorized immigrant population. They commit crimes in the same way American citizens and lawful immigrants do so; an individual’s tendency to act in a criminal manner has absolutely no connection to their legal status.

However, Trump’s inflammatory rhetoric does not consider crimes committed by citizens or lawful immigrants. His belief that undocumented immigrants constitute a scourge on American society has given rise to unacknowledged hate crimes all over the country. Rather than ameliorate conditions for crime victims, VOICE thus successfully accomplishes only one thing: generate and perpetuate hatred between immigrant communities and white Americans.

Deportation and restricted entry are not new ideas. Immigration laws currently outline criteria for removability and inadmissibility, and raids by Immigration and Customs Enforcement certainly occurred under the Obama administration, resulting in the deportation of more than 2 million people. The Trump administration conveys the message that immigration enforcement has been too lax and that they are only now executing existing laws. In fact, many authorized immigrants support Trump’s immigration policies, appreciating the difference between lawful and illegal entry into the U.S. and believing that violators should be punished.

Our existing immigration laws, however, target not only unauthorized immigrants but also immigrants with lawful status. Green card holders, asylees, refugees, tourists, students, and those on business visas are all subject to removal. Lawful permanent residents with even minor offenses on their records may be unable to leave the country – to visit family, to study abroad, to build houses in poor communities – because these offenses can render them inadmissible for legal re-entry to the U.S. If they do try to return, lawful immigrants may be detained at the airport and eventually deported.

Thus, lawful permanent residents could be deported based on a small, nonviolent offense, like possession of 30 grams or less of marijuana, an offense that is often not even policed or prosecuted as a misdemeanor. While smoking marijuana is a prosecutable transgression, societies have laws to create justice and to promote order. There is no justice in detaining and deporting lawful immigrants for mistakes in their pasts; there is no order in dividing and destroying families and sending people to a country they never knew as home.

Ironically, the statute providing grounds for removability, rather than inadmissibility, creates an exception for a single offense involving possession of a small amount of marijuana, reflecting the recognition by Congress that removability for such a minor offense is not sound policy. Thus, lawful immigrants cannot be removed for a single offense involving possession of 30 grams or less of marijuana for personal use, but a conviction for possession does render all immigrants – undocumented and authorized – inadmissible, forcing them to forego travel outside the United States.

5. Show Solidarity: There is No Safe Haven for Lawful Immigrants

Immigration status is not a visible characteristic. Thus, lawful immigrants cannot rely on their status to ensure their safety. Trump’s immigration agenda motivates law enforcement to discriminate against all people of color, as there is no visible, easy way to determine status; even if there were, his policies and rhetoric spew such vitriol, such misinformed hatred, that it is unlikely immigrants would be safe on a technicality. When law enforcement increases racial profiling or raids, lawful immigrants will also be profiled, raided, and violated. Immigration status is merely a proxy for race and ethnicity; Trump’s policies are reactionary, fear-mongering, and without any factual basis. Ultimately, communities of color will bear the burden of these harsh policies, regardless of their status.

Stand with fellow immigrants and people of color to fight these racially-motivated immigration measures. The Trump administration’s agenda is not only against illegal immigrants. It is against all immigrants.