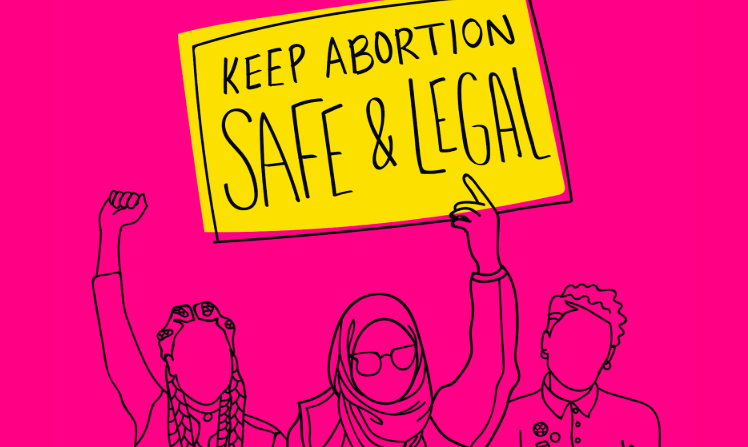 Since the signing of the Human Life Protection Act, Roe v. Wade has reemerged in the public’s conversation on reproductive rights. But how much do we really know about the historic case?

For millennials, it can be like a fish describing water as the post-Roe world is all we’ve ever known. But now we have been ripped out of the water, causing shock, discomfort and a scary sense of urgency. How could this have happened? How can the ‘abortion ban,’ as the bill has been dubbed, stand alongside the landmark Roe v. Wade ruling?

In 1973 it was determined by the Supreme Court in a 7-2 decision that the right to choose abortion was fundamental and protected by the 14th amendment. The original Roe v. Wade ruling also based their regulations on the three trimesters of pregnancy as a way to satisfy the right to privacy while protecting the health of the pregnant woman and prenatal life.

Previous to Roe. v Wade abortions during the first trimester were only legal in New York, Hawaii, Alaska, and Washington, which made safe abortions as soon as pregnancy is detected inaccessible to most Americans.

Here is an excerpt from The New York Times when Roe v Wade was decided to describe this timeline:

In a historic resolution of a fiercely controversial issue, the Court drafted a new set of national guidelines that will result in broadly liberalized anti-abortion laws in 46 states but will not abolish restrictions altogether.

Establishing an unusually detailed timetable for the relative legal rights of pregnant women and the states that would control their acts, the majority specified the following:

For the first three months of pregnancy the decision to have an abortion lies with the woman and her doctor, and the state’s interest in her welfare is not ‘compelling’ enough to warrant any interference.

For the next six months of pregnancy a state may ‘regulate the abortion procedure in ways that are reasonably related to maternal health,’ such as licensing and regulating the persons and facilities involved.

For the last 10 weeks of pregnancy, the period during which the fetus is judged to be capable of surviving if born, any state may prohibit abortions if it wishes, except where they may be necessary to preserve the life or health of the mother.

Since then Roe v. Wade has been challenged and attacked countless times, but the most detrimental was in the case of Planned Parenthood v. Casey. The ruling weakened Roe v. Wade, destroying the very structure it was created upon.

In Roe v. Wade having a specified timeline was intentional in protecting the pregnant individual. However, in Casey regulating the uterus becomes a concern when a viable fetus has a less clear determination, threatening the access of having an abortion during the first trimester.

Today many within Trump administration are working hard towards overturning not only Roe v. Wade but what it stands for as well — access and the protected right to choose for all. Reinstating the Global Gag rule, attacking the ACA and protecting the Alabama Abortion Act, cleverly disguised under the name The Human Life Protection Act, are in fact all strides towards threatening the lives not only in this country but on a global scale by cutting their access to safe abortions.

The Global Gag rule also known as the Mexico City Policy blocks international organizations receiving resources and funds from the U.S. from informing patients on referrals, counseling and any other type of assistance that may advocate for abortion.

First introduced by former President Ronald Reagan in 1984 the Global Gag Rule has been on again and off again, and now stands to target international NGOs (Non-Governmental Organizations) receiving funds from U.S. global health assistance including countries providing access to contraceptives and other family planning resources where HIV/AIDs and malaria are at incredibly threatening rates.

The Gag Rule keeps health providers from informing their patients on all their safe reproductive health options. Not only does this rule force doctors to withhold medical options that can save lives but is also a violation of one’s right to free speech.

Both Alabama and Georgia outlaw abortion after 20 weeks, and now, Georgia is preventing abortions as early as six weeks with less than efficient time for women to realize they are pregnant — there are also no exceptions for cases of rape and incest. Right now breaking abortion laws in Georgia can be punishable up to 10 years in prison because the fetus is recognized as a person under the law, thus attempted abortions or miscarriages could be investigated for murder charges.

A Life Without Roe v. Wade

Abortions did not begin with Roe v. Wade. However, it did make safe and regulated abortions accessible. According to Planned Parenthood, one-sixth of pregnancy-related deaths in 1965 were due to unsafe abortions, and those are just the reported numbers.

The prohibition of abortion burdens low-income individuals the most. A survey conducted in the 1960s, before Roe v. Wade, shows that a staggering 80 percent of low-income people living in New York City seeking an abortion had attempted to terminate their pregnancies themselves using dangerous methods.

Since Roe v. Wade, abortion has become one of the most low-risk medical procedures with a safety record of more than 99 percent. But the ‘abortion ban’ doesn’t just revoke the access to a safe procedure. It also takes away the support delivered by medical professionals.

Since the controversial Roe v. Wade decision, efforts to chip away and weaken reproductive rights have found support, with numerous politicians persistently introducing and backing various bills in Congress that would restrict and criminalize the right to choose.

According to Planned Parenthood, overturning Roe v. Wade would put more than 25 million reproductive bodies at risk of losing access to safe abortions, including over 800,000 Asian-Americans. The numbers are even larger for our POC allies.

Although it seems as if we have lost the battle, the fight is not over. It is important now more than ever to stay informed, make our voices heard and take action.