Culture In the News Religion TrendingJune 19, 2018 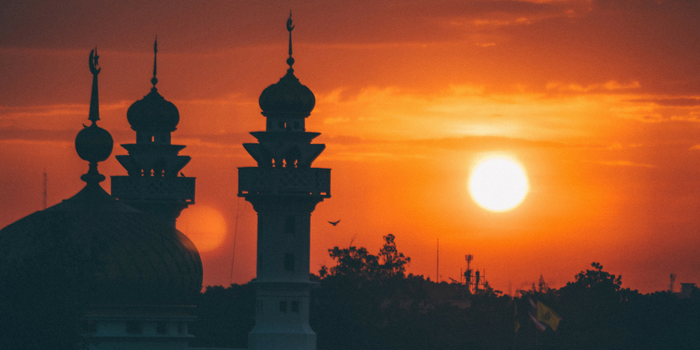 ISLAMABAD — In the latest of mob attacks on minority Muslim sects in Pakistan, Sunni extremists demolished a historic mosque belonging to Ahmadis in the city of Sialkot. The plan was orchestrated by Hafiz Hamid Raza, a member of Pakistan Tehrik-e-Inshaf, during the night and early morning. No worshippers appeared to have been inside the mosque during the attack, and there have not been any reports of casualties.

However, the long-standing persecution and genocide of religious minorities in Pakistan, namely Shias and Ahmadis, have been written into legal codes that normalize these human rights violations. Since its creation, Pakistan has a dark history of inciting harsh treatment against Ahmadis based on differences that don’t coincide with mainstream Sunni’s faith. For more than a century, followers of the Ahmadi community have been ostracized, wrongfully punished and murdered. Restrictions intended to socially, politically and economically extinguish a population continue to exist and are perpetuated by those in power. Leave it to privileged Sunni extremists to brew hatred against a group of Muslims in the name of Islam.

[Read Related: Faith and Solidarity — The Importance of Uniting Against Islamophobia]

A 1974 constitutional amendment declared that Ahmadis were non-Muslim, setting the precedent for democratic disposition. The generation that existed under general Muhammad Zia-ul Haq’s Pakistan (1977–1988) saw Saudi Arabia influenced implementation of a hegemonic Islamic State with the power to strike down laws unrepresentative of orthodox Islam. Since the 1970s, general Haq’s accession to power, the Islamic revolution in Iran and U.S. sanctioned proxy wars have inflamed Shia apartheid.

Ahmadi persecution runs even deeper with children expelled from schools and mosques being repeatedly looted, and forced to close. Mob assaults in 2015 and 2014 led to the exodus of Ahmadis from their respective homes in Jehlum and Gujranwala. A procession of almost two thousand Sunni Muslims fired at worshippers at a mosque in the Punjab province while revering the birthday of Prophet Muhammad in 2016. Hiding one’s religious identity in Pakistan stems not from choice, but from necessity.

Microaggressions towards the Ahmadi communities in the West manifest—in opposition to their presence—in interfaith gatherings, the conscious dismissal of persecution in the global south, and in social outcasting. In 2017, President Trump’s trip to Saudi Arabia exacerbated tensions against the Shia population due to arms deals as well as the vilification of Iran. U.S.-backed Sunni supremacy largely contributes to the denial of Shia Islam as a legitimate faith, subsequently fueling sectarian violence.

Pakistan’s population is roughly 96 percent Muslim and 4 percent non-Muslim. The Ahmadi sect has 10-20 million followers worldwide. Unfortunately, their communities are generally ostracized by large portions of the Muslim community. At any rate, Pakistan needs to be held accountable for minority sect violence. The legitimacy of the religious right must be stripped. Vehemently resisting religious persecution on any level and building movements may help ease the historic oppression of Ahmadis and Shias. Given that Islam is said to be a universal, all-encompassing faith, Muslims also have the responsibility of unlearning their own vices against different denominations in order to attain proper justice.

While diaspora Muslims are rightfully concerned about rampant Islamaphobia in America, we must be equally vigilant in rejecting institutionalized discrimination against Ahmadis in Pakistan while being critical of structures that caused this disposition. Adherence to Islam is based on a simple connection that “There is no god but God and Muhammad is his messenger,” rendering any anti-Ahmadi or anti-Shia rhetoric blatantly un-Islamic. Ethical consistency is required to call out bigotry when we see it.