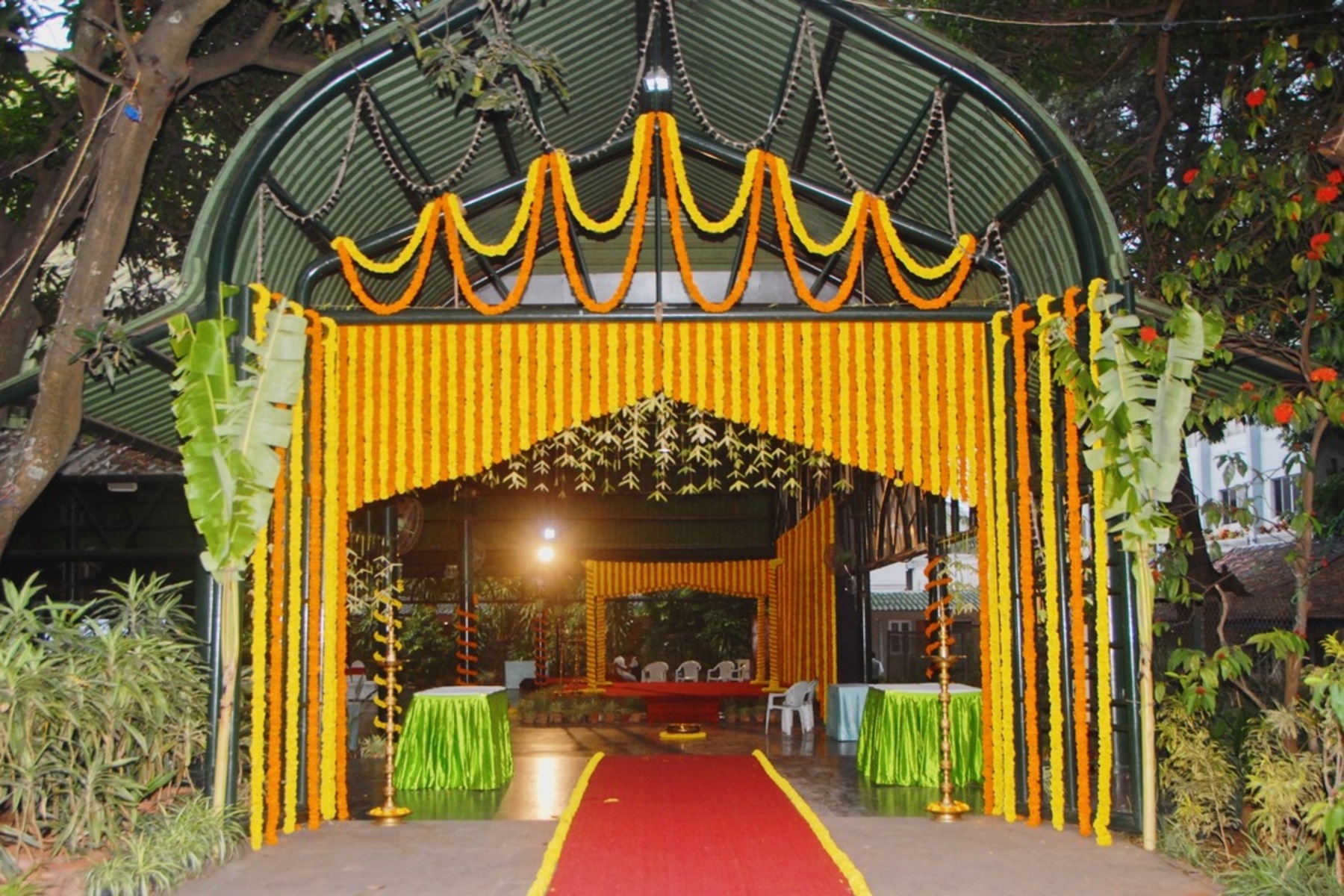 In August 2011, I took a week-long hiatus from my MA program in India and traveled to the US to meet the son of a family acquaintance for the first time and evaluate him as a potential life-partner. When I returned six days later, I was engaged. At the same time the following year, I was on a plane to New York, a ring on my finger, my belongings carefully packed into three matching suitcases and stowed in a crowded Air India overhead cabin.

For as long as I could remember, Indians defined arranged marriage against what we called “love marriage.” Parents directed the former, convinced that their children knew no better than to be lured by physical charms that would not stand the test of time. Arranged marriage, they argued, was a robust solution to the frivolity of a love marriage, grounded as it was in “our traditional Indian culture” with its faith in “our common religious and moral principles.” Love marriage, on the other hand, was simply the “kids” rebelliously challenging their parents’ higher wisdom with idealistic and westernized notions of love.

But this is to make sweeping generalizations and dabble in extremes. The more liberal Indians like to talk about “modern” arranged marriages: Parents propose matches and children (sons and daughters alike!) make the final decision with the parents’ blessings. “India is changing,” we argue. “We are progressing to more liberal views about marriage; our women have more agency because we allow them the freedom of choice” (let’s ignore the paradox of being allowed to choose for now). In “progressive” Bollywood films it is the bride-to-be who delivers a passionate, emotional tirade about choice and equality to a group of dumb-founded adults who are appalled and then impressed that she has a voice at all.

[Read Related: Stop Asking me About and Making Me Apologize for Arranged Marriages]

Wary of judgement, I kept my decision to enter the arranged marriage market a secret from even my closest friends. When I finally gathered the courage to make the big revelation, I was defensive: I hurried to emphasize that my parents simply facilitated (a softer word for “arranged,” I thought) the marriage, that this had been my choice all along. I didn’t want to be labeled “traditional,” which, in the urban India of my upbringing, was synonymous with old-fashioned, backward and conservative. “Traditional” meant not-Western and therefore not-liberal. An arranged marriage would mean betraying my liberal values and giving up my freedom of choice.

As far as my family was concerned, this arranged marriage — my arranged marriage — was not traditional at all! No one had forced the decision on me. I was, after all, exercising my choice, and “choice”—like freedom and agency — is a key liberal value.

However, I found that I was disappointed, frustrated, even wounded, not by my marriage or the circumstances leading to it but by the interrogation about choice and freedom to which I was subject for making a “conservative” decision. Looking back, I realize that my problem was with the assumptions about the nature of freedom and choice that inspired these questions.

I did choose arranged marriage. I had very clear reasons for doing so, but these are irrelevant to this discussion. They are personal. I will not write about, discuss or defend them. What baffles me, and what I will discuss, is that every time I addressed a question about choice, I felt that I was defending myself against the foregone conclusion that we in India — and, by convenient extension, in the East — have regressive ideas about marriage. This in turn seemed to stem from (or consolidate) another foregone conclusion — that the West does not condone arranged marriage because it is understood as coercive marriage and the West is, therefore, liberal. Simplistic oppositions such as these sound warning bells for those willing to listen.

Let me be clear: I am not arguing that choice is a bad thing and that our parents should tell us whom to marry. It does not take a nuanced discussion to criticize coercive marriage, which I, like many others, am against. All I’m saying is that the argument that “choice is good” is so limited that the counterargument it elicits of “no-choice is bad” is just as limited. It ignores the most important and defining feature of choice — that it is not absolute. It is not something that is simply there or not there. Circumstances dictate choices; a host of complicated internalized rules compel them. We don’t need parents dictating rules. Our brains are wired by these rules.

It amazes me to look back to my 17-year-old self and her startling clarity about the kind of future that would be in her best interest and the steps she needed to take to secure it. Never did this grand scheme exclude marriage. No one presided over this vision from a throne, scepter in hand. It was always already in me as the defining paradigm, the filter through which I processed the world. I’m not even saying this was an erroneous, faulty vision. It just was what it was. I will simply spend the rest of my life wondering and venturing theories about what motivated it.

Yet, at 22, before I embarked on that journey overseas to meet my future spouse, my instincts were on high alert, warning me against even liberal advice from peers to “exercise my freedom” and make my “own choices.” I was deeply skeptical also of well-wishers who said they had “allowed” me to choose arranged marriage in “the modern way.” If I were to blindly take my parents’ advice to choose how I wanted to get married – was that really a choice, no matter how sound the advice or how liberal the sentiment? Alternatively, if I listened to my liberal friends telling me to choose “freedom” over arranged marriage, was that a choice?

There is no easy answer to these questions – only caveats and caveats to those caveats. I simply want to point out that a mind plagued by these questions is not exactly “free.” The real question was not about whether I did or did not have “choice.” Having to carefully consider and internally debate the limitations on my choices – that’s what constrained my freedom. It is this inner struggle — and not arranged marriage per se — that scarred me. The seeds of skepticism that the process planted in me are tendered and nurtured every time I am presented with the shiny objects the world around me labels as “choices.” If my choices were compelled, my freedom was illusory. I was only free to the extent that my obligations masqueraded as free choices.

The discussion I needed to have was about why I had only a certain subset of options to choose from, what circumstances limited the range of options available to me, and how much power I had to alter the circumstances that crippled or enabled my choices. People who asked me if I did or did not have a choice in whom or when to marry were posing a question that was impossible for me to answer because it did not account for my experience. The effort to answer them took me back to a dark place within me where I had to confront ideas — mostly negative, stereotypical ideas — about myself that came from living in a world that was hard-wired to be misogynistic and sexist, ideas that always have and will continue to influence all my life’s choices, marriage included.

How could I explain that the foundation for my (albeit “arranged”) marriage was just like that of any other: favorable circumstances, privilege and social mobility, hard love, and adjustment, labor and compromise from a whole community of family, friends and supporters? How could I explain that my parents didn’t “arrange” my marriage any more than dating apps, romantic films, well-meaning family members, pop culture and Hollywood do for those who “choose” their life-partners in the “liberal West?”

More crucially, however, how could I explain to people that I will never stop criticizing the arranged marriage system, which, like any other system, is deeply flawed, biased, discriminatory, ruthlessly sexist, racist, homophobic, ethnocentric, Eurocentric, capitalistic… you get the point. As a heterosexual upper-caste Hindu woman, it was my historical privilege that allowed me even the choices I had. It was my privilege that I was visible to the system at all. What choice does the system offer to gender and sexual minorities or people with disabilities? Does it even see or acknowledge them? How could I explain this to people without repeating the common stereotype about the repressive “Indian culture” silencing women through forced marriage? How could I explain this without letting the “liberal West” off the hook?

Srigowri Kumar (aka Gowri) has a PhD in English Literature from St. John's University, New York. She teaches, reads, writes, thinks and dreams for a living.