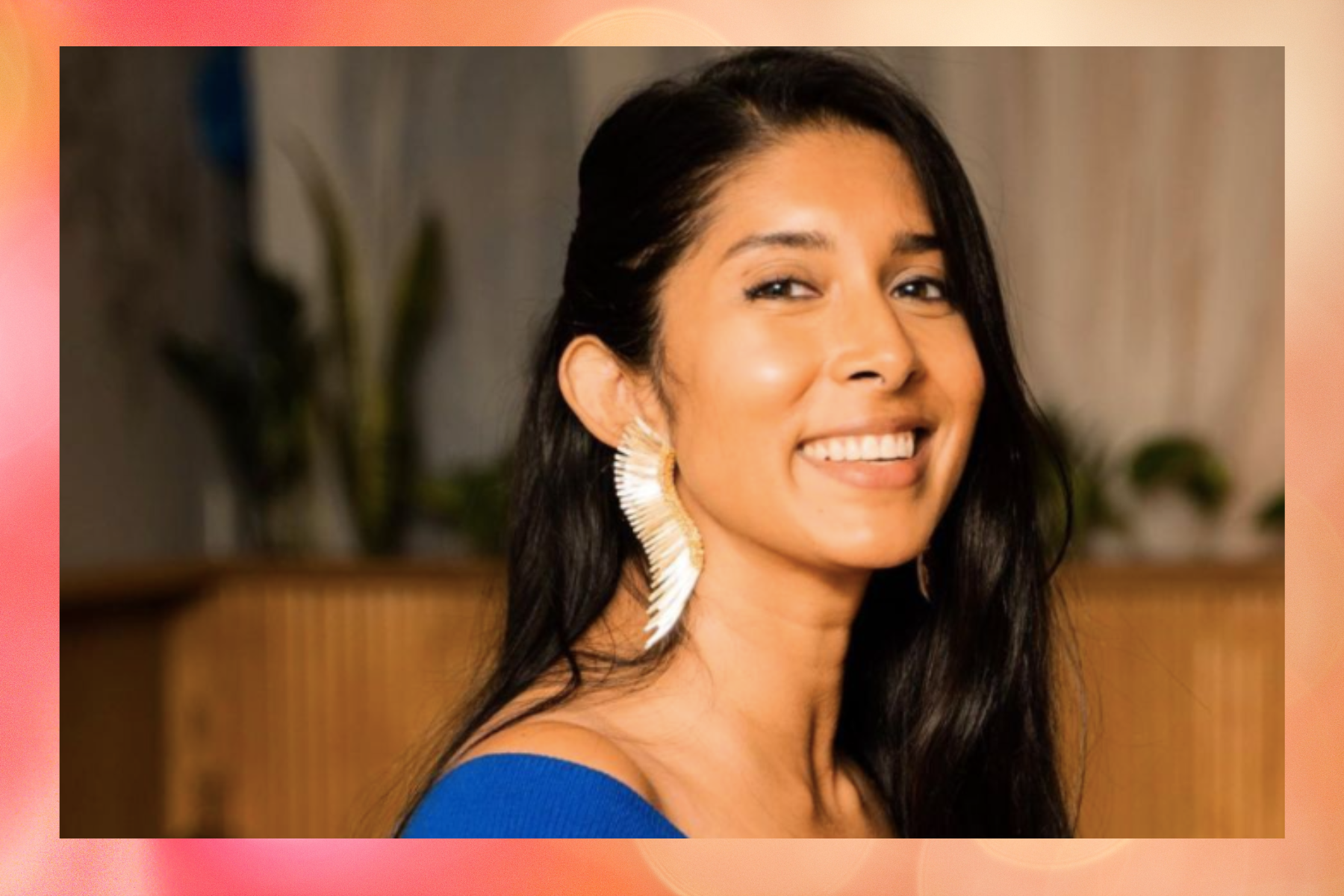 I hung up the phone with “Indian Matchmaking’s” season two participant Viral Joshi, feeling uplifted and joyful that people on reality TV do actually end up finding a happily ever after. There was a minute’s pause before my next call with season one’s breakout star and love-seeking clients, Nadia Jagessar. Clad in an oversized jumper, Jagessar’s bright and beautiful smile greeted me on Google Meet with the same warmth and friendliness we’ve witnessed onscreen. She starts off by graciously applauding my review of the show on Brown Girl Magazine, as I turn tomato red and thank her for her kind words.

Season one ended with Sima Aunty setting up a date between Jagessar and Chicago-based attorney, Shekar Jayaraman. The two seemingly hit it off; figuratively riding off into the golden sunset leaving audiences on a cliffhanger.

Fast forward to two pandemic-riddled years, season two then begins with our Guyanese goddess throwing a mixer for Sima Aunty and Indian Matchmaking’s other tri-state rishta seekers. Jayaraman is already in New Jersey visiting the Jagessar family, and is naturally a prominent attendee of a night of meet and greet cocktails.

[Read Related: A Chat With Indian Matchmaking’s Viral Joshi on What’s it Like to ‘be a Boss, Date a Boss and Build an Empire’]

Things take a turn when Jagessar catches 26-year-old Vishal Kalyanasundaram’s eye with his tall, dark and handsome personality, leading to heartbreak for Jayaraman over FaceTime. But, was it really as dramatic as it was made out to be, or was Netflix just sprinkling chaat masala for global ratings of the show? Jagessar revealed earnestly,

The show’s treatment in terms of filming remained the same, but the editing was truly shocking. There was no context given. Audiences weren’t told that Shekar and I were JUST friends when he visited New Jersey. There had been no conversations of us getting together throughout the two years we’ve known each other. In fact, I’ve been in another relationship since then, and Shekar was completely cool with it. We even hung out together with my then boyfriend!

The internet, of course, left no time for branding Jagessar as the new “villain” of the show. It got even worse after Kalyanasundaram broke her heart, and the Twitterati vehemently rooted for her “karmic” retribution.

All I read everywhere was that I deserved this, that it was karma. Vishal broke up with me since I seemingly “broke Shekar’s heart.” There were lots of versions of “what goes around comes around” and I was baffled. Shekar and I were never together, we’ve only ever been friends. I am not the sort who starts a new relationship while being in an existing one.

This, yet again, brings up the age-old question: Why is the online world so quick to judge a woman but always goes easy on the man?

Honestly, I really don’t understand. Not that I wanted to see them, but there aren’t as many published articles about Vishal breaking up with me, as I have read about me breaking up with Shekar. Even though I wasn’t breaking up with Shekar since we weren’t even together to begin with. I FaceTimed him out of respect, honesty and transparency like Sima Aunty suggested, because that’s the decent thing to do. This wasn’t because Shekar and I were waiting on each other. It was out of respect for him and our friendship.

Not only did Jagessar bear the brunt and the blame for being with a man she liked, but she also had to endure the infamous Taparia lecture for dating someone 7-years younger.

I’m really not sure how long it’ll take us to reach the point of acceptance for dating a younger man. Sure, Vishal and I were together for just six short weeks but we weren’t just giggling away and being immature. We had some really deep and meaningful conversations. I saw that emotional maturity in him which is why I pursued a relationship. Age is just a number! If men can date women 10 years younger, why can’t a woman? What’s wrong with dating a man who’s seven years younger but emotionally mature?

That’s a very good question and most women are just as dumbstruck. This often makes us wonder how clients deal with such comments on reality TV…surely, Sima Aunty’s remarks must hurt time and again.

You know, there’s a generation gap between our elders and us. Sima Aunty means well and is doing her best, but yes, she sometimes can be too explicit in expressing her opinions.

Well, here’s anticipating she tones down a little and isn’t as harsh in season three of “Indian Matchmaking.” Not everybody wants to hear that their checklist is “too demanding” for her non-existent “magic wand.”

I hope she isn’t as blunt but honestly, I wouldn’t know since I’ve decided to opt out of Season 3. I’m not going to be on the next season, but I hope those who are find their happily ever after with exactly the person they’re looking for.

While this is sad news, we’re happy to witness Jagessar share her side of the story. Fingers crossed production will take notice and redeem their editing faux-pas in the future by portraying relationship timelines accurately. Best of luck, Nadia! We can’t wait to see what you’re up to next.

Season 2 of Indian Matchmaking is now streaming worldwide on Netflix.