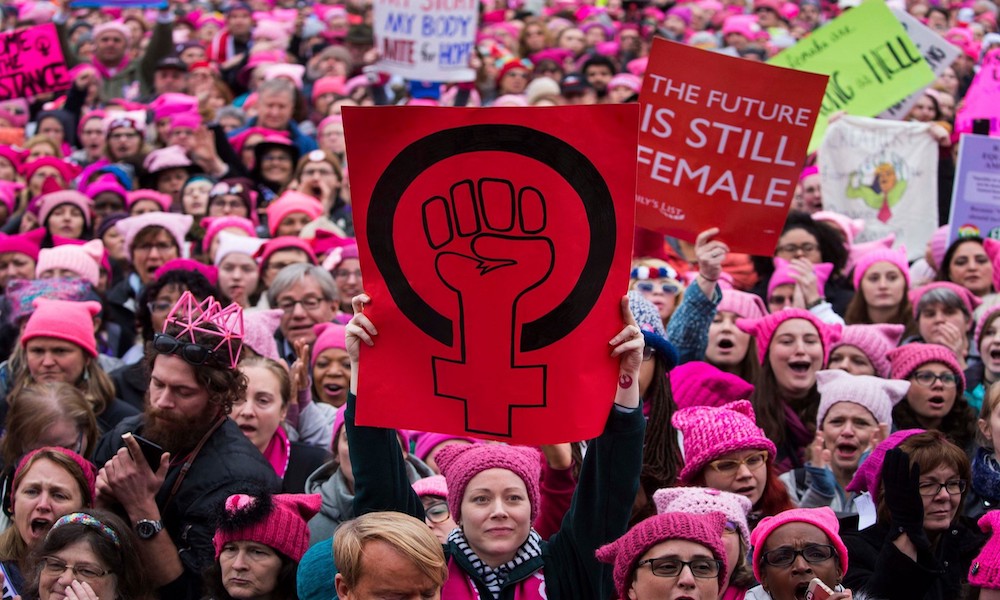 There is something deeply problematic and disturbing if the only way I can convince men that patriarchy is bad is by starting from the premise that dismantling it will benefit them. Here, I focus on the South Asian-Muslim context in particular. Yes, I am aware that starting from this position puts men at the centre of our happiness and well-being. It is a bit like making the case that being anti-racist is good for white people. At first glance, my argument seems to ignore the unjust and cruel actions that oppressed people, in general, and women, in particular, and certainly does not make the case that oppression is bad for the people being oppressed. But I think the reason this approach has not worked in the past, perhaps, is because there is very little benefit involved in sharing power for the oppressor through a more equitable structure. It has also not worked in the past because we live in a patriarchal society, where our cultural practices are deeply intermeshed with religious beliefs. It becomes rather difficult to separate toxic strands of patriarchy that are tightly woven into our married lives from religious practices when one is constantly treading on eggshells. This is why we need to revisit this issue from another angle.

In my personal and professional experience of talking and listening to men and women at different points in their married lives, I have noticed how patriarchy has been the root cause of many failed or unhappy marriages and relationships. For instance, many of my female friends have shared their stories of physical, psychological and verbal abuse that they have experienced at the hands of their husbands, mothers-in-law or sisters-in-law. Too many times I have heard how the mother-in-law not only idealises her son, excusing every wrong action he commits, but that she will also go out of her way to ensure that her daughter-in-law’s life revolves around the schedule, the likes, and dislikes of her household.

This control can include anything and everything from ensuring the daughter-in-law consults all her in-laws before deciding which dish to cook lest her choice of food offends her mother-in-law, to more serious aspects like pressuring her to give up her jahez and/or forcing her to sell her assets to help her husband’s business. It can also include keeping tabs on the daughter-in-law’s phone calls, forcing her to keep her visits to her parents’ home at a minimum and controlling what she wears and who she is permitted to talk to. It can also include unrealistic (verging on unsafe) expectations, such as assuming an expectant mother-to-be nearing full-term will be able to wait on her husband hand and foot when he comes home from work. In all scenarios, the experience is traumatising for the woman subjected to this oppression.

[Read More: Want to Be a Better Ally For Women? Ask Them How. That’s What I Did.]

It is important to note that in order to maintain the structures of patriarchy, men are not necessary. In fact, as I have suggested above, in many situations the oppression and abuse are committed by women against women. This act of horizontal violence takes place because women have internalised patriarchy and misogyny. They genuinely believe that women should always occupy a lesser rank than men. Moreover, maintaining this image of men as the leader of the household also benefits those women who are closely related to this man. In many instances, the mother-in-law and sister-in-law can hold a position which allows them to exercise greater control and power over the wife, simply because they have a longstanding association with this man.

So how does sharing power within a relationship help men? It is naïve to assume that when a couple is going through turmoil in their relationship, or when their marriage has ended, the man in this relationship would be devoid of any feelings. Men will experience the same range of emotions as women, from frustration to anger to sadness. The difference is that our patriarchal culture does not allow them to express their emotions in case they are perceived as less “manly.” It also does not help that the messages that men receive during this difficult time encourage the subjugation of women, often reminding men that they can choose to remarry again if their problems are not resolved. From attending khutbahs every Friday that habitually make women the butt of jokes or as lessons of frailty and deceit, and the tenet for upholding a household’s izzat and modesty, to the toxic workplace environments that reward women only if they surrender themselves completely to the whims and will of their male bosses—there is very little incentive for men to consider the benefits of looking after his wife’s well-being and happiness.

For a community that is obsessed with religious doctrine, our spiritual and religious leaders do very little to address family issues in their speeches. How many religious leaders have given sermons on how to manage relationships, how to respect the respective rights of a wife and the mother without pitching them against each other? Ironically when we want to preach about modesty and izzat, our religious leaders have no issues in drawing examples from Islamic history. Why can’t they discuss examples from Islamic history that illustrate how happy marriages can develop by sharing power between couples? Why can’t they share examples where women were recognised as individuals in their own right, and not just known by the men in their life? The deliberate dismissal of women’s agency, their accomplishments and their identity in public discourse has adversely affected men and women in their private lives.

The public discourse that reinforces men as stoic and detached has done men more harm than good. They learn to equate strength as dominance rather than with empathy. This may explain why some men become more steadfast in their stance in a fight as opposed to engaging in a dialogue with their partners. They might win the fight, the argument or (worse) maintain their image as the leader of the house, but in doing so, they destroy their relationship, their trust, and their emotional self. Each bad incident makes them less and less sensitive to their partner’s and to their own emotional needs. They become less of themselves and more of what a toxic culture expects them to be. Unless men challenge and dismantle this toxicity and patriarchy, it is inevitable that they will be controlled by false notions of manhood that seeks to punish them for acting any different to toxic versions of masculinity and celebrating them when they continue the cycle of abuse, violence and fear within their families.

Dr. Sana Rizvi is a Lecturer/Early Career Academic Fellow in the Division of Education at De Montfort University, Leicester. Her teaching interests lie in qualitative educational research methods and special education needs/disability. Her research interests encompass disadvantaged, marginalized and vulnerable communities, disabled students’ experiences of primary, secondary and higher education, research ethics, and she is also keenly interested in deploying feminist methodology such as intersectionality in research with mothers from minority backgrounds.