Feminism In the News Social ActivismJanuary 21, 2019 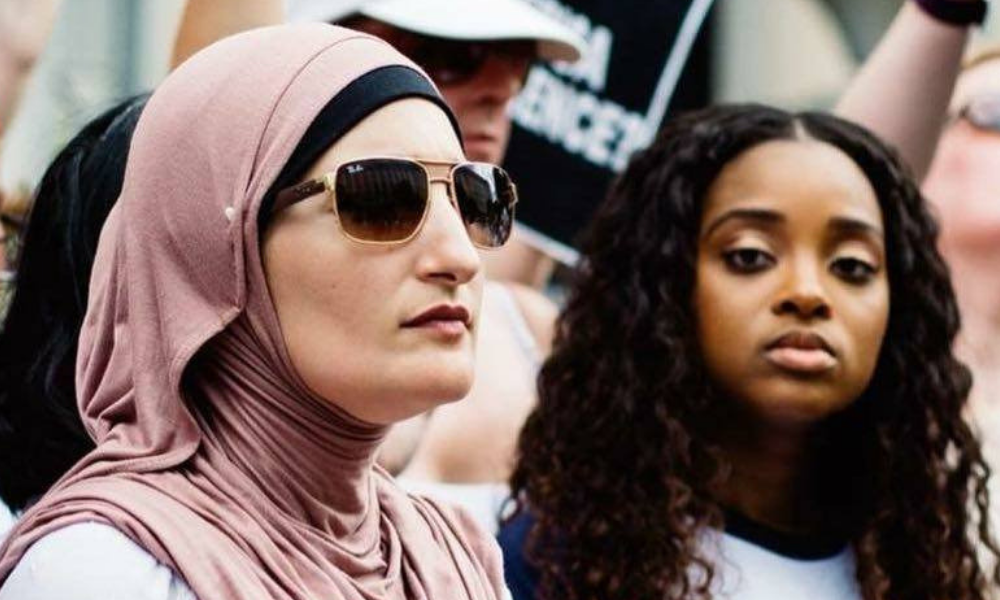 Tamika Mallory, the co-founder of Women’s March Inc., was recently scrutinized for her affiliations and comments on Louis Farrakhan. Farrakhan is an American black nationalist and minister of the religious group Nation of Islam, he has outwardly expressed anti-semitic and homophobic views. Given a chance to explain the controversy, Mallory went on ABC’s The View to discuss Women’s March Incorporated’s intentions and beliefs, yet despite saying she does not agree with Farrakhan’s rhetoric, Mallory never condemns his anti-semitism when explicitly asked by the show’s co-host Meghan McCain.

When I first watched the segment, I believed Mallory should have explicitly condemned Farrakhan’s behavior. If Farrakhan’s worlds are truly not “[her] language, nor how [she] organizes,” then condemning his viewpoints should not be a problem.

[Read Related: Global Sisterhood— How the US Women’s Marches and India’s #IWillGoOut Movement Made Similar Statements]

However, McCain’s interrogative approach to questioning the validity behind the Women’s March was both concerning and uncomfortable. The late senator’s daughter remarked that the Women’s March Inc, is “anti-semitism masked as activism.” To make this claim discounts the purpose of this march as well as the work all women have put in to make it impactful. McCain’s “argument” seemed calculated. She swiftly changed the pressing issue of anti-semitism to the Women’s March being exclusively against her political party. Her ulterior motive to “grill” Mallory was a partisan effort to claim the Women’s March didn’t invite conservative or pro-life women.

If McCain truly understood the historical and cultural ties behind the impact of Jewish hate speech, she wouldn’t have included her personal convictions against the Women’s March in the same sentence about anti-semitism. But, if it makes McCain feel better, I didn’t receive a formal invitation to the Women’s March either.

While I’m still conflicted about Tamika Mallory affiliations with anti-semitic sentiments, I believe viewers need to take The View interview with a grain of salt. The conversation of this controversy should not have been conducted by McCain, who already has personal, partisan bias to the corporation.

Additionally, for McCain to target a prominent African American activist leader and generalize her labor as invalid is telling to her privilege and entitlement. The story behind the strained relationship between white women and women of color—specifically African American women—is curated by a lack of transparency and trust in intention for one another. People are supporting Tamika even more now because they saw a white woman attack the reputation of a prominent female black leader. This very interaction distracted people from the inherent offenses Tamika has caused to the Jewish community by not condemning her ties to with Farrakhan’s words.

‘I should never be judged through the lense of a man,’ Mallory said.

No, Mallory is not responsible for Farrakhan’s actions. However, her rhetoric to use sexist ideology (“judged through the lens of a man”) to distract the audience from her inability to apologize or condemn antisemitism should not be overlooked. This tactic is inherently the same reason behind why we hate “White feminism.” White feminism focuses on issues solely relating to white women in America, but the term can be used for any women who solely look at feminism through a singular lens. The world’s quandaries intersect, and feminism can’t solely fix everything. As advocates for gender equality, we must understand that discussing race, religion, the environment, and socioeconomic status are all integral to the discussion of creating a more equitable society.

Ignorance can still exist in the feminist movement, and it often does. Until we start having productive conversations that are meant to support each other’s intellectual journeys rather than attack them, our movement will inherently regress. I want us to realize that the need for intersectionality transcends beyond the “white man privilege” complex. We must all look at the biases we hold and push ourselves to make our activism more intersectional. I hope both Mallory and McCain can both do so, so we can start having effectual discourse.

While the Women’s March is now over, and some decided to participate, whereas others decided to opt out, the feminist community still needs to navigate how to tackle these issues that streamline alongside gender inequity. The controversy of Women’s March Inc. is not over. Just as our activism shouldn’t stop after the Women’s March, neither should this conversation.