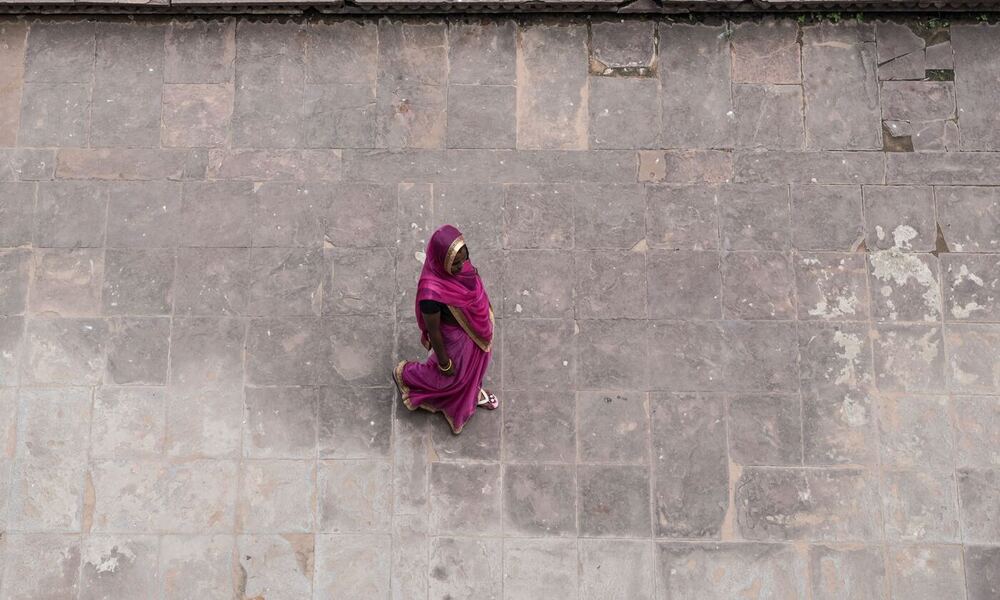 In recent years, the association between right-wing nationalism and masculinity has strengthened—particularly, national strength and hyper-masculinity have long been united by a shared foundation in chauvinism. Therefore, it is not surprising that certain right-wing nationalist movements have utilized this in order to gain momentum from their male supporters and in turn, subordinating the rights of many women.

Whilst there are many cases of nationalism fostering chauvinist masculinity across the world, the recent elections in India invite us to think about the way in which the BJP, which is the Hindu-nationalist party in India, has mobilized politically on a Hindu identity in order to gain electoral success in the upcoming elections.

The Bharatiya Janata Party (BJP) is the largest political party in the world whose membership is said to comprise over 130 million members. They also happen to form the majoritarian government in India, entrenched to the right of the political spectrum. The bedrock of their party’s core values is a commitment to a Hindu nationalist position, amongst a fidelity to social conservatism and right-wing populism.

[Read related: The Period is Political and Religious: Discussions of Menstruation in India]

Historically, they have praised the Hindutva ideology, which is said to protect, develop and spread Hindu values in modern times. However, the gender politics of the Hindutva ideology that they subscribe to has put a disproportionate amount of value on honour, purity, and conformity, which has had an adverse impact on Indian women.

The significance of the ‘temple ban’

For example, the BJP has exemplified support for the temple-ban for menstruating women, which is tied to an archaic belief that during this period, women are ‘unclean’ and are deemed unfit to be around deities in the temple.

In January 2019, two women in Kerala tried to resist this ban. Ms. Kanakadurga and Bindu Ammini defied the convention by entering the Sabarimala temple in the middle of the night, escorted by policemen. However, this action sparked violent protests to break out across the state.

Whilst the Kerala state government, which is notably left-wing, organized support for the women by backing a protest by thousands of women, other parties staunchly opposed this. The BJP regarded this to be a conspiracy by the atheist rulers to destroy the Hindu temples. In creating a dichotomy between these so-called ‘atheists’ and ‘Hindus,’ the party attempted to polarize the two sides as a means of constructing a dogmatic Hindu identity revolving around ostracising Hindu women as atheists when they fought for their rights. Prime Minister Narendra Modi also claimed that the temple issue was not one based on gender inequality but on religious tradition, further neglecting the way it perpetuated the stigmatization of menstruation and women’s bodies.

What does this mean for the future of women in India?

The BJP’s commitment to social conservatism suggests a bleak outlook towards defending women’s rights in India. Whilst they have made some progress towards tackling issues of gender inequality such as the banning of ‘triple talaq’ and subsequently criminalizing the practice, their wider policies appear to be more performative, rather than a substantial stance towards eradicating issues at the core.

Beyond the bandages that the BJP plasters over other deeply institutionalized issues, there has been a lack of commitment towards addressing the plethora of gender-based issues and violence that plague thousands of women every day. Female infanticide, inheritance laws, dowry pressure, and sexual harassment still remain rife in the country.

I do not intend to use these simply as bartering points in a list because I understand the gravity behind each one of these issues. However, the overlapping concern is that these problems are rooted in deeply ingrained bigotry that continues to subjugate women in the Global South.

What is the course of action?

The moral policing of women’s bodies has unfortunately been another political tactic used to gain leverage and support from a predominantly conservative male sect of the populous.

It is not easy to outline a single solution because legislative change does not imply a change in mindsets. Whilst implementing new laws to protect the rights of women would be a constructive action on the part of the BJP, I also believe they should invest in political education.

[Read related: On Religion and Menstruation: How Fighting Taboos Starts at Home]

Inculcated gender biases cannot be removed overnight; they require a deconditioning and a process of unlearning that erases hundreds of years of entrenched beliefs, some of which were fortified in the colonial era. Therefore, the BJP should take accountability and instill a system of institutional education, which advocates for gender equality in public institutions such as schools and workplaces. Whilst this is one step out of many, I believe it is a starting point.

As a Hindu woman living in Britain, I am aware of my privilege, but seeing the way in which my religion has been distorted to fit a political agenda is concerning. My understanding of Hinduism as a religion of plurality and peace is not reflected by the actions of the government. I am also aware that I have been raised in an environment that did not reflect these gender biases so explicitly, and therefore I find it easier to challenge these conventions. However, I urge my fellow British Hindus to continue to tackle these prejudices because the first step towards change is through individual action.

Riddhi is an undergraduate at UCL, studying Comparative Literature. She is an avid bibliophile and feminist and has loved reading for as long as she can remember. This has also developed her own interest in writing; she now writes for a range of student and youth publications both within and outside of her university. As a British-Indian, she has loved reading and studying diaspora literature and post-colonial fiction, because much of it reflects her own experiences of having a ‘dual identity’. Aside from literature, Riddhi is especially passionate about politics and loves learning about the latest political developments, particularly within the realms of gender and identity politics. In her free time, often to de-stress, she loves drawing, painting and eating paneer. Riddhi would like to use writing as a medium to draw to light the important issues, as well as achievements, within the South Asian community.