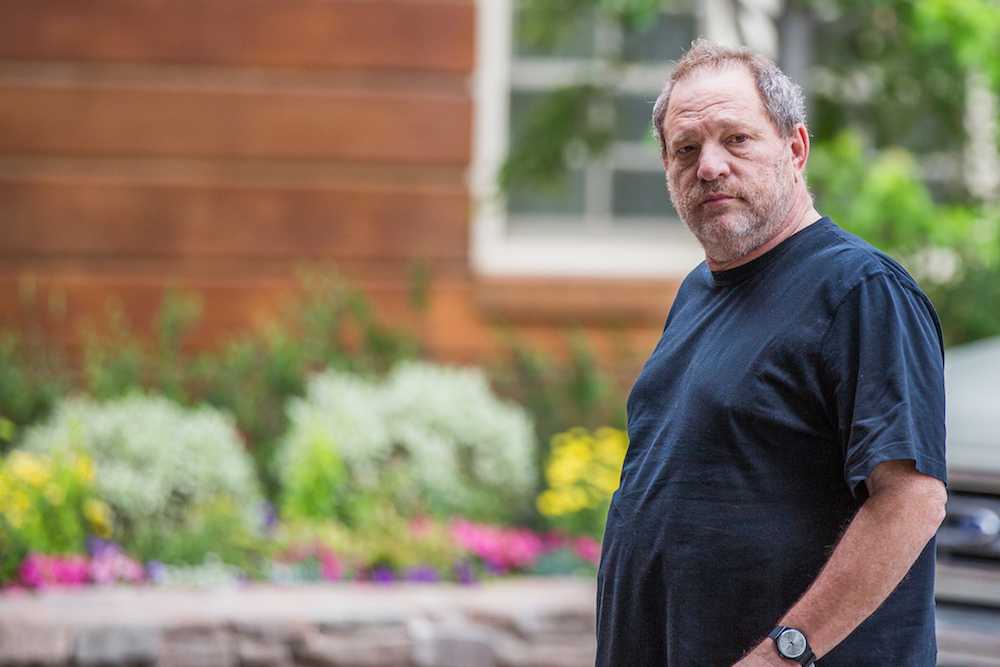 With the recent allegations of sexual harassment and assault against film and TV producer, Harvey Weinstein, people are finally starting to speak out against abuse of power by men in Hollywood and beyond and the mistreatment of women, especially in the workplace. Weinstein has been fired from his company, The Weinstein Company, he has been expelled from the Academy, and many within the Hollywood community have come out against him as more and more accusers step forward and share their stories.

Brown Girl Magazine is proud of those using their voice against a man who has preyed upon countless women, and now we’re seeing our newsfeed flood with countless posts and messages from brave women who are taking the hashtag #MeToo to indicate that they have been sexually harassed or assaulted.

You Reap What You Sow

“They don’t always come in the form of people you don’t know and aren’t comfortable with. They can be people you know. People you interact with. People you smile and say hello to, and think nothing of. I didn’t know all this then, but I know it all too well now. I remember going back to his room, to as he just said, ‘hang out.’ I calmly sat down and grabbed the remote, flipped through channels. And then he came out of the bathroom. And in only a matter of minutes, my entire life changed. I remember my arm twisted behind my back, still clutching the remote. Saying, “stop you’re hurting me,” didn’t make it stop.

There’s this trend of people preying on other people, and getting away with it for so many reasons. In Weinstein’s case, it was his affluence in Hollywood that let him go so long without any implications. It was also the victims’ fear of not being believed. People automatically assume that the victim had something to do with it. That they were assaulted, harassed, etc. because of something THEY did wrong. People don’t get into situations like these because of their clothes, or their bodies. It’s because people like Weinstein exist. Harvey (and yes, I’m going to refer to you by your first name, because you aren’t worthy of any respect), if you’re listening, there’s a saying that says, ‘you reap what you sow.’ You sowed, now reap.” — Vaidehi Gajjar

The Socialization and Entitlement of Men

“The way we socialize the genders is the root of the problem. The typical mentality goes: if you can’t control men from their sexual urges, you control the women by asking them to cover up and be more conservative in their actions. So, then what’s your excuse when the newspaper headlines read that a baby girl was raped and killed? Are you still going to ask what she was wearing? The problem isn’t women’s bodies—it’s the socialization and entitlement of men.

Our cultures are so deeply rooted in the patriarchy that we even ignore the plight of men who have been harassed. The irony of the Harvey Weinstein situation is that the victims are being blamed for ‘not speaking up sooner’ while celebrity men are being praised for their empty words condemning sexual assault. Media has normalized sexual harassment and assault targeted at women. Words are nothing without action. Send positive messages through your medium of art. Socialize children differently. Stop normalizing sexual harassment as signs of love and affection, especially in South Asian films and music videos. Harassment, assault, and rape are about control and nothing else.” — Ravleen Kaur

“When there are allegations of sexual abuse or assault, I often hear things like, ‘Well, why didn’t you come forward earlier?’ or ‘Why didn’t you speak up when you saw something?’ I think there are many reasons why people don’t report sexual assault immediately.

First, you have gender issues. Men will often not report because some men will feel that they are compromising their masculinity by making an allegation. For women, there’s the issue of people discrediting them or accusing them of being hell-bent on ruining the abuser’s reputation. Second, there’s the actual process of reporting abuse. Many people get backlash from their peers and even authority figures for speaking out. Also, rape kits are regularly ignored within police departments and when someone is so emotionally hurt, talking about the abuse can reopen an old wound.

I think the way to combat these two major issues is to believe the victims and their stories and create a better system of reporting sexual abuse. We as a society have to move past our paleolithic views of race, gender, and sexuality. We also have to understand the underlying power structures that are apparent. These all seem to really far-fetched, idealistic goals. However, in the present, we can start to move toward these targets by not staying silent when others are experiencing sexual violence. We have to speak up for those who are too scared and approach these situations with empathy.”  — Marina Ali

Nothing is Worth That Agony

“One of my first jobs in the United States was in an Indian-American consulting company. As a migrant worker, your status is dependent on your employer, and you live with the threat over your head that they can pull your status. My faith in my co-workers and countrymen was severely shaken in my few months there.

Every day there was harassment from my bosses and the owners of the company. They’d tell me what to wear (no dress code in my contract), and then tell me I didn’t wear enough makeup. Everyone I talked to told me, this is just stuff that one has to put up with if you want to live and work here.

Finally, I lost my job when one of the bosses decided to hire his wife for my position. I was told she dressed better than me and wore makeup, so she was better ‘qualified.’ I didn’t get paid for the last two months until one of my male friends dragged me back to the office and demanded that they pay me or he’d report them to the Labor Department. I was grudgingly then given a check. It was one of the worst experiences I have had working anywhere, but since then, I’ve always spoken up openly in the workplace when I’ve felt wronged. I also learned to care less about losing my job and status. Nothing is worth that agony.” — Anonymous

This is for the Silent Women

“If you’ve never been harassed or assaulted then you don’t understand the magnitude of the problem, so don’t pull that shit, ‘why didn’t she speak up sooner.’

Do you know how brave a woman must be to hold this horrible truth inside of her? She must have to shower twice as much to rid those dirty fingerprints off her body and she must run away from every mirror she passes in order to avoid making eye contact with herself.

This is for those brave women who kept quiet because you don’t get enough credit for holding onto this burden…and sometimes you do it for life as if it were a 100-year jail sentence.

To all my friends and women far and wide, I applaud you for sharing your stories…for breaking away from the truth and the guilt you’ve had to carry for years and maybe even decades. And because of you, maybe our daughters will never have to carry the same burden as you. Just maybe, #MeToo will disappear because no woman will have to suffer.” — Trisha Sakhuja-Walia

“When I was 21-years-old I experienced unwanted sexual advances that progressed into forced touching of my body parts underneath my clothes while I was pinned down for several minutes before I could struggle free.

I, in a sense, ‘moved on’ from it but you don’t ‘get over’ things like that you just learn to live with them every day. I have vivid flashbacks, along with nightmares which can cause me to become anxious. I don’t often get great sleep despite the seven years that have passed since that incident. But I do know that I’m ‘one of the lucky ones,’ the situation I was in could have been worse, and sadly, many women experience much worse.

How do we fix it? We can better educate our children and it goes without saying that we should do this but we can also take real action.

Someone who I’m truly inspired by is Gretchen Carlson, she’s known for her case against FOX’s ex-CEO Roger Ailes —who sexually harassed her in the workplace. She went on to write legislation to remove arbitration from employment and consumer contracts, so corporations would no longer be able to keep these behaviors a secret. If Congress passes her legislation it will land on President Donald Trump’s—who also has a long list of sexual harassment accusers—desk and he would be forced to sign it.

But, right now, we need to talk to one another. Remember your voice is important. Sexual harassment happens often and if movement’s like #MeToo can show just how often it does then it’s good that the world can see it. It’s good for people to share their stories and get that burden off their chests. It’s good to connect because even as lonely as we can feel — we are not alone.” – Kamini Ramdeen